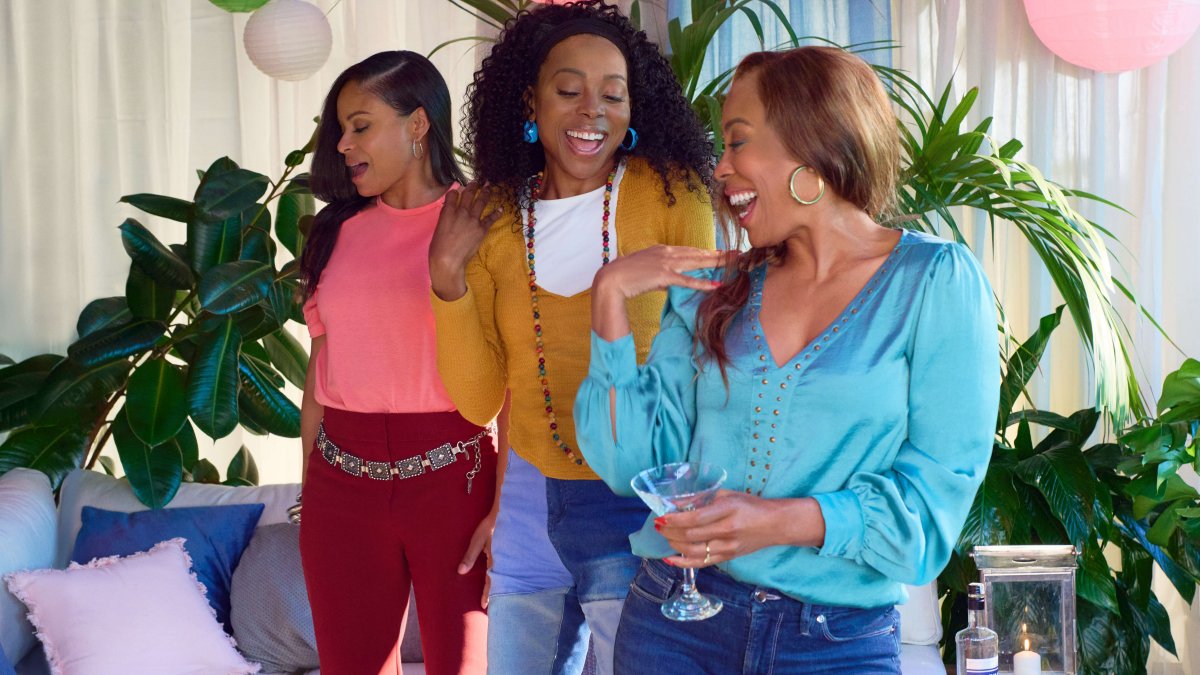 A new brand of Hallmark movies kicks off in a big way with Sunday’s premiere of Unthinkably Good Things, the first film under the network’s Mahogany label.

What You Need to Know about Mahogany

“The slate of movies are rooted in the iconic Hallmark greeting card line of the same name. Mahogany will expand Crown Media’s content offerings with powerful storytelling that exemplifies Hallmark’s core ethos – family, community, human connection, positivity and the transformational power of love – through the unique lens of Black culture.”

What You Need to Know about Unthinkably Good Things

-The movie was filmed entirely on location in Italy

-At the heart of Unthinkably Good Things stars a trio of familiar faces: Karen Pittman (The Morning Show); Erica Ash (Survivor’s Remorse); and Joyful Drake (The Quad and Let’s Stay Together)

-The story blends a lot of themes including, love, friendship, sisterhood, second chances, the black experience and starting fresh.

–The Synopsis: At a crossroads in her career and love life, Allison (Karen Pittman) is in need of the love and support of her two friends Melina (Joyful Drake) and Reesa (Erica Ash). When they visit her in Tuscany, the reunion causes each woman to reexamine the state of her own life and relationships. While they have different personalities and perspectives, they know each other’s truths and help to make life-changing decisions. Between the good wine, delicious food, a healthy serving of romance, set against the beautiful backdrop of Tuscany the three women relish in the importance of friendship and inspire each other to make this next season the best one yet and to take the leap to pursue the life and loves they have always wanted.

–Our Take: What Unthinkably Good Things does well is serve up a heavy dose of female friendship but, at the same time, doesn’t skimp on the search for love. Each woman in this story has her own personal and professional struggles or obstacles to experience. And each of their relationships are in different stages. There’s a love that’s in the midst of unfolding; there’s a marriage that’s feeling a bit rocky; and there’s even a meet-cute moment introducing a brand new duo. It’s a very relatable movie featuring women striving to live their best lives.

Karen Pittman (Allison): Pittman is a rock star with roles on major streamers. On Apple TV Plus, she’s Mia Jordan on The Morning Show. On the first season of HBO Max’s And Just Like That, she played Dr. Nya Wallace. And during the third season of the Paramount+ series, Yellowstone, she played Willa Hayes.

Erica Ash (Reesa): Ash is best known for playing the formidable M-Chuck Calloway on Starz’s Survivor Remorse. Since then her credits include BET’s In Contempt and appearing in shows like the CW’s Legacies, Netflix’s Family Reunion and she did an episode of HBO’s A Black Lady Sketch Show.

Joyful Drake (Melina): You may know Drake as Tasha on BET’s Let’s Stay Together. More recently she recurred on Starz’s P-Valley. She has a lead role as a top marriage and sex therapist on the upcoming ALLBLK drama Hush.

Jermaine Love (Lucas): Love is quickly racking up Netflix credits. He’s in the streaming network’s Rogue Warfare trilogy as well as episodes of Outer Banks and Lucifer. Plus, he’ll be visiting the world of Sweet Magnolias during the show’s upcoming third season.

Heads Up
Pro tip: Keep an ear out for the music in Unthinkably Good Things. More than your average Hallmark romantic comedy, its soundtrack is significant and adds to the quality of the movie. Jill Scott’s “Golden” is an important track.

Rizzoli & Isles Preview: “In Over Your Head” [PHOTOS]