Previewing Aurora Teagarden: Reunited and It Feels So Deadly 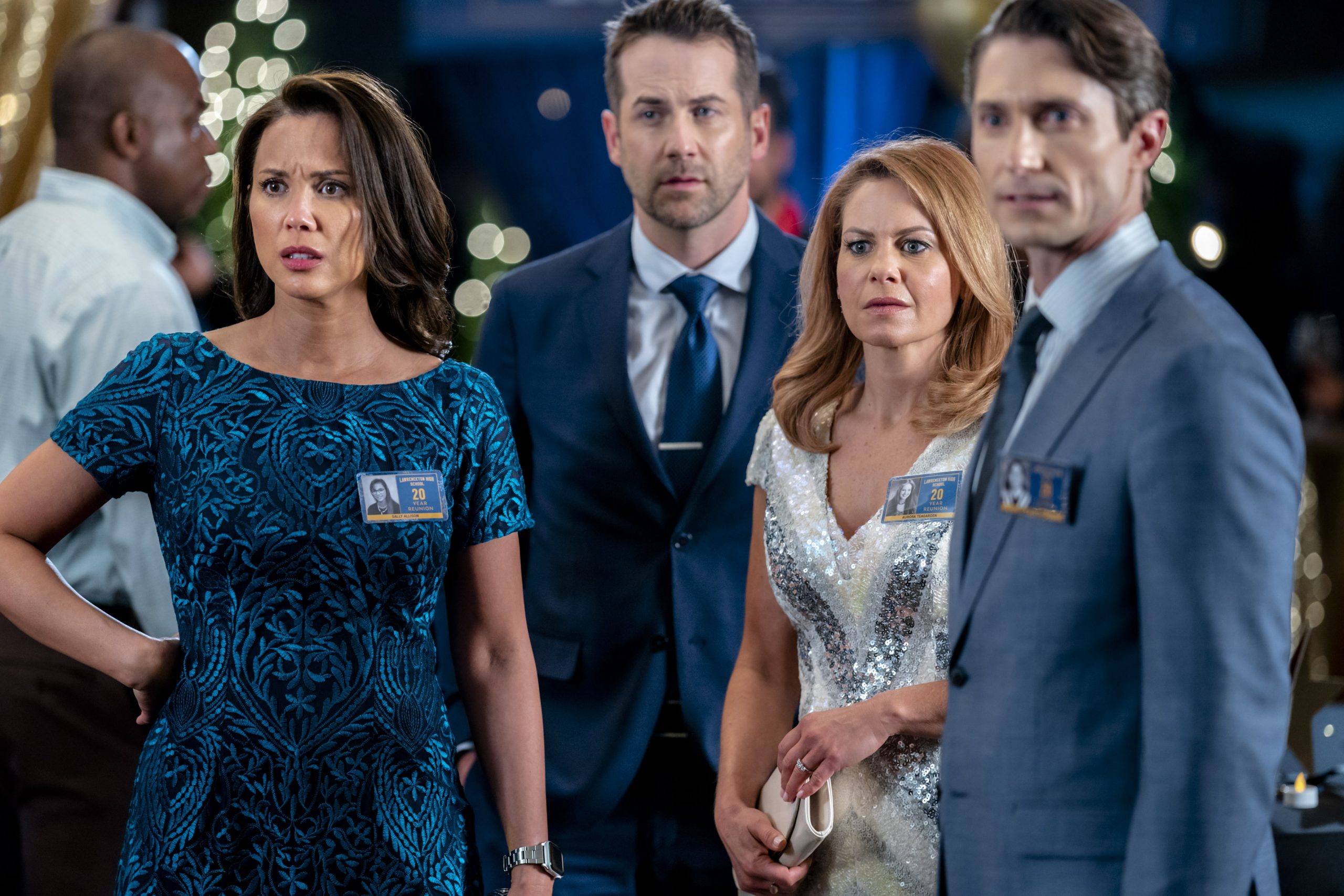 The last mystery of the year rolls out tonight on Hallmark Movies & Mysteries with the premiere of Aurora Teagarden: Reunited and It Feels So Deadly at 9 pm/8c.

The first outing since Nick proposed to Roe finds the couple heading to Roe and Sally’s 20-year high school reunion. When the former Prom King is found dead in the hotel pool, the Real Murders Club assembles to investigate, focusing on three suspects from Aurora’s past.

That leads Roe down a rabbit hole of re-examining past relationships vs. the one she’s found now with Nick. That begets some really lovely scenes between the couple, as well as one between Nick and Aida. Martin Wood again directs a script by Teena Booth based on a story by Booth and Jim Head.

Aurora Teagarden: Reunited and It Feels So Deadly premieres at 9 pm/8c on Hallmark Movies & Mysteries after an all-day marathon, including Heist and Seek from May, and repeats just once before the Christmas movies begin, on Wednesday at 9 pm/8c. [Updated: 1/7/21: The film encores at 8 pm/7c on Sunday, 1/10/21 to kick off a new season of mysteries and then goes into heavy repeat rotation through February]. Here’s a sneak peek.

Haven Preview: “The Trouble with Troubles” [VIDEO and PHOTOS]