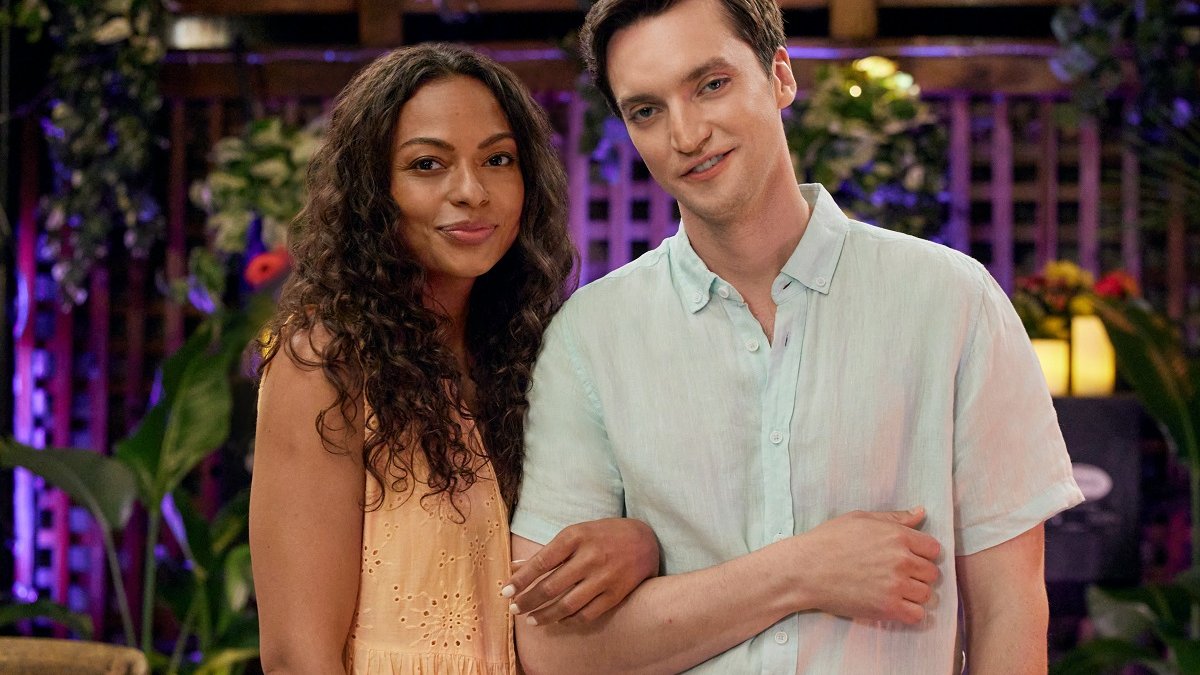 We love a good sci-fi/Hallmark crossover and Saturday night on Hallmark Channel and W Network, the Continuum and The 100 worlds gets a fun revisit as Davida Williams and Richard Harmon co-star in tennis-themed romcom Game, Set, Love with Harmon’s Continuum co-star Roger Cross, directed by Harmon’s sister, Jessica, who directed him in The 100 (and recently helmed Rip in Time for Hallmark Movies & Mysteries).

Here’s what we can expect:

Taylor (Williams) is a former professional tennis player who retired from the sport
following the passing of her mother so she could be there for her father, David (Cross) and now teaches tennis to kids at the local club. Her former doubles partner, Ashley (Jennifer Khoe), asks her to coach her and her new doubles partner, Will (Harmon), a player whose reputation and career are in need of repair thanks to his hotheaded antics on the court.

Taylor reluctantly agrees and though she and Will clash at first, she’s surprised to discover a different side to him. Even more surprising is when Taylor finds herself entering the doubles tournament with Will after Ashley is sidelined by an injury. As Taylor and Will spend more time together while they get ready to compete, the pair learns they just may be a perfect match in more ways than one.

The movie is the first Hallmark project for Williams and Cross, and Richard Harmon’s first return since a 2015 installment of Garage Sale Mysteries. It’s nice to see them here, and it’s fun timing ahead of Monday’s start of the US Open. You can also catch Harmon soon in Netflix and CBC Gem series Fakes, and Cross is back on The CW this fall for the final season of Coroner, which completed its run on CBC in the spring.

Game, Set, Love premieres Saturday at 8 pm/7c on Hallmark Channel in the US and W Network in Canada. Here are a couple of sneak peeks.

Surface S1 Ep7 Preview: "It Was Always Going to End this Way"

EXCLUSIVE Under the Dome Preview: “Love is a Battlefield”