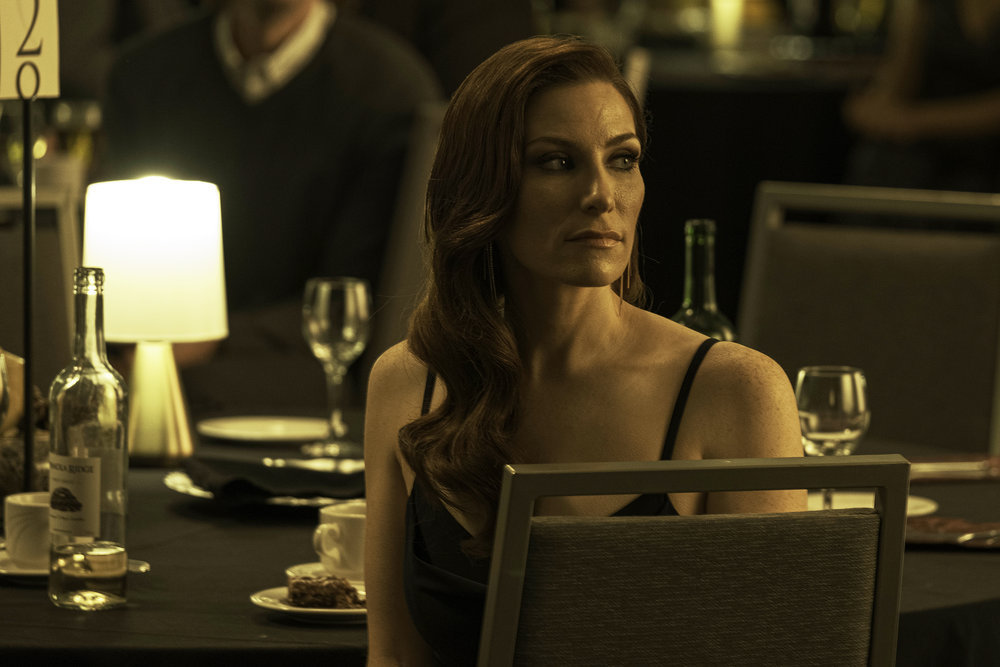 Friday night, on an all-new episode, it’s almost time for Susan to receive her Platinum Ring of Esteem as a top agent but first the Roman Agency has to deal with a boogedy that follows them back to the office and then starts body jumping. That forces them to quarantine together and wait it out.

The bonus of is that it then channels things best left unsaid, so all polite niceties are left in the dust when the truth bombs start dropping left and right. Soon it becomes a race to shut the thing down and shut the thing up.

The boogedy also sets up a PR nightmare and a hella awkward night for Susan when she worries she’s on her own for the gala that should be a big night. But she should know better by now. And the ensuing scene is both awesome and badass.

The funny, emotional, sweet, and terrifying (as they do) episode was directed by Danishka Esterhazy and written by George R. Olson.

SurrealEstate airs Fridays at 10 pm/9c on Syfy in the US and CTV Sci-Fi in Canada. The first six episodes are now streaming on the networks’ websites, and you can catch our previews and interviews with Tim Rozon, Tennille Read, and showrunner George R. Olson here. Here’s a sneak peek.