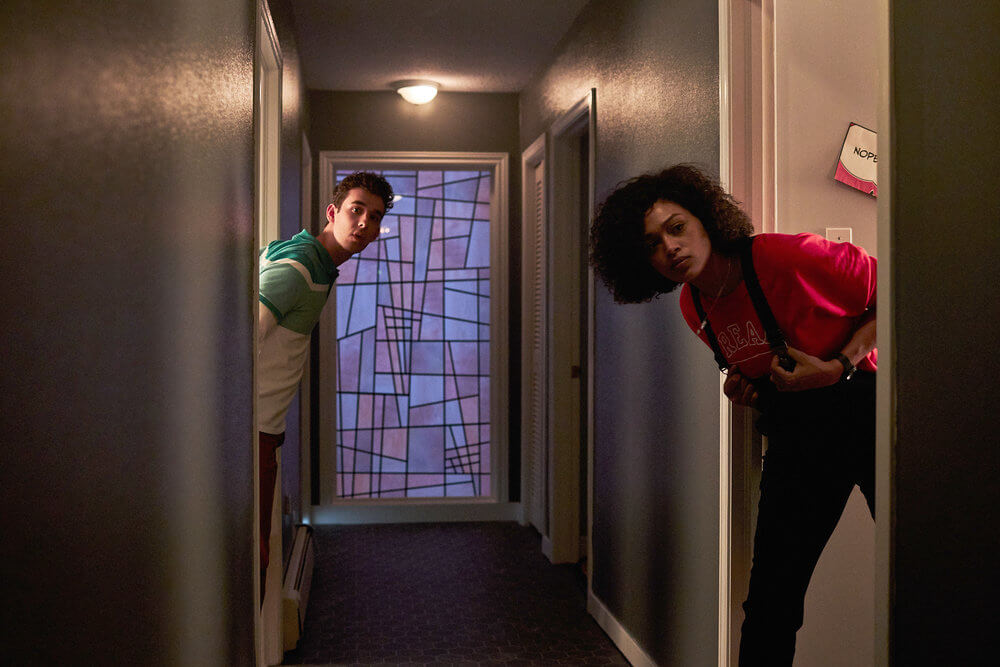 This week on SurrealEstate, some of the Roman Agency take a forced time out while Susan checks in on Megan. Written by Ramona Barckert and directed by Danishka Esterhazy, the episode walks back time a little bit, and gives Susan and Megan an unusual opportunity to clear the air.

Following the debacle of their last case, the team is flailing a bit and Luke takes a little refuge, first with his dad, and then by investigating a new listing where a woman went unseen for decades until she was discovered dead on her porch.

Against the better judgment of anyone thinking rationally, he goes inside, and is immediately transported back to a simpler time of video games and considerably less drama. He’s soon joined by August, Phil, and Zooey, who also do the time warp and accept the seemingly perfect scenarios the Hotel California house presents to them. For a little while, anyway. It’s a fun twist to see who everyone was once upon a time, before they wholly recognized the supernatural.

Susan, meanwhile, goes calling on Megan and realizes there’s a problem with their friendly almost-doctor. That makes for a very fun scene of verbal and physical ping-pong as Susan tries to help her and not-Megan would really rather she didn’t. Because, of course her house is conducive to enabling a stowaway.

Just two episodes left after this one. Hoping we hear about a Season 2 soon.

SurrealEstate airs Fridays at 10 pm/9c on Syfy in the US and CTV Sci-Fi in Canada. The first seven episodes are now streaming on the networks’ websites, and you can catch our previews and interviews with Tim Rozon, Tennille Read, and showrunner George R. Olson here. Here’s a sneak peek.