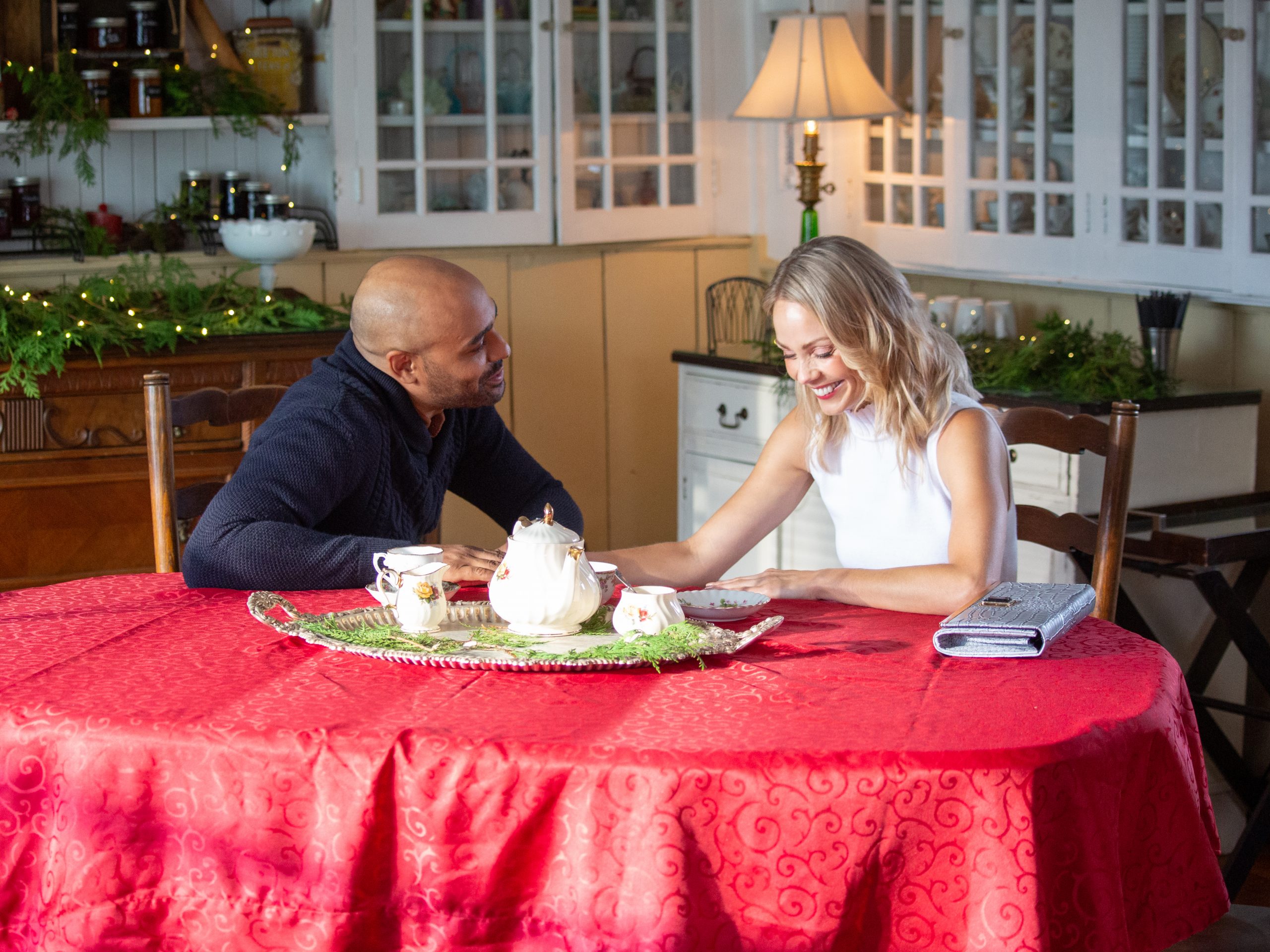 The holiday house-swap tale follows Molly, who’s adrift after the death of her grandmother and the closure of the local paper where she works as an editor, and Patrick, a London financier who has a long-overdue come to Jesus about his workaholic tendencies. With the holidays fast approaching, they’re both nudged toward a fresh start.

An avid Anglophile, Molly decides to try a change of scenery in London, and Patrick decides to finally write that thriller he’s been noodling on. One house-swap site visit and a few texts and e-mails later, she’s in his swanky London flat and he’s setting up shop in her sweet house with her dog and extended animals and her BFFs/neighbors, Andy (Yanic Truesdale) and Jim (Martin Roach).

Molly falls into an editing gig with a famous author (Rachael Crawford), but the English true love she’s been hoping for doesn’t quite materialize in the way she hoped. Back at her house, Patrick’s making himself at home and settling into an easier pace of life. Throughout it, the pair remain tethered to each other and home by a steady stream of texts.

When an unexpected trip and meet cute threaten to derail their newfound friendship, it’s up to their respective tribes–who are really each other’s tribes–to intervene. It’s a cute, confectionary outing with Canada and a Canadian cast playing the US and London locations and characters. Justin G. Dyck directs a script by Neale Kimmel based on Barbara Hannay‘s novel, Molly Cooper’s Dream Date.

I always enjoy these types of stories–Debbie Macomber’s Trading Christmas is one of my favorites, and I’m not alone in that–The Holiday is still in regular rotation on Lifetime 14 years after its release.

A Christmas Exchange premieres Saturday at 8 pm/7c on Lifetime and repeats at midnight/11c and throughout the month. It will also be available online on Sunday. Here’s a sneak peek.