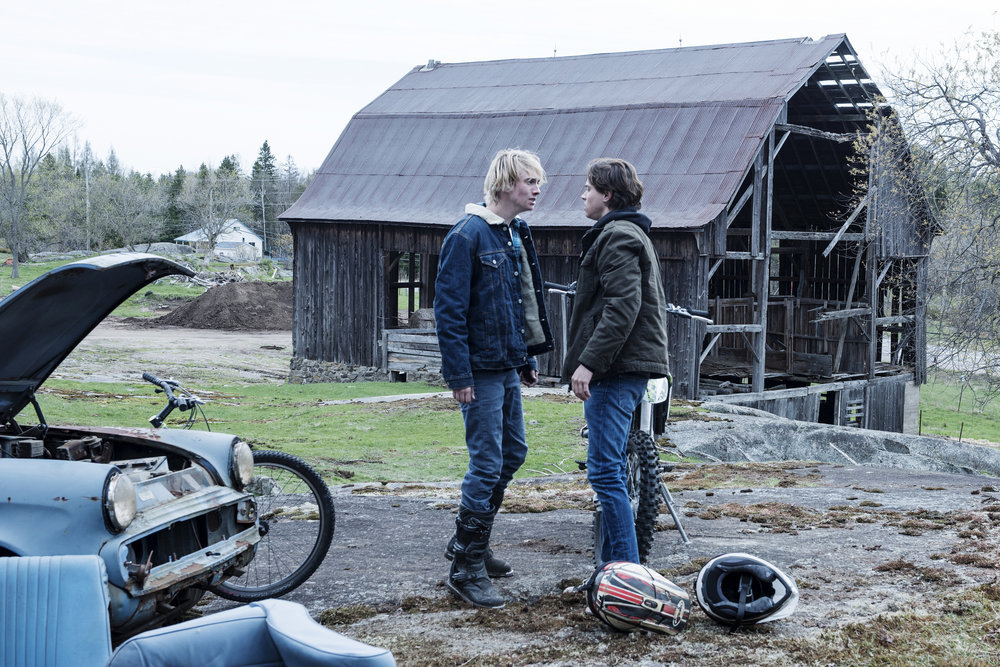 This week on Eyewitness, Helen leads some actual forensics work on the murders that sets her on the trail of the drug family she’s explicitly been told by the Feebs to avoid and a young teen named Bella (Spooksville and Defiance‘s Katie Douglas).

It also brings her to Lukas’s door, which freaks him right the hell out when he’s already a time bomb about Philip and his news that maybe the shooter’s not so dead, Jim.

And then there’s the Witness Jacket of Doom that Philip loaned out in exchange for the fancy camera.

We get a better bead on the shooter and find out nothing good. He’s a nefarious guy doing bad things with a side of duplicity thrown in for good measure.

Sita digs into her own dangerous territory in an attempt to keep herself and her baby safe, and that puts her on the same path as Helen.

It’s another solid hour that balances the investigation, or semi-investigation, since we already know what and who Helen’s looking for, even if we don’t know why, and the emotional drama of Philip and Lukas, who are juggling their own push and pull with each other as a terrified Lukas tries to be his father’s dutiful son but can’t stay away from Philip.

Eyewitness airs Sundays at 10/9c on USA. Here’s a sneak peek of  “Bless the Beast and the Children.”

The Walking Dead "The Day Will Come When You Won't Be"