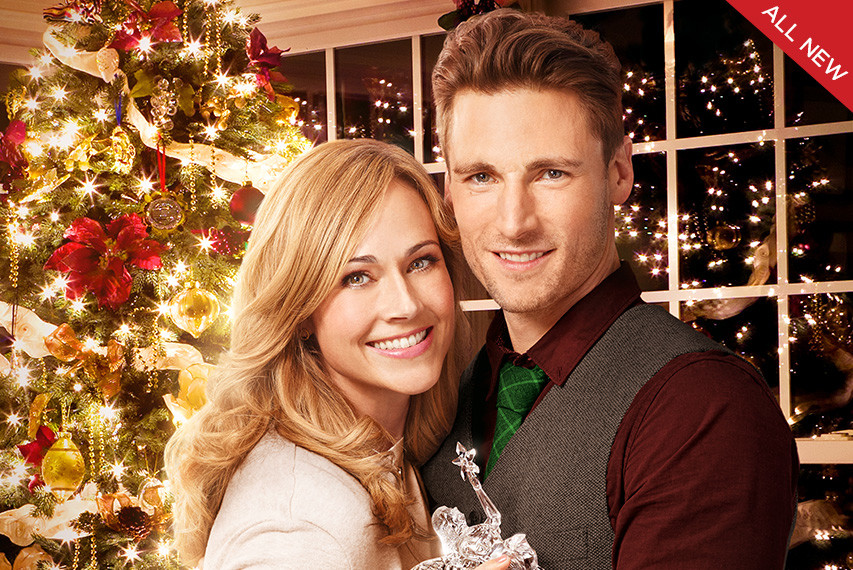 Now that the calendar has turned to December, it’s time to get your holiday in gear (ish, which I totally get). Just in case you’re not quite there yet, Hallmark Channel, Hallmark Movies & Mysteries, UP, ION, and even Lifetime are here to help with a fresh batch of new movies.

Nikki DeLoach and Andrew Walker star in a what-if tale of a woman who wishes to be single again and then yearns for what she lost in doing so. Lisa Durupt (in her second holiday movie after last month’s Operation Christmas), Christopher Russell, and Cindy Williams co-star.

Anna Hutchison and Marcus Rosner (When Calls the Heart) star as a Jenny and Tom, a couple whose relationship hits a speedbump when Tom’s soon-to-be ex-wife and the author of a book of tips on relationships, is convinced that appearing to be still happy with Tom will help sell her book.

Tim Reid stars as Dale Landis, who hasÂ fastened a tree to his roof and decorated it for the season every year for 15 years. Every year, he’s arrested for it. Determined to keep Dale out of jail this year, a judge orders idealistic attorney (Heartland‘s Michelle Morgan) and aggressive prosecutor (Stephen Huszar) to work together to defend Dale and figure out the mystery behind the rooftop Christmas tree.

Christian Kane and Marley Shelton play a couple coming to the end of their nine-year marriage until the arrival of an eight-year-old runaway from heaven (Mallory James Mahoney) who takes it upon herself to re-kindle their once friendship and romance by any means necessary. Ernie Hudson and Ryan McPartlin also star.

Anne Heche returns to Hallmark Channel for another Christmas movie, co-staring with Dylan Neal in a story of two type-A single parents who battle for control of the Christmas holiday at their children’s middle school. Samantha Ferris co-stars.

Chesapeake Shores‘ Emilie Ullerup stars with Kristoffer Polaha in a story about a corporate numbers cruncher who gets a lesson in love and humanity from the dedicated nurses who staff a NICU unit that he’s targeted for cost cuts. Sharon Lawrence and Crystal Lowe co-star.

Emma Rigby (Once Upon a Time in Wonderland) stars as a fledgling event planner who meets and falls in love with aÂ wealthy playboy at a holiday masquerade ball and then has to decide whether o pursue her career or her heart.

Girlfriends of Christmas Past — Sunday,Â December 4Â (9/8c UP)

Fan favorite Amy Acker stars with Flesh and Bone‘s Sascha Radetsky in as formerly involved ballet dancers who have to team up professionally eight years after theirÂ estrangement to save a production of The Nutcracker. Look for Wynonna Earp‘s Katherine Barrell among the co-stars.

Bonnie Somerville plays aÂ marketing executive whose holiday drive to a client’s wedding gets derailed by car trouble, landing her in Christmas Valley, a town in love with Christmas that also happens to be home to a handsome resident played by Brennan Elliott.

I nerded out on this casting announcement because I am a fan of The Skulls II from way back, which starred Robin Dunne and Lindy Booth. Here, she plays a music teacher hired to give piano lessons to the daughter of a widower (Dunne), when she finds herself involved in saving a struggling community center.

Laura Bell Bundy stars as Darcy Blake a greeting card copywriter who has to fight to keep the holiday spirit alive at her company when the grandson of the owner arrives to put a new spin on things.

Meredith Hagner stars as a young woman whose return to her small hometown for the holidays prompts twelve days of elaborate gifting from an anonymous sender, sending her on a quest to find out his identity.

Cameron Mathison broke me in The Christmas Ornament, so I’m happy to have him back in the Christmas rotation. He stars with Mira Sorvino in the story of an TV personality rendered amnesiac after a car accident who befriends a widower and his three children.

Erin Cahill is a single momÂ tasked with building the perfect Christmas parade in two weeks to cinch a big promotion. The catch? She has to work with herÂ former high school sweetheart (David Alpay).

Hope Valley’s Christmas is jeopardized whenÂ a train derails and delays the arrival of much needed food, supplies and presents.

Each film will repeat several times after its premiere. Click through the title for each above to get scheduling info from each network’s website. If you missed the November movies, which are also repeating, we’ve got the 411 here. Enjoy!