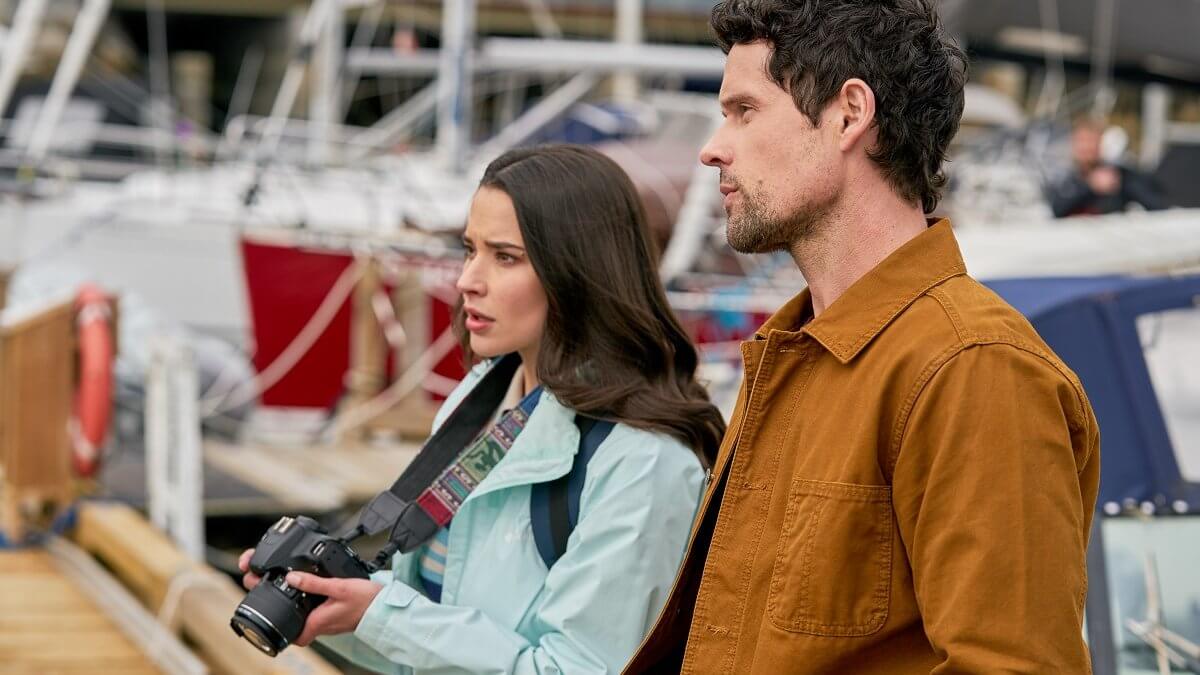 If you’re needing a Benjamin Hollingsworth fix now that you’ve binged the fourth season of Virigin River, direct your gaze to Hallmark Channel Saturday night for A Splash of Love, starring Hollingsworth and Rhiannon Fish. Set in the idyllic seaside town of Cable Cove, the romcom follows PhD student Chloe as she arrives in town to study the whales and strikes up a friendship with Hollingsworth’s local whale-watching guide, also named Ben.

Their initially prickly meet cute quickly softens amid their shared love of the orcas, and a mystery around a missing pod that usually migrates alongside two others. It’s a sweet, gorgeous watch, and a bit of a dynamic shift from what we sometimes see in these kinds of movies.

Ben starts off with a bit of swagger and then shifts into tentative nerd mode about all the things related to Chloe’s study, while she finds her place, and her voice, with the change in scenery from Miami to the Pacific Northwest. It also helps her recalibrate what she really wants when she views her clueless boyfriend, Marcus (Sean Yves Lessard), through a long-distance lens.

Heather Hawthorn-Doyle directs a script by Juliana Wimbles, who also co-stars as Ben’s friend Shawna, who lives on a houseboat with her partner, Adrian (Brad Abramenko), and welcomes Chloe’s arrival in town. Laura Soltis plays Mary, who owns the most majestic ocean-front B&B you’ve ever seen.

A Splash of Love premieres Saturday at 8 pm/7c on Hallmark Channel in the US and W Network in Canada. Here’s a sneak peek. And one programming note — Hollingsworth is back in two weeks with Romance in Style, airing on both networks August 13th.