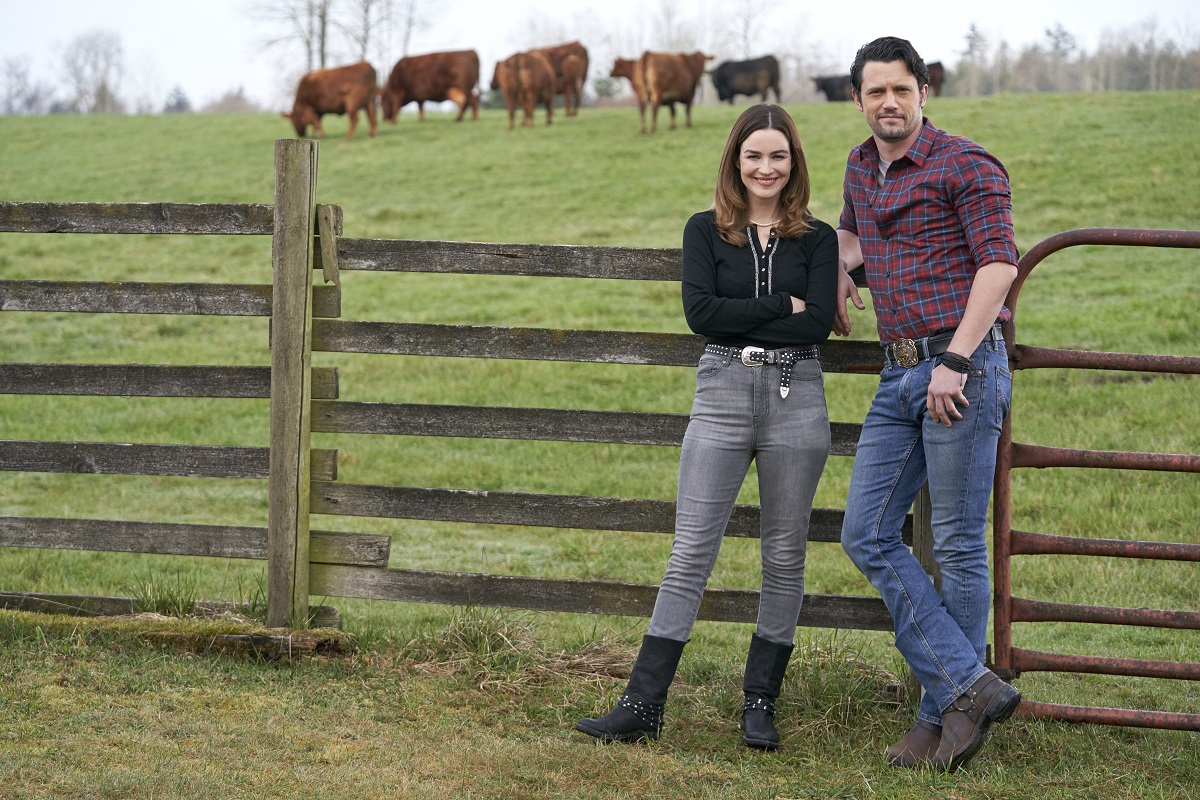 Hallmark Channel kicked off its Countdown to Summer last weekend with Paris, Wine & Romance and through the end of the month will debut four more films. Here’s a look at the new titles, which included a handful of new-to-Hallmark faces and some fan faves.

Jonna Walsh (The Fosters) stars as Abby, a web series host who’s about to launch her own line of New England-themed home products while failing to disclose to her audience or her business partners that she’s actually a Texan. Mary-Margaret Humes and the iconic Robby Benson star as her parents, who call her home to help when he’s injured.

Nathan Parsons (Roswell, N.M.) is Ryan, her high school boyfriend who’s now working as the manager of her family’s Texas ranch. Suddenly forced into close proximity with him, Abby soon has to decide whether she wants to be true to her Texas roots and her heart or her New England aspirations.

She strikes up a friendship with new arrival, Tom (McNally), a former Navy Captain who’s bought the sailboat used to ferry her students to the island. Part of the sale stipulated he continue to do that for the summer, and over the course of their trips, she and Tom hit it it off. Then she finds out that her ex-boyfriend, Jason (newcomer Garry Garneau) works for a developer intent on building a resort on the island.

Jocelyn Hudon (WCTH and the upcoming When Hope Calls) stars opposite Mr. Darcy himself, Ryan Paevey, in a romance that sounds like a little bit of a spin on My Best Friend’s Wedding. Jess Parks (Hudon) has a good job, great friends, and a cool city apartment but hasn’t found the perfect match. That’s if you don’t count her lifelong BFF, Ted (Paevey).

When Ted announces his engagement, he asks her to be his best man (aka best woman). She’s happy to stand up for him until she finds out he’s marrying her high school rival and mean girl, Kimberly (Y&R‘s Kelly Kruger). [We’ll table the question about how she didn’t know who he was dating.] The closer they get to the wedding, she realizes he’s been her perfect match all along.

Emeraude Toubia (Shadowhunters) and Tom Maden (Famous in Love) headline heir first Hallmark film as Alana, a successful dating app creator and her former flame, Kai. Newly–and hesitantly–engaged, she returns home to Florida to tell her dad (Shawn Christian). When she crosses paths with Kai, she falls in love with her community, and him, again, and questions where her home and heart really lie.

Here’s a sneak peek of Love in the Sun.

Previewing A Discovery of Witches: Episode 6

Vikings Preview: “Burial of the Dead” [PHOTOS and VIDEO]