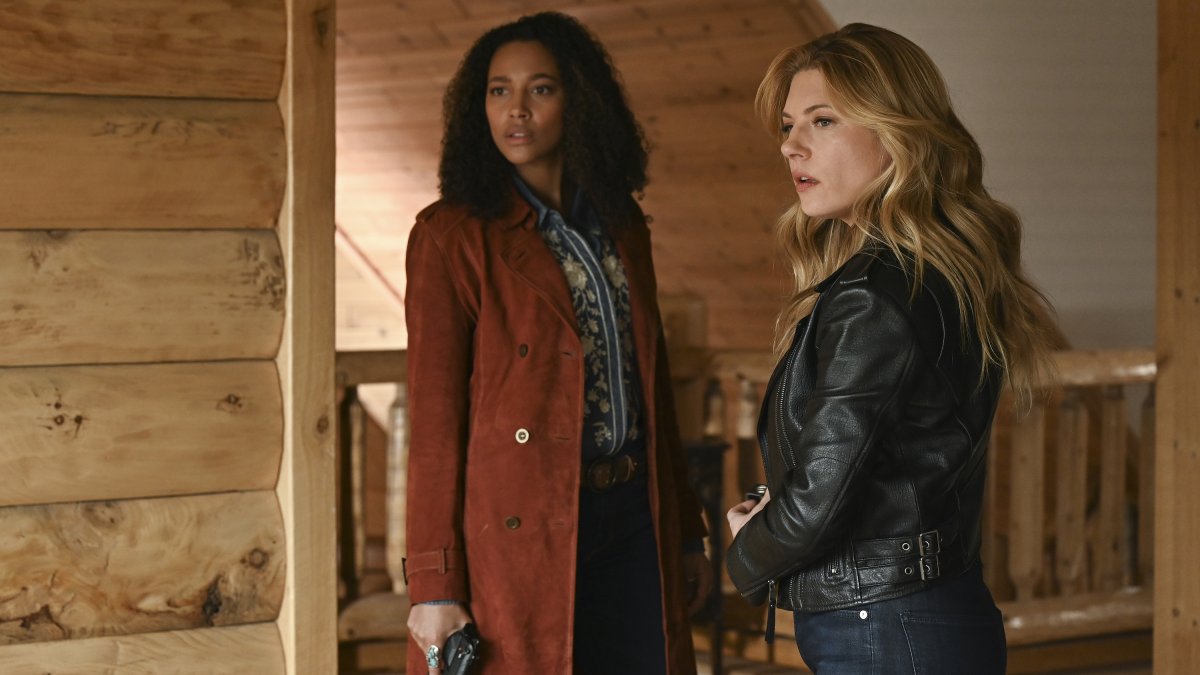 The Big Sky hype machine is off to an early start with ABC suddenly dropping a teaser trailer for the drama’s upcoming third season.

The promo features new series regulars Jensen Ackles and country legend Reba McEntire, who also narrates this down home yet ominous look at what’s ahead for what the eye network is dubbing, Big Sky: Deadly Trails.

Welcome to Montana, a place where the horizon never ends
Full of friendly folk, trying to do right.
But in the untamed wilderness, you never know what’s coming around the bend.
One thing’s for certain, once you set foot in this place…
You may never want to go home again.
And you might not.

—Reba McEntire aka Sunny Barnes, in the trailer for Big Sky

Big Sky leads Kylie Bunbury and Katheryn Winnick are back as Cassie Dewell and Jenny Hoyt. The two forces of nature will face a new mystery, new villains, new potential persons of interest and new allies including Ackles’ Sheriff Beau Arlen, who first made a splash in the second season finale of the series.

Here’s more of what to expect come fall:

Private detective Cassie Dewell (Kylie Bunbury), undersheriff Jenny Hoyt (Katheryn Winnick), and newly appointed sheriff Beau Arlen (Jensen Ackles) maintain order in Helena, Montana with their unparalleled investigative skills. But when a local backcountry trip led by charismatic outfitter Sunny Barnes (Reba McEntire) goes awry, the trio faces their most formidable mystery yet – in which no camper can be trusted and where danger lurks around every jagged rock and gnarled tree.

Other announced cast additions are Blindspot‘s Luke Mitchell, Lost and The 100‘s Henry Ian Cusick, Fringe‘s Seth Gabel, 911‘s Anirudh Pisharody and Gracepoint‘s Madelyn Horcher. While they are all set to recur, J. Anthony Pena aka Deputy Poppernak (or Deputy Popcorn according to Sheriff Arlen) has been upped to series regular. And daytime fans will recognize Zach Tinker in the trailer, who seems to be playing a doomed hiker. On Days of our Lives, he plays the newest Sonny Kiriakis.

It’s Montana, mysteries and murder when the third season of Big Sky premieres on a new night, Wednesday, September 21 @ 10pm ET and PT.

Soap Notes: A Big Move for NBC's Days of Our Lives