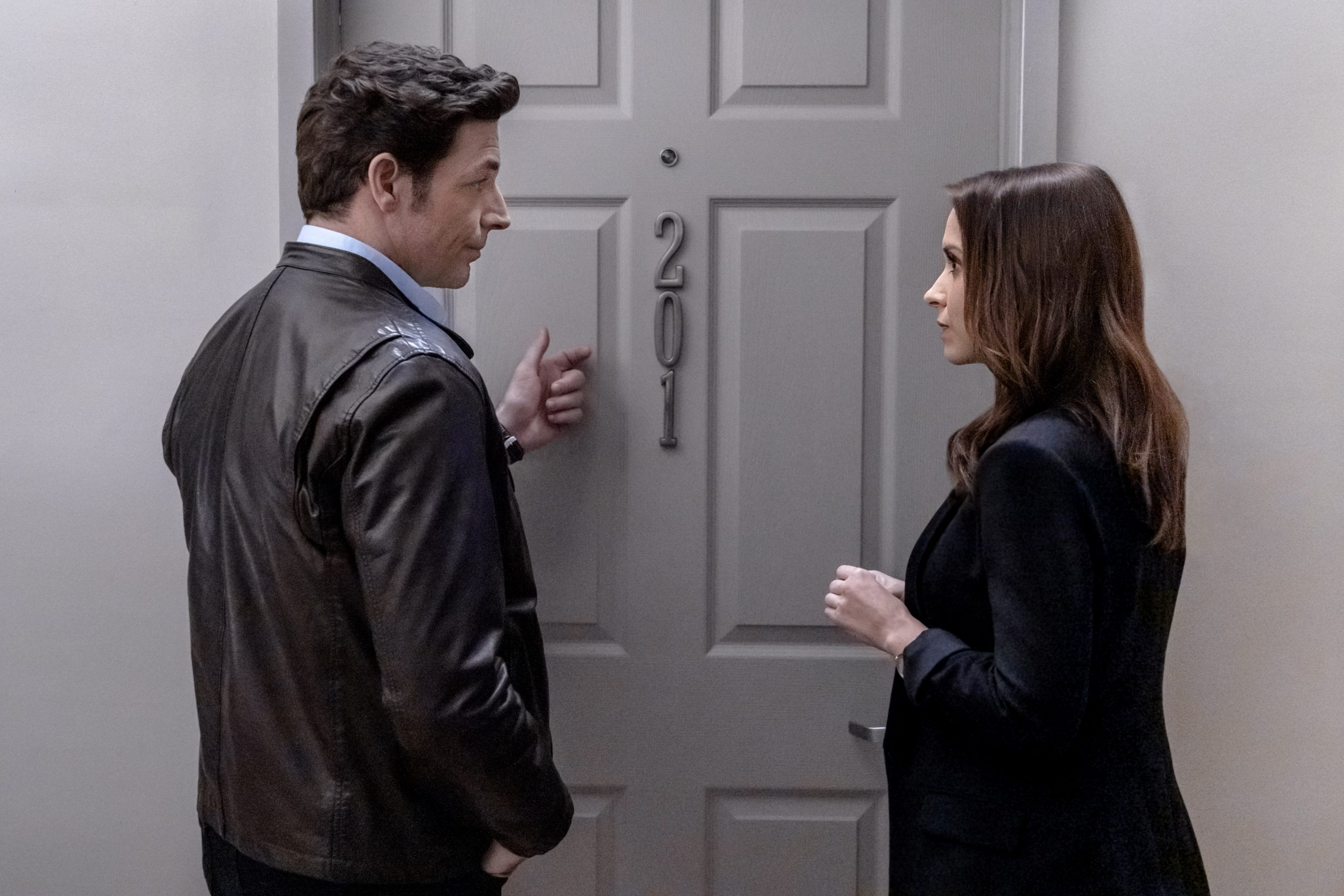 Tess is taking magic classes at Magic Manor to inspire her for a crossword series she’s working on and sets a birthday party magic show evening for herself with her family and friends. The show seems to go to plan until the headliner Alistair (Noam Jenkins) dies onstage. Logan’s already there as a guest, so he jumps into action and the movie follows the duo as they try to piece together what happened.

This one is more of a divide-and-conquer outing with Tess and Logan following their leads independently, but we do get some fun scenes of them together, including a tango that should make their fans very happy. There’s also a very slight suggestion that Tess’s new office mate, crime reporter Reed (Steve Belford), is immediately smitten with her.

While they’re working separately, Tess follows up with the Manor’s manager, Rocco (Paulino Nunes), befriends the magician’s assistant, Bianca (Kaitlyn Leeb), and uncovers a surprising tangential thread to the social circle of her Aunt Candace (Barbara Niven). Logan, meanwhile, works with his fellow detective, Winston (Romaine Waite), to track down the killer.

It’s a solid outing that keeps evolving the dynamic of the ensemble, and has enough guest players involved to keep you guessing about the who and howdunnit. Jonathan Wright directs a script by Hallmark first-timers Cecily Rhett & Kathryn Rhett based on a story by Gregg Rossen & Brian Sawyer.