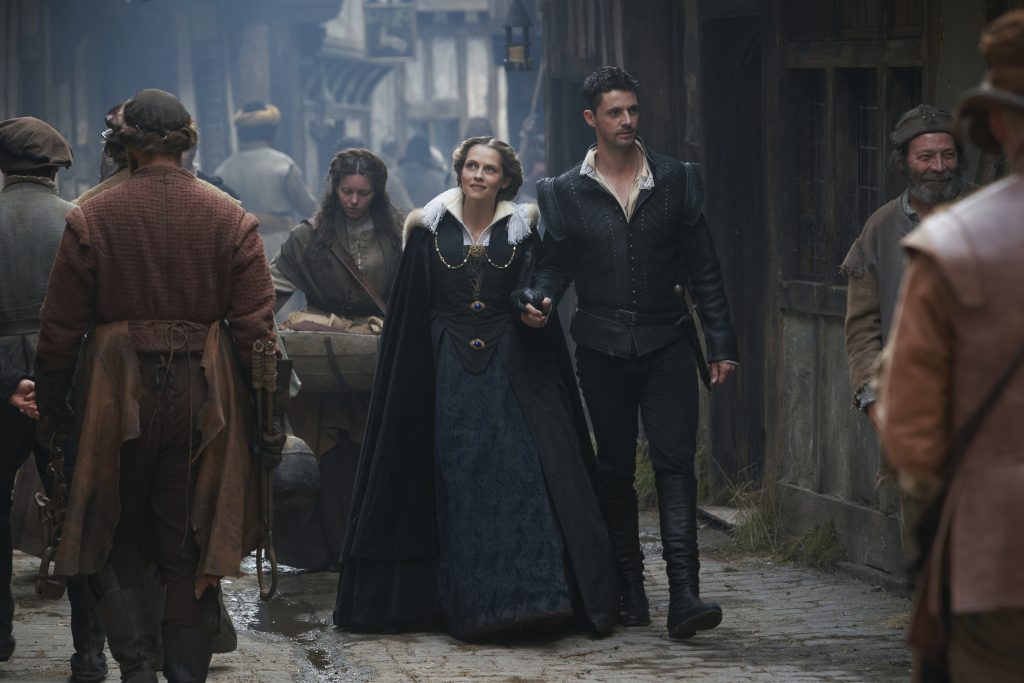 After last week’s drop-kick into the past, this week, we catch up with Diana’s aunts and Matthew’s family at Sept-Tours, and Satu making her own trip home in the present before dialing it (way) back to England with Diana and Matthew.

Diana’s still reeling from being rebuffed in her quest for a teacher, but she doesn’t take no for an answer, and it serves her well, even if she’s probably a little more forthcoming with the truth of her travels. She learns some valuable things about herself in the process, and gains a new, found family to help her tap into her powers.

Also in the mix, she learns that Matthew had some strange but necessary bedfellows, and the lengths he was willing to go to to keep the peace. He settles back into those old habits perhaps a bit too easily, and then has some explaining to do. There are also loose lips among his squad, which creates some drama. Philippa Langdale directs a script by Lisa Holdsworth.

A Discovery of Witches Season 2 episodes stream every Saturday on Shudder and Sundance Now in the U.S., and you can also watch it and stream all of Season 1 now through those sites and AMC+. [Updated: Season 2 begins its linear run on AMC TV Sunday, June 27th, at 7 pm ET/6c followed by episode 2 at 8 pm/7c. The rest of the season will air at 8 pm/7c every Sunday.] Here’s a sneak peek of Episode 2.

Binge season 1 for free until the 18th; new episodes of the second season drop every Saturday after the UK premiere! pic.twitter.com/wW7bBKWFsS