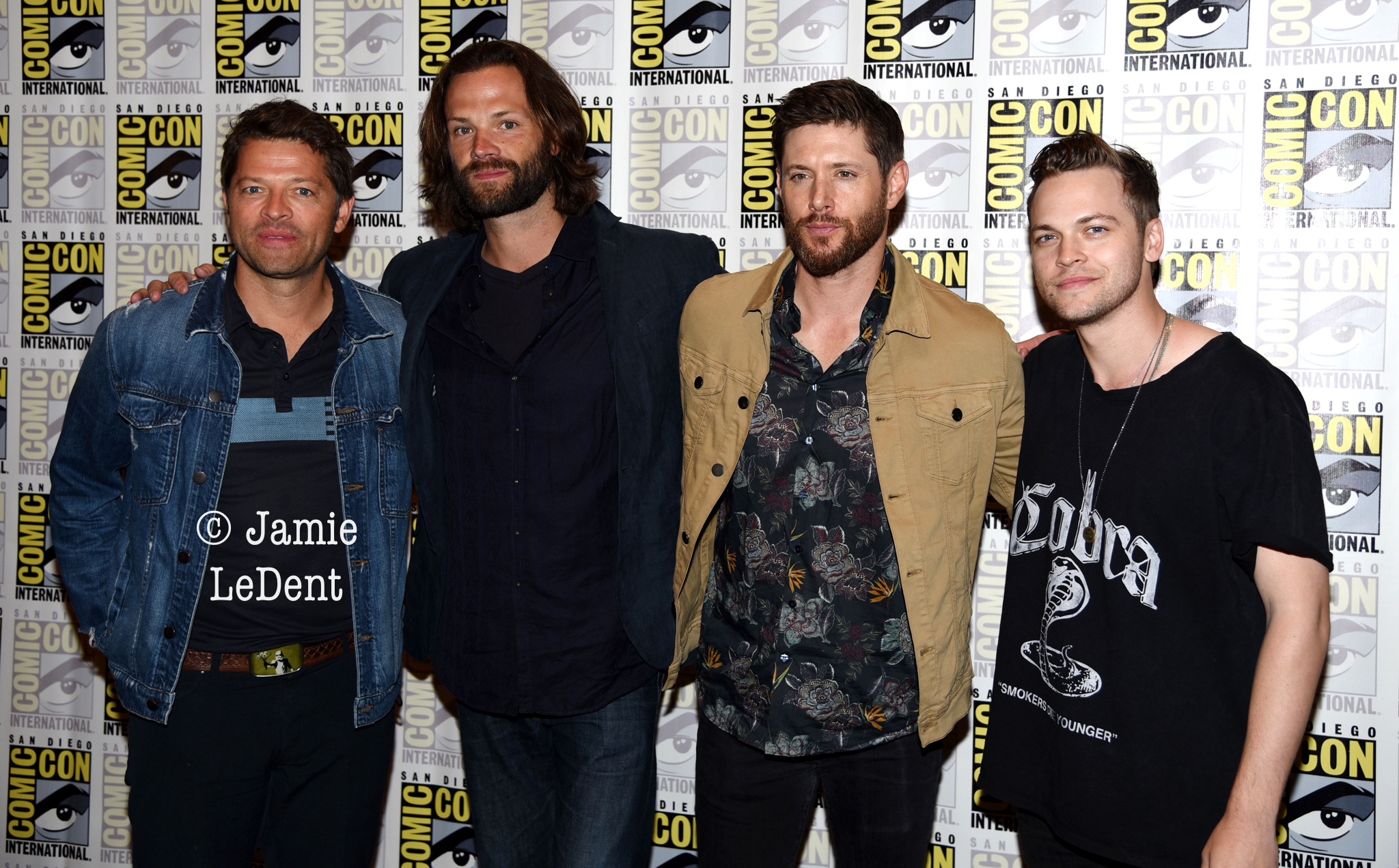 It’s a well-known fact that this year’s Comic-Con was an emotional one, not just for the Supernatural fandom, but the show’s cast and executive producers.

TV Goodness was there for the hit drama’s final Hall H panel. A lot of laughing occurred. But tears were also shed and shared by those on stage and in the audience. Supernatural‘s legacy was discussed. And a fully restored ’67 Chevy Impala was given away.

Not long after Comic-Con, the road so far took the cast and executive producers to Los Angeles for an appearance in front of the Television Critics Association. CW’s executive vice president of communications, Paul Hewitt, summed up the show’s impact. And he didn’t hold back.

“The impact that [Supernatural] has had on this network, on TV, on the millions of fans from all different generations is immeasurable,” Hewitt said.  “And it’s an impact that will likely outlast us all. We can now tell you, after 15 seasons, this is actually more than just a TV show.  It’s really like a 327‑hour movie.”

Speaking of outlasting, star Jensen Ackles (Dean Winchester) sparked thoughts of a potential Winchester road trip revival. “I’m not ever ready to close doors or burn bridges. I think that’s foolish. Am I saying there’s something in the works? No. Am I saying I would be open to having a conversation about this in the future? What is the harm in that? “

Jared Padalecki (Sam Winchester) mentioned how humbling it is to be a part of this phenomenon. “I said this at Comic-Con — my cup runneth over.  I’m a pretty lucky dude,” he stated. “So I feel like when it’s in the past, I’ll hope to try and grasp 15 years of my life. But in the meantime, I’m just really thrilled what this show stands for. Outside of what we do on the page and in front of the camera has helped a lot of people who maybe needed it, myself included.”

While Alexander Calvert (Jack) joked about hoping the show would go on for another ten seasons, he’s excited to be a witness to the conclusion of this universe.

“I’ve definitely been new to this show, and I’ve been carrying that with me and with the character,” he explained. “But I think both me and Jack are going to be really observing these guys go through these very serious emotions towards the end of the season and the show.  So, definitely, I’m crossing both of those things at the same time.”

Ackles is taking a business-as-usual approach as he begins a season of Supernatural for the last time. He feels that the emotion will really kick when he returns to work after the final winter hiatus. Misha Collins (Castiel), on the other hand, is already letting the significance of each moment soak in.

“It feels different going into this season because it feels like it is the end,” he said. “We have a lot of lasts in front of us, and it feels poignant, and it feels meaningful, and it’s a big chunk of our lives. And I think we’re all trying to not be too precious about it.”

At this point, it’s difficult to not feel sentimental (and devastated) about the show ending. Just ask the CW’s network president, Mark Pedowitz, as he addressed the crowd of reporters and, more specifically, the eight panelists on stage.

“Thank you for outlasting one network and almost outlasting two,” Pedowitz began. “But most of all, as a fan, you have created immense enjoyment in my personal life, having seen every one of the episodes.  You have made my time and many of my people’s time at The CW a blessing. And I don’t mean that in a religious sense. I mean it in a sense of you were great all to work with…

At Comic-Con, Ackles and Padalecki tackled questions about how their characters will deal with what happened at the end of Season 14. They also touched on Supernatural‘s series finale. They both found out about the concept earlier this summer. And they have thoughts. Collins and Calvert also talked about the final season. Check out the videos below.

Krypton's "Blood Moon" Tragedy Is No Trick of the Light

VIDEO of the Day: Suits’ Gabriel Macht Being Hot and Hilarious in New Zealand