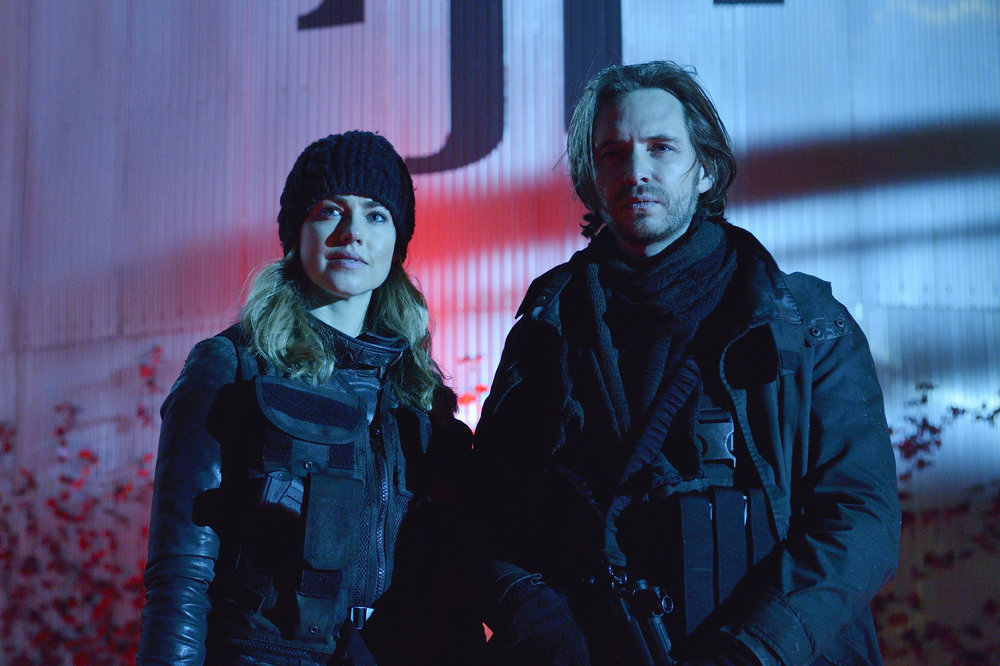 Woo hoo! The final season of our beloved 12 Monkeys will roll out on SYFY beginning Friday, June 15 at 8 pm/7c, with 11 episodes–one more than the initial order–airing over four weeks!

I love this news! The four-day bender last year was hard to keep up with on multiple fronts, so this is an awesome way for fans to really soak in the last trip through time with the cast and characters we adore. Three episodes will air on June 15th, 22nd, and 29th beginning at 8 pm/7c each night, with the two-hour/two-part finale on airing Friday, July 6th, from 9-11 pm/8-10c.

Here’s what we know so far about the season (general spoilers ahead):

Originally envisioned as a four-part story, in Season 4 James Cole and Dr. Cassandra Railly set out on an epic quest, traveling further back in time than they have ever been before. According to legend, their only hope lies with a weapon capable of stopping the Witness for good. But they’ll soon discover that in order to win the final battle and save time itself, they will have to make the ultimate sacrifice. Look for showrunner and series creator Terry Matalas to direct three episodes this year.

You can check out the first three seasons of 12 Monkeys now on Hulu. Check out the brand new teaser here:

Lucifer's Looking for the Old Normal in "Quintessential Deckerstar"

Killing Eve Preview: "I Have a Thing About Bathrooms"