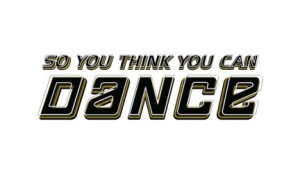 I am so happy to report thatÂ the season 10 premiere ofÂ So You Think You Can DanceÂ will be a two-night event.Â Along with the lovely and delightful hostÂ Cat Deeley (who had better get another Emmy nod), Nigel Lythgoe and Mary Murphy return to the judge’s table this season. Among the rotating guest judges are Minnie Driver, Jesse Tyler Ferguson, Wayne Brady, All-Star Stephen â€œtWitchâ€ Boss and Adam Shankman. This year’s audition cities are Austin, Boston, Detroit, Memphis and Los Angeles. As always, the auditions shows are two hours.

I’ve been a fan of this show since the beginning, although my regard has fallen off in the lastÂ fewÂ seasons. I am cautiously optimistic that the show will return to a two-night-a-week format permanently. This show is a big deal to me because I love to see dancing done well. And until last season, I thought I would appreciate seeing everything go down in one night. I had no idea how wrong I’d be.

What I’d Like to See This Season on SYTYCD

Are you excited for season 10? Is there anything you’d change about the show to make it better? Let me know your thoughts.