City on a Hill Preview: “It’s Hard to Be a Saint in the City” 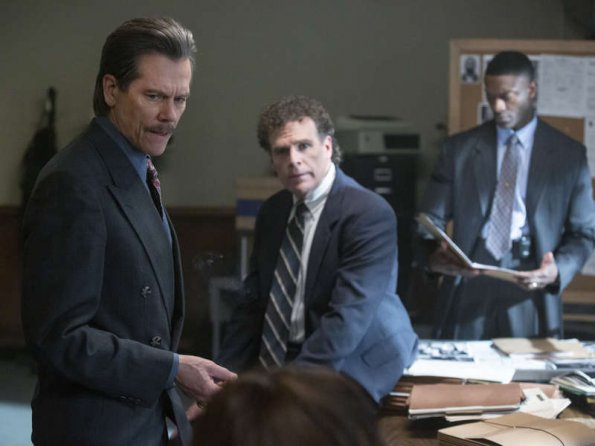 Sunday on an all-new City on the Hill, Jackie discovers that while he might be Teflon-coated, his family is not. Decourcy stands his ground on the armored car case, and in the coalition blowback that comes his way. And the Ryans deal with a new challenge.

While Jackie’s working some not-so-legit reconnaissance about the guns, his bad habits are visited upon his family. One he sees coming and tries to micromanage, discovering that Jenny does have her limits. The other, which he does not expect, has more dire consequences.

Michaela (Samantha Soule) steps in it when she separately tries to shake down Rachel and Hank for intel on the case and Jackie. Both of them make it very clear they have no intention of playing ball.

Decourcy picks up a few bluffing tricks from Jackie to move the investigation forward. And he’s visited by two members of the coalition–one looking to help and the other looking for a fight. Both encounters motivate Siobhan to take action.

Dottie lands in the hospital without insurance, and that alongside an arrest too close to home sends the Ryan boys into a bit of a panic. Meanwhile, Cathy seizes the opportunity for some truth-telling to help her navigate their increasing complicated world.

It’s a really good episode, and the first past the halfway mark for the first season. Only four episodes left after this one. Metin Hüseyin directs a script by Jorge Zamacona. All of the cast continue to bring it. Look for terrific smackdown scenes from Sarah Shahi (below), Jill Hennessy, and Lauren E. Banks as Rachel, Jenny, and Siobhan finally hit critical mass about brooking no more bullshit.

Dean Winters drops in for a few key scenes with Kevin Bacon. Also, the penny finally dropped for me that skeevy Clay Roach is played by Rory Culkin. That’s not disturbing at all.

Photos and Videos Courtesy of Showtime.