Debris Preview: “Do You Know Icarus?” 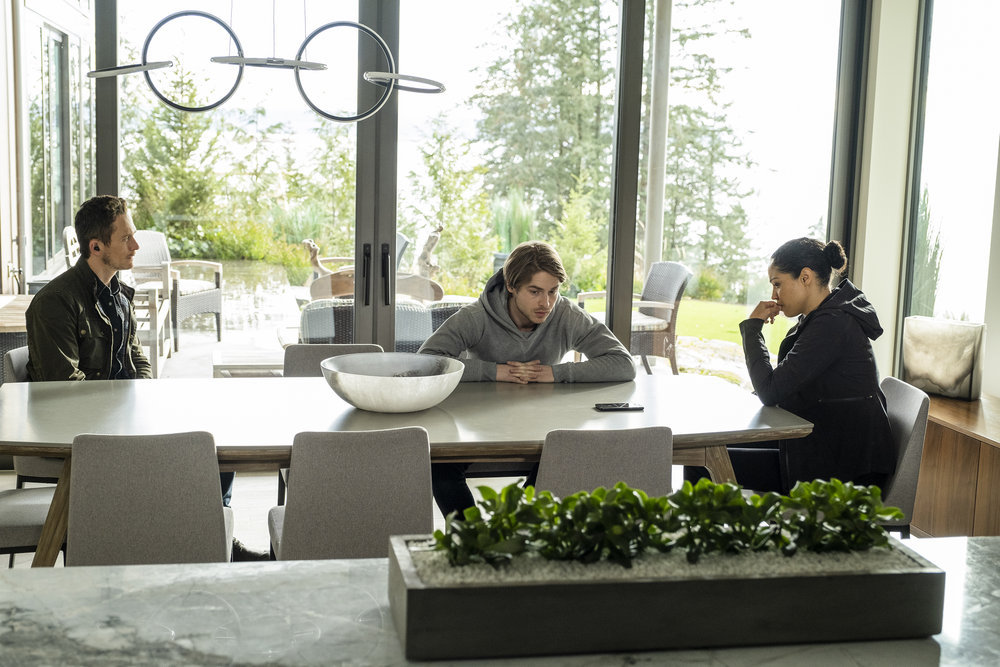 With just four episodes left after this one, we’ve reached the point in the season where I say it’s gone way too fast, and 13 episodes isn’t enough. See also: Please renew this show. A fresh take on Groundhog Day where debris spins the day over and over again and also moves people around, “Do You Know Icarus?” is a hugely emotional hour, directed by Padraic McKinley and written by showrunner J.H. Wyman and Ryan Wagner.

Y’all know where I stand on Ian Tracey and I’m still holding out hope he might pop up, but I’ll totally take it that this son, Keenan, is the guest star this week. He’s very good as Shelby, a young man who found and started using the debris to play with time. It was all fun and games until he lost his twin sister on one of the return trips. Now he keeps jumping over and over trying to reset the board and it’s not at all going to plan.

Before Finola and Bryan get drawn into that, they deposit George with Garcia (Zak Santiago), with whom he has a salty history over a debris mishap. The two share a heartfelt, extremely awkward scene about injuries Garcia sustained that he pretty clearly feels George bears some responsibility for. George sees it differently.

Over the course of the episode, Bryan starts to experience some of the same resets as Shelby, but without any deja vu, and then when he finally realizes what’s up, and what he’s lost, he’s frantic and extremely vulnerable. Also vulnerable in the episode is Maddox, who confronts Julia about the distance between them. It’s an extraordinary scene for Jennifer Copping and Norbert Leo Butz, although a little far afield of the focus of the episode, but I almost expect we might see that explain itself in the episode that follows.

About that–this is part one of a two-part episode, so set those DVRs a minute over if you’re time-shifting. And if you’ve not yet caught up, I highly recommend you do this weekend. I’m very intrigued by where it’s going, and Jonathan Tucker and Riann Steele are so, so good. And add Aliyah O’Brien to the fun guest star list.