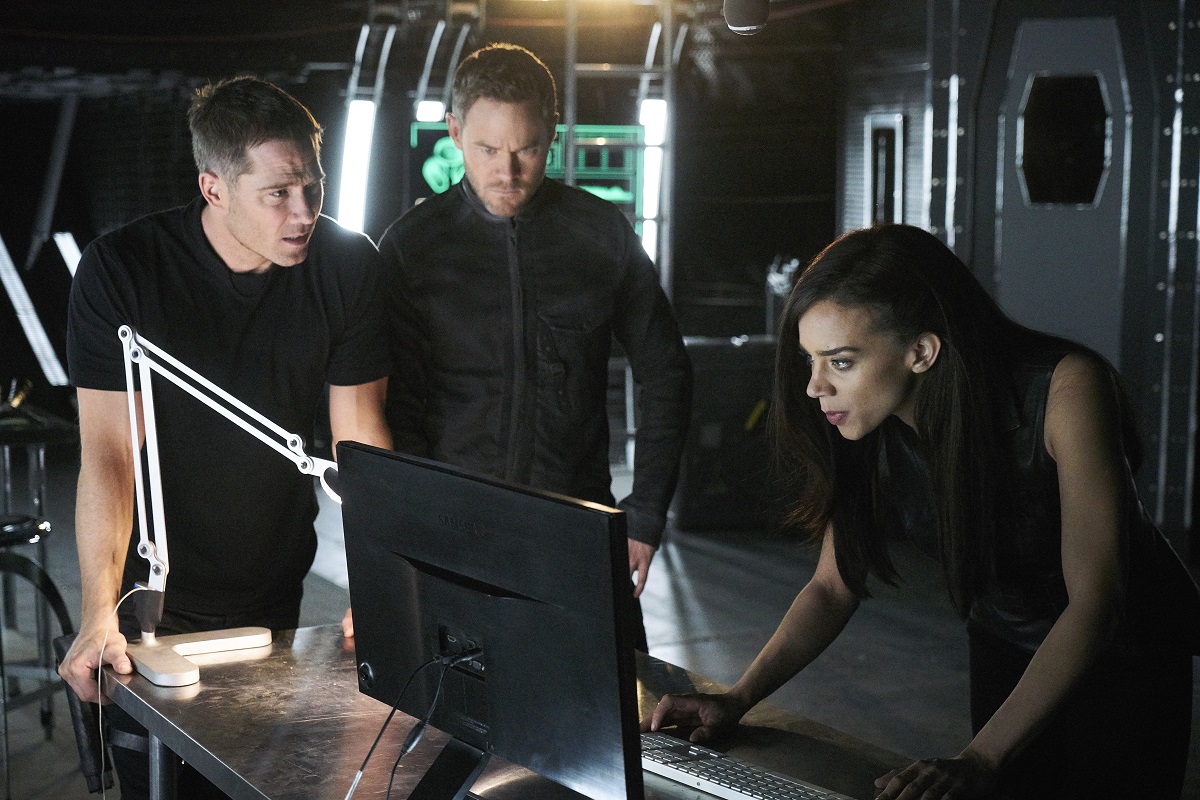 Tomorrow’s new Killjoys finds family drama coming to a head as The Kid’s extended tribe work out exactly how to parent, Westerley in the thick of kidnappings that now also involve Gared, and Zeph getting her science on in an attempt to de-spider Pip.

Dutch and Johnny’s deep dive into her memories gets back-burnered with the arrival of an assassin (Channel Zero‘s Shaun Benson) who would seem to have a couple of agendas. His shared code of conduct with Dutch buys them only a teensy bit of time while they sort out what he’s up to.

Before that, and with heightened tensions about the kidnappings and the Lady’s manipulation of Pip, Dutch begins teaching The Kid (Jaeden Noel) a little hand-to-hand combat. She’s surprised to discover that not only is he a quick study–he also has his own special skill set.

The training and The Kid’s capabilities rattle D’av on a couple of levels and he unintentionally in turn ruffles Dutch when they realize that neither one has an idyllic personal frame of reference for how to raise a child. They also have to accept that it’s something that will take them some time to suss out. Look for a really sweet father/son moment as D’av does what he does best.

In Westerley, Pree and Fancy team up to find Gared and the kids, resorting to different but equally useful interrogative methods. Zeph decides to proactively work on Pip’s spider problem at a safe distance from the ire on Lucy, and while he’s a willing patient, she’s going to have to get extremely creative in her efforts to save him.

Written by Julie Puckrin (who wrote last season’s “Heist, Heist Baby“) and directed by Stefan Pleszczynski, “Baby, Face Killer” runs the emotional gamut–it’s funny, naughty, taut, poignant, and heartbreaking. I was on set for filming the bazaar scene and it’s fun to see it come to life five months later. That said, I’m so not ready for us to already be past the halfway point on this season.

Killjoys airs Friday at 10 pm/9c on Syfy and Space Channel. The first five episodes this season are online at both sites and on their apps. All of our Season 4 coverage is here. Check back tomorrow for my exclusive interview with Thom Allison. Here’s a sneak peek of this week’s episode.

Netflix's Sacred Games Is the Thriller We've Been Craving