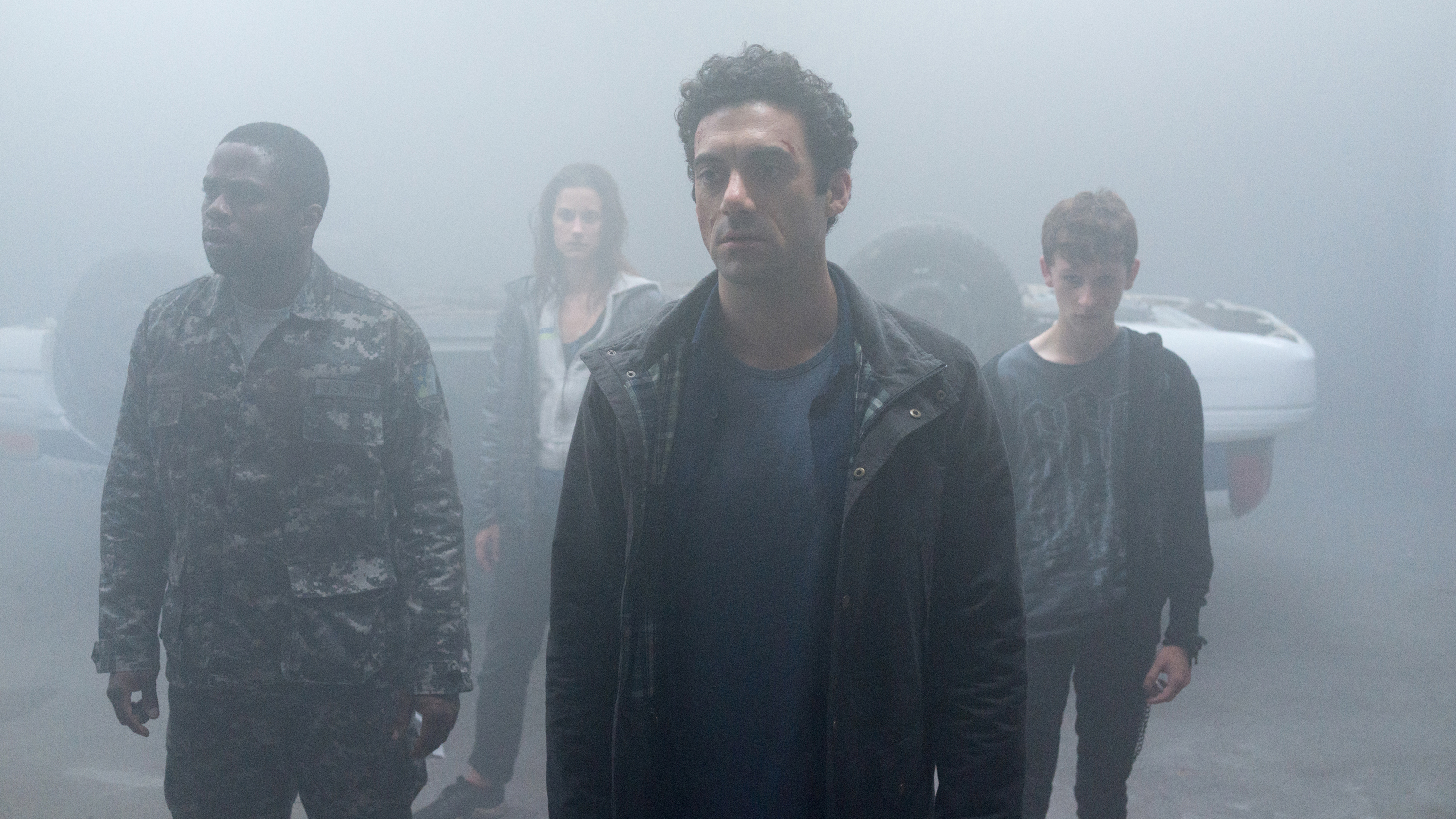 On the next The Mist, the action splits between the group trapped in the mall and the group in the church, which the ragtag outfit from the police station soon join.

Eve worries more about the monster in the mall (Jay) than the monster outside but that soon gets more complicated when the mall inhabitants realize they need a volunteer for a potentially deadly task.

At the church, Nathalie mourns her husband and talks about their lifelong love for each other asÂ Father RomanovÂ does the best he can to control the scene that’s invaded his house of God, whether all its visitors believe in Him or not. Brian tries to help Mia on the DL when he’s the only one to see the true situation she’s gotten herself into.

There’s not as much thump and boogedy (minus one unnecessarily gory animal scene, and yes, I’m tallying) in this one as the pilot,Â but there isÂ  a deepening of the mystery around things said and unsaid and who may or may not actually have some insight into their predicament.

The Mist at 10/9c Thursdays on Spike. Here’s a sneak peek of “Withdrawal” and what to expect this season.