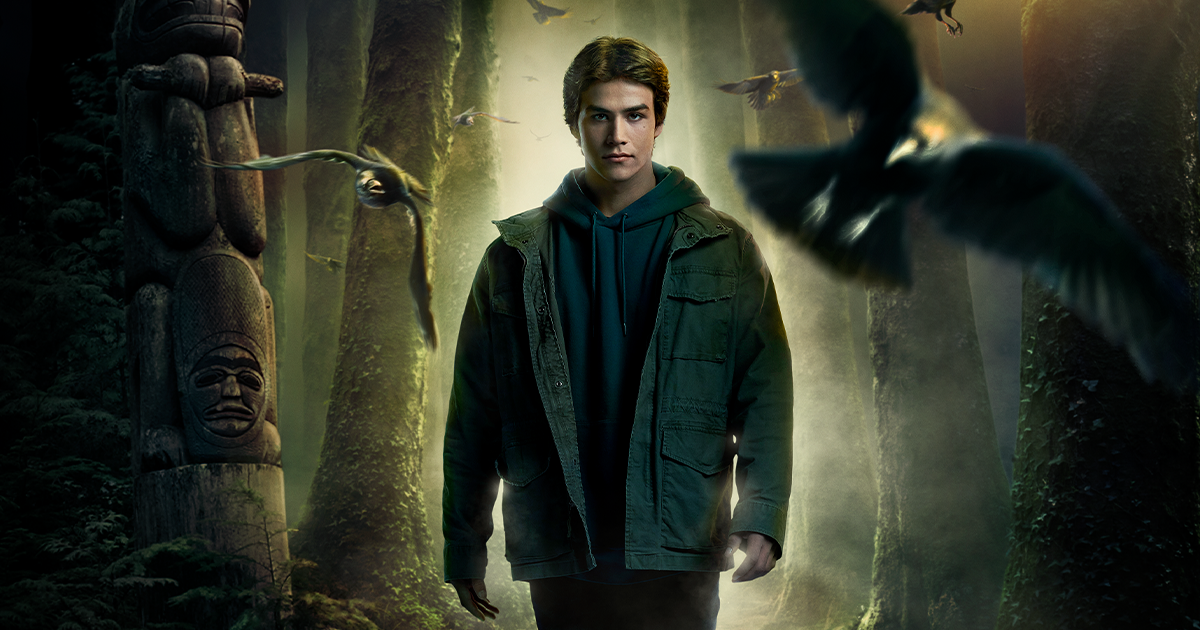 One of the upsides to the weird programming effect of the pandemic is that the US has been on the receiving end of more imported TV series, and y’all know how I am about my Canadians, so I love that US audiences this fall have been exposed to some really excellent CdnTV. NBC followed up hit import Transplant with another import, Nurses, and The CW aired both seasons of Coroner. Next up, CW is filling another vacancy with another Canadian import, Trickster, which premieres Tuesday night at 9 pm/8c.

The series occupies a unique genre–Indigenous supernatural–and is based on a book series by Eden Robinson. It follows a young man who discovers that his own personal adolescent growing pains come with some very distinct side effects. Newcomer Joel Oulette is Jared, a high school student by day and budding drug dealer by night. He’s running point between/parenting his own estranged parents–mom Maggie (Crystle Lightning), who’s increasingly unstable for reasons that aren’t wholly clear until later, and father, Phil (Craig Lauzon), who’s not above grifting off his son.

Then a mysterious stranger, Wade (Kalani Queypo), arrives on scene, bringing some extra emotional baggage with him. His arrival also heralds a change in Jared, and his perspective on the world, in ways that have him questioning whether he’s following Maggie down her emotional rabbit hole. One word of warning for my pet-friendly peeps–there’s a jarring moment in the right out of the gate that’s revisited before the credits.

Season 1 showrunner Michelle Latimer adapted the first book for the first season. The series has already been renewed but isn’t yet in production, and due to some concerns that arose last month about Latimer’s genealogical claims, she has stepped down from participating going forward.

I spoke with Latimer last summer, and she was excited about brining the series to the screen. “Eden’s books are sprawling and wonderful. There are things that are in the book that I just was so sad that I couldn’t put into the first season, Fans will see that things they loved in book one. Don’t be disappointed if you don’t see it in Season 1, because they could very well be seeing it in Season 2,” she shares.

The series marks Latimer’s first experience with visual effects, and she both enjoyed and was terrified by the experience, and found a way to weave it into the humanity of the stories. “We had a great team. We worked with Rocket Science and Tom Plaskett was our onset video effects supervisor. He was really helpful. And he let me ask the stupid questions many times,” she laughs.

“And it was a lot about preparation, too, like working with the storyboard artists to figure those things out. But it was definitely a learning curve. You can learn a craft [with] hours and commitment and focus. It’s the human side of things, dealing with personalities [and] the intimacy that you need to create to have a safe space for actors to really show themselves–that’s stuff that the intangible where you can’t just pick up a book and learn how to do it.”

“It’s the connectedness of humanity and I think it just requires being in the space and doing it and trusting your gut. That’s the side of filmmaking that people don’t often talk about, but it’s the most challenging, but also [offers] the most reward.”