The X-Files Preview: “This” 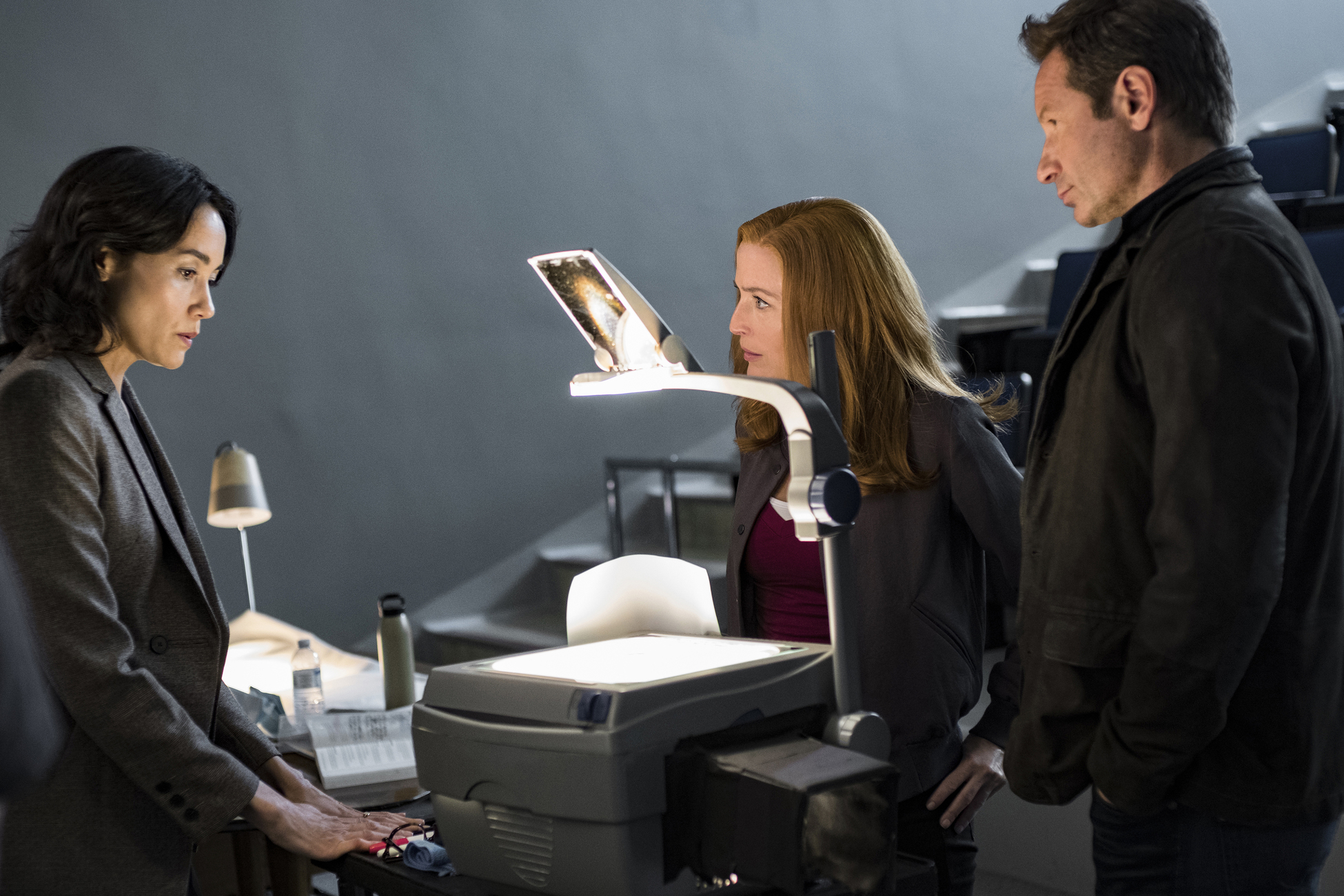 The X-Files gets back to conspiracy theory territory Wednesday night with a throwback that pays homage to one of its best episodes, and one of its most beloved characters.

One of my favorite episodes from back in the day is Season 5’s Kill Switch, which featured Kristin Lehman as Esther Nairn a.k.a. Invisigoth, a hacker determined to fully embrace sentient AI. The Lone Gunmen loved her, and so did I.

Fast forward 20 years and that plot thread is picked up again when Langly (Dean Haglund) mysteriously contacts Mulder and Scully and asks them to take a closer look at the technology, after he realizes maybe it isn’t the best idea after all.Â  Following a cold open that leaves them scrambling, they turn to Skinner (Mitch Pileggi) for an assist.

From there, the case sends them back down memory lane and on a scavenger hunt that includes some clever clue-hiding in Arlington Cemetery. They float one scenario about about what’s going in one of those top secret buildings Snowden outed, and the Russians get some play in the proceedings as well. Finally, Erika Price’s (Barbara Hershey) semi-formal mission statement is revealed.

The hour is much more evenly paced and plotted than last week’s rushed premiere. On top of bringing back the signature Mulder/Scully rhythm that Gillian Anderson and David Duchovny do so well, they also throw us several love letters from the OG days and a a wink-nudge or two for the shippers to keep things interesting.

The X-FilesÂ airs Wednesdays at 8 pm/7c on FOX. Here are a couple of sneak peeks.

Philip K. Dick's Electric Dreams "Real Life": Paquin and Howard Get In Each Others' Heads