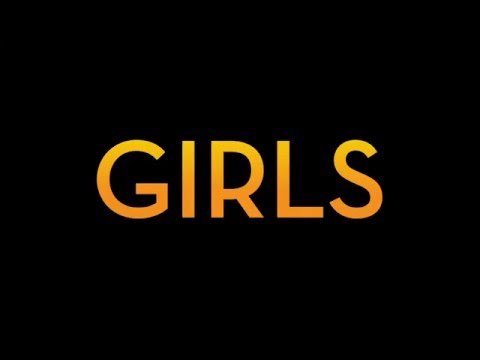 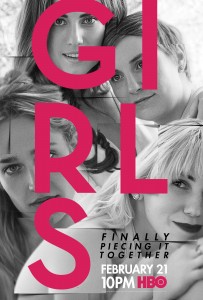 “Do you think I’m making a mistake?”

There were so many ways Marnie’s wedding day was headed towards a disaster of epic proportions. It rained. The groom got cold feet. Hannah’s ex and her current were in the same room. Hannah was in total denial about her friend getting married. Jessa and Adam connected on a kissing level. You know a dejected Ray wanted to stop the wedding but he was too gracious — or too much of a coward, depending on your perspective — to do it.

But there was one situation that practically had me on the floor laughing. Which is strange because while I feel Girls is a funny show, it’s never been in a laugh out loudÂ kind of way for me. Amusing, entertaining and sometimes terrifying, yes. But out and out laughing? Not so much.

My Moment of Goodness from “Wedding Day” had to do with Marnie and Shosh’s makeup job. The too cool for school makeup artist Marnie hired was a name-dropper of the highest order. She was also not someone who listens to her clients. Marnie’s wedding look was all ethereal and hippiefied. She was wearing a crown of flowers. In what world did that mean cake the makeup on?

What was great was Hannah finally pulled her head out of her ass and realized that no matter what she needed to be there for her friend who was about to experience this major life event. It was Marnie’s day after all.Â So when she saw that Marnie’s makeup was shellacked on, she tried to be decent about it. She didn’t want to be as mean as she had been earlier in the day. She thought if they could just tissue a little bit of it off, it’d be fine. Meanwhile, anyone who’s anyone knows Marnie’s makeup needed a complete overhaul.

What was also great was that Jessa actually came to the rescue. It’s always weird when she seems like the most grounded one in the group. She fixed their faces and their hair and everyone looked beautiful for the wedding. Thing is, we didn’t actually see Marnie and Desi exchange their I Dos. Hmmm…did they get married?

You may or may not get an answer tonight. What you will get is a really entertaining episode.

In New York, an erratic roommate leads Fran to move in with Hannah. Later, Hannah gets an urgent call from her dad, who is trying to navigate a new type of dating. After a run-in at an AA meeting, Adam and Jessa spend the day together. Ray fears that the new cafe across the street is hurting his business. Elijah is hit on by a famous news anchor.

One more thing about last week’s episode. What do you guys think about Jessa and Adam? Has she broken the girl code? Do you not care because Jessa and Adam share a real connection? Thoughts? I’m a bit torn. I loved their friendship that developed last season. And I think they’re hot this season. But I can’t get past the fact that Jessa and Hannah — no matter how much s–t goes down between them — are friends. And Jessa knows it.

Shoshanna isn’t in tonight’s episode, but wait until you see what going on with her in Tokyo next week.Â Girls airs Sundays at 10/9c on HBO.

Bitten Preview: "Right Behind You"

Merlin “With All My Heart”