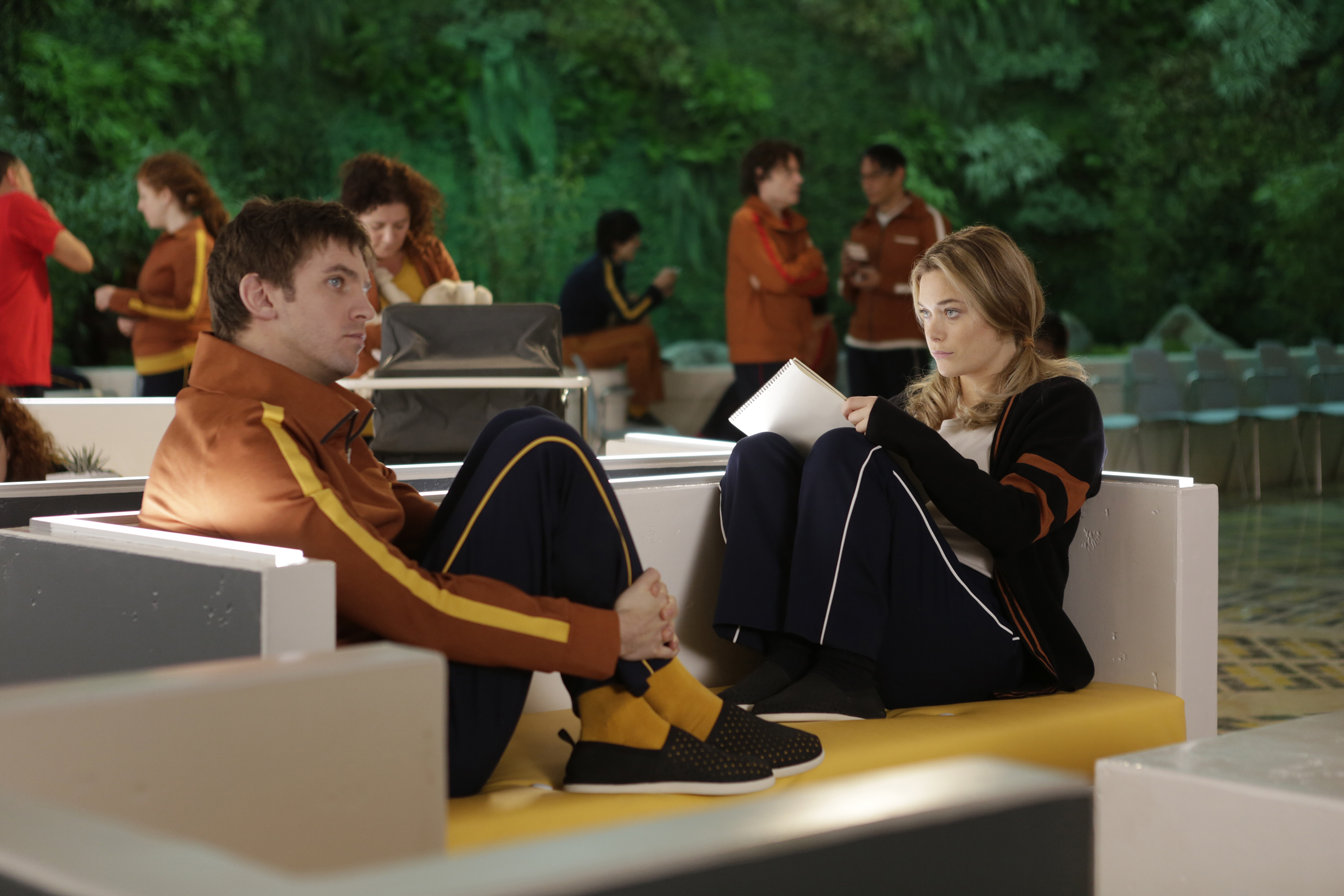 FX’s Legion rolls out Wednesday night, adapted by Noah Hawley (Fargo and the underrated The Unusuals, which I loved) from the Marvel Comics by Chris Claremont and Bill Sienkiewicz,Â and it’s definitely a unique animal.

There will be those who already know what the twist is from a few of the promosÂ and the *cough* Marvel *cough* association,Â and others watching it coldÂ whoÂ will be surprised at the “aha!” It takes a while for the pilot to get there, and along the way, you have to buy into the journey of things that are real and surreal.Â The degreeÂ to whichÂ you do or don’t will determine whether this is going to be your cuppa.

Stylistically, tonally,Â and visually, it’s a play on genres and timelines, with mod palettes that would be right at home in the 1960s,Â although it certainly seems to be set in the now. I’ll give you the straight and narrow version, just in case you are one of the ones who isn’t spoiled.

We meet the central character, David Haller (Dan Stevens)Â after he’s already been in residence at a psychiatric facility for six years, diagnosed with, and medicated for, schizophrenia. There’s not a ton of exposition on his predicament, but it would seem that since childhood, he’s been prone to violent outbursts with an element of “other,” over which he has no control. The last one scared the bejesus out of his sister, Amy (Casual‘s Katie Aselton), who’s moved on with her life but checks in on her brother and is hopeful for his recovery.

He has a meet cute with aÂ new patient, Syd (Fargo‘s Rachel Keller)Â and they liveÂ reasonably happily in the fairly idyllic bubble of the hospital, alongside his BFF, LennyÂ (Aubrey Plaza), until things go terribly wrong and he’s subjected to an off-the-wall interrogation that would suggest he has a skill set above and beyond the normal. By the end of the pilot, the what of that becomes clearer, opening the door to the larger arc about opposing factions, one of which isÂ run by Melanie Bird (Jean Smart).

Between headlining this andÂ playing theÂ Beast in the upcomingÂ Beauty and the Beast reboot, StevensÂ is about to be everywhere, andÂ heÂ sells the hell out ofÂ David’s bewilderment, which is super helpfulÂ so we don’t feel quite soÂ alone in ours.

It’s refreshing to have a show that just throws it all at the wall with gleeful abandon, inviting you to take the trip with them into their world of weird. There’s also aÂ goodly amountÂ of time-jumping back and forth and the random dance number for good measure. I’ll be curious to see how it lands.

Legion premieres WednesdayÂ at 10/9c on FX with a 90-minute pilot–double-check those DVRs! Here are a few sneak peeks of the eight-episode first season.

No One's Bigger Than the Game in Bull's "The Fall"