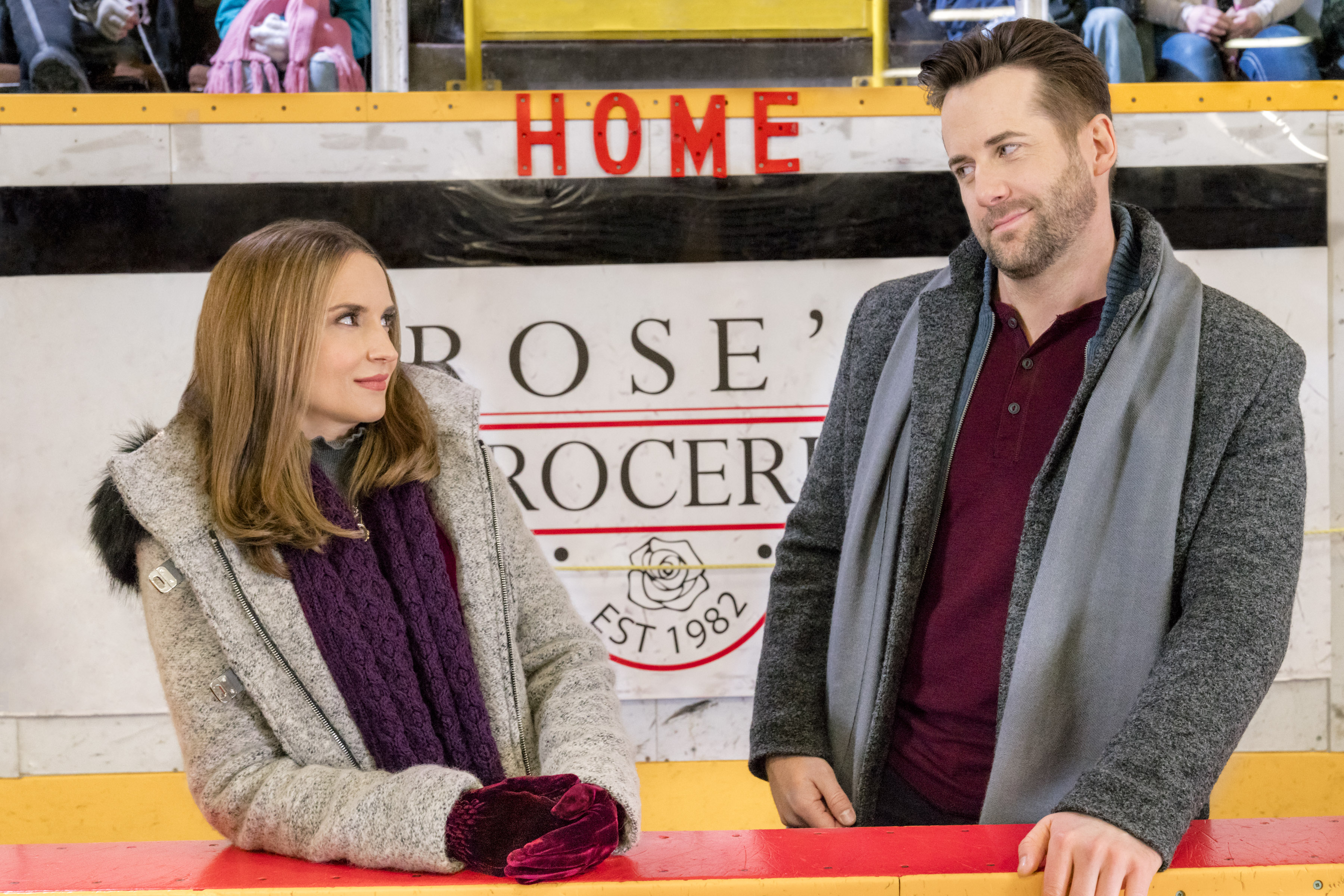 One of the upsides of so much content coming out of Hallmark Channel and Hallmark Movies & Mysteries is that the talent in front of the camera is also moving behind it, developing properties and producing films for the networks. The latest instance of that is Rachael Leigh Cook, who gets story and executive producer credits on her latest movie in which she also stars, Frozen in Love. It premieres Saturday night at 9/8c on Hallmark Channel.

Cook plays Mary, a book store owner who took over from her parents and now runs it with her brother, Tyler (Aftermath‘s Madison Smith). A modest brick and mortar shop that traffics only in books and isn’t a 21st century amalgam shop/cafe, “On the Same Page” is facing closure just as it’s about to reach its 40th anniversary.

Heartbroken at potentially losing the business her parents entrusted her to keep going, she turns to college friend, Janet (Sandy Sidhu), for PR help to forestall letting it go. As luck has it, her friend is also busy trying to repair the bad boy image of Adam, (Niall Matter) a star hockey player who’s about to lose his job, too.

In an unlikely Hail Mary (pun intended), Janet pairs up Mary and Adam in an attempt to save the store and get him back on his team by having him coach a little league hockey team sponsored by the bookstore. And because it’s a sweet small town, there’s a looming festival on the horizon, too.

Similar to Cook’s Autumn in the Vineyard, Mary and Adam bristle at each other until finally, they don’t, and each realizes that by putting the other one first and being actual friends, they’re getting second chances in more ways than one.

Matter is my boy from his Eureka days so I’m totally down with Hallmark using him on the regular, and I love that Cook hatched the story behind the script here. It’s an ideal situation for both of them that they can do a few of these movies a year.

The cast is rounded out with Tammy Gillis, who we just saw in Ghost Wars, as Erica, the team manager who gives Adam one last chance to dig out of his self-created mess, Susan Hogan (The Christmas Secret) and Keith MacKechnie (Moonlight in Vermont) as Mary and Tyler’s parents, and Victor Zinck, Jr. (The Christmas Cottage) as Adam’s BFF and teammate, Chuck.

Scott Smith (Autumn in the Vineyard) directs from a script written by Rick Garman (Royal New Year’s Eve) based on his and Cook’s story idea.