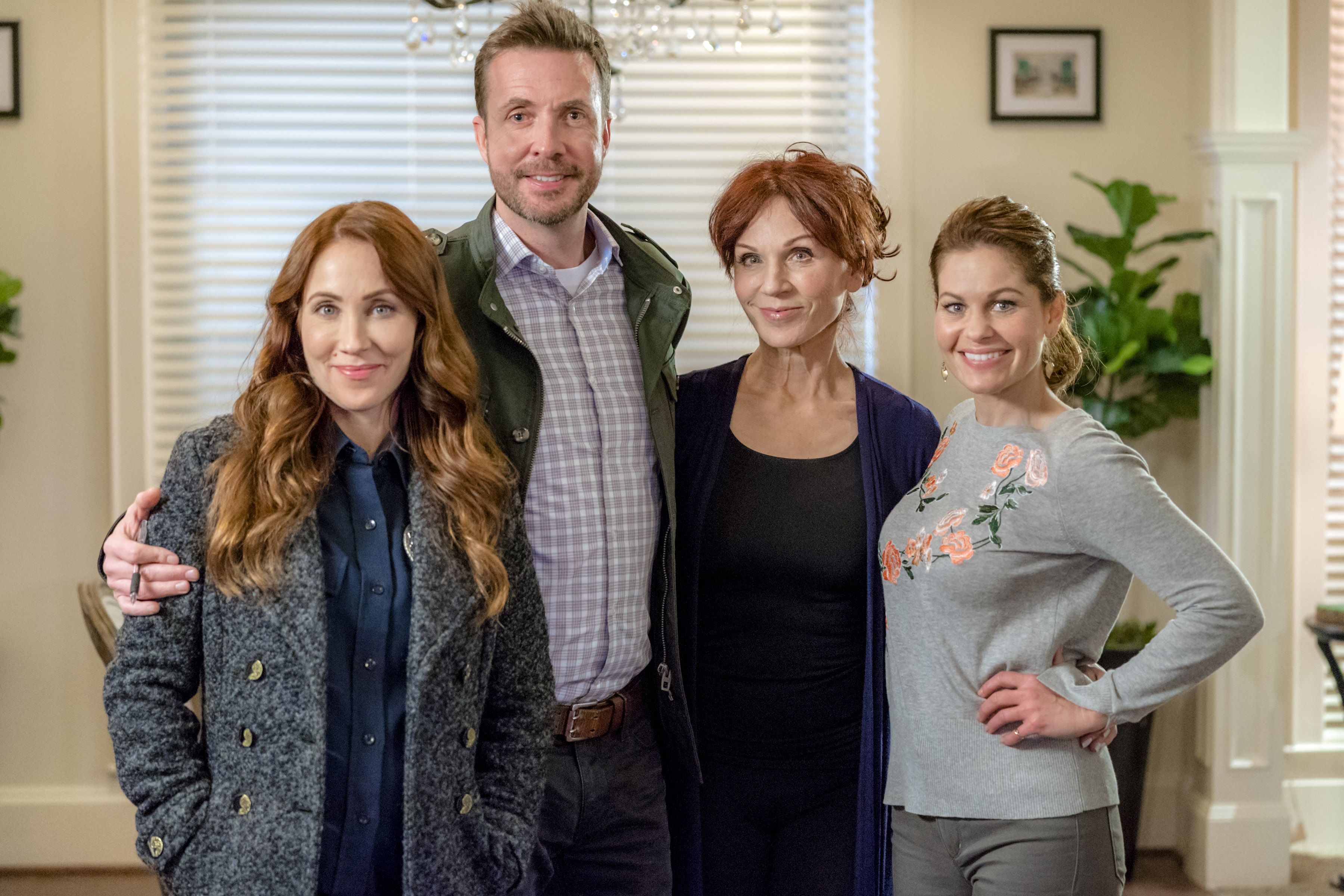 Aurora Teagarden is already up to its seventh film based on the Charlaine Harris book series with Sunday night’s premiere of Last Scene Alive on Hallmark Mysteries & Movies. I haven’t watched all of the movies, but this one caught my eye because it marks the return of Robin Dunne as mystery writer Robin Daniels, Ro’s friend and very brief paramour in the second film (which you can catch Sunday morning at 11 am/10c).

In Last Scene Alive, Robin (the character) is back in Lawrenceton because he’s written a new novel that’s been adapted for a movie which is about to start production in town. All of that is news to Ro, as is the little tidbit that the book and movie are loosely based on her and her skills as a librarian sleuth.

While initially a bit reticent to have herself fictionalized, she warms up to the idea, but Robin’s return ruffles the usually calm, cool, and collected Martin, who’s already on edge because of some drama around one of his own friends. Ro spending time with Robin doesn’t help.

The murder mystery comes into play when the actress playing the fictional version of Ro is discovered murdered on the set, which sets off some danger for the actual Ro and a string of pointed fingers and accusations until Ro and the Real Murders Club eventually narrow down the suspect list.

The movie is a solid outing for the franchise and I especially enjoyed having Dunne back as a character the viewers and the characters know. Almost all of the core cast return, and they’re a very well-oiled machine as they begin their fourth year in these roles.

Candace Cameron Bure is joined by Yannick Bisson as Martin, Marilu Henner as Aida, Peter Benson as Arthur, Miranda Frigon as Lynn, Scott Lyster, as Perry, Ellie Harvie as Lillian, and Catherine Lough Haggquist as Terry. Sally (Lexa Doig) sits this one out since Doig was shooting The Arrangement, as does Bruce Dawson, who has played Aida’s beau, John.

Guest stars include familiar Hallmark regular Brenda Crichlow as the film’s producer, Ellen, Barclay Hope (who a whole lot of people now know as bad dad Cliff Blossom from Riverdale) as the film’s director, Joel, who strikes up a friendship with Aida, When Calls the Heart/Garage Sale Mystery‘s Andrew Dunbar as the director’s assistant, Will, and Dunne’s real-life wife Farrah Aviva (UnReal) as Taylor, who has more on her mind being on set that manning the craft services table. Martin Wood directs a script by Teena Booth–it’s his third and her sixth time on the series.

Last Scene Alive An Aurora Teagarden Mystery premieres Sunday at 9 pm/8c on Hallmark Movies & Mysteries after a daylong marathon of the previous six films, which begins at 9 am/8c. Here’s a sneak peek of the new movie.

The X-Files Preview: "This"

Hiatus Helper: The Cast of Downton Abbey on Hopes for Season 4 [VIDEO]

Castle Preview: 5 Things to Expect from “The Final Frontier” [VIDEO]