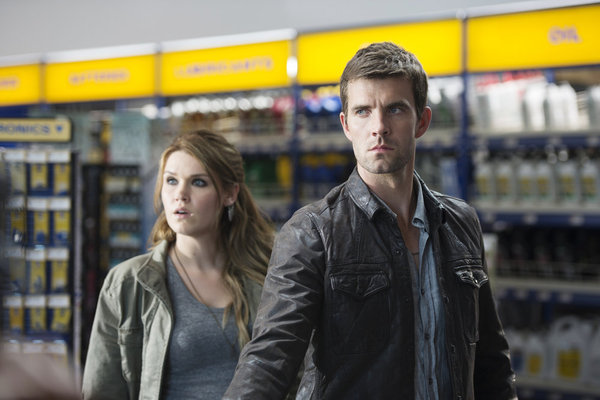 On Syfy’s Haven, Duke knows that Lexie’s Audrey. It happened in an amazing moment from last week’s episode. So completely satisfying. Expect this week’s installment to be even bigger. No lie.

Synopsis for “Countdown”:Â Lexie, Nathan and Duke investigate clocks that start counting down to people’s deaths.

What else can you look forward to from this episode? Well, we’re not going to spoil much. Just know that a lot of things happen. Some of them epic, some of them evil and some of them deadly. We learn more about Vince, which was definitely interesting. It’s about time we learned more about the guy’s past. He’s remained a mystery this whole series other than the reveal that he’s the leader of the Guard. Also, Duke’s brother plays an integral part of “Countdown” and Nathan finds himself in danger on a couple different levels. That’s all we’re going to say on the matter. After watching “Countdown,” we can’t wait to see what’s going to go down in the second half of season four. HavenÂ airs tonight at 10/9c on Syfy. Look for our own Heather M. to recap/review “Countdown’s” major events this weekend. Until then, enjoy the videos below.

What They Said: Favorite Quotes from Parks and Rec "Gin It Up!"