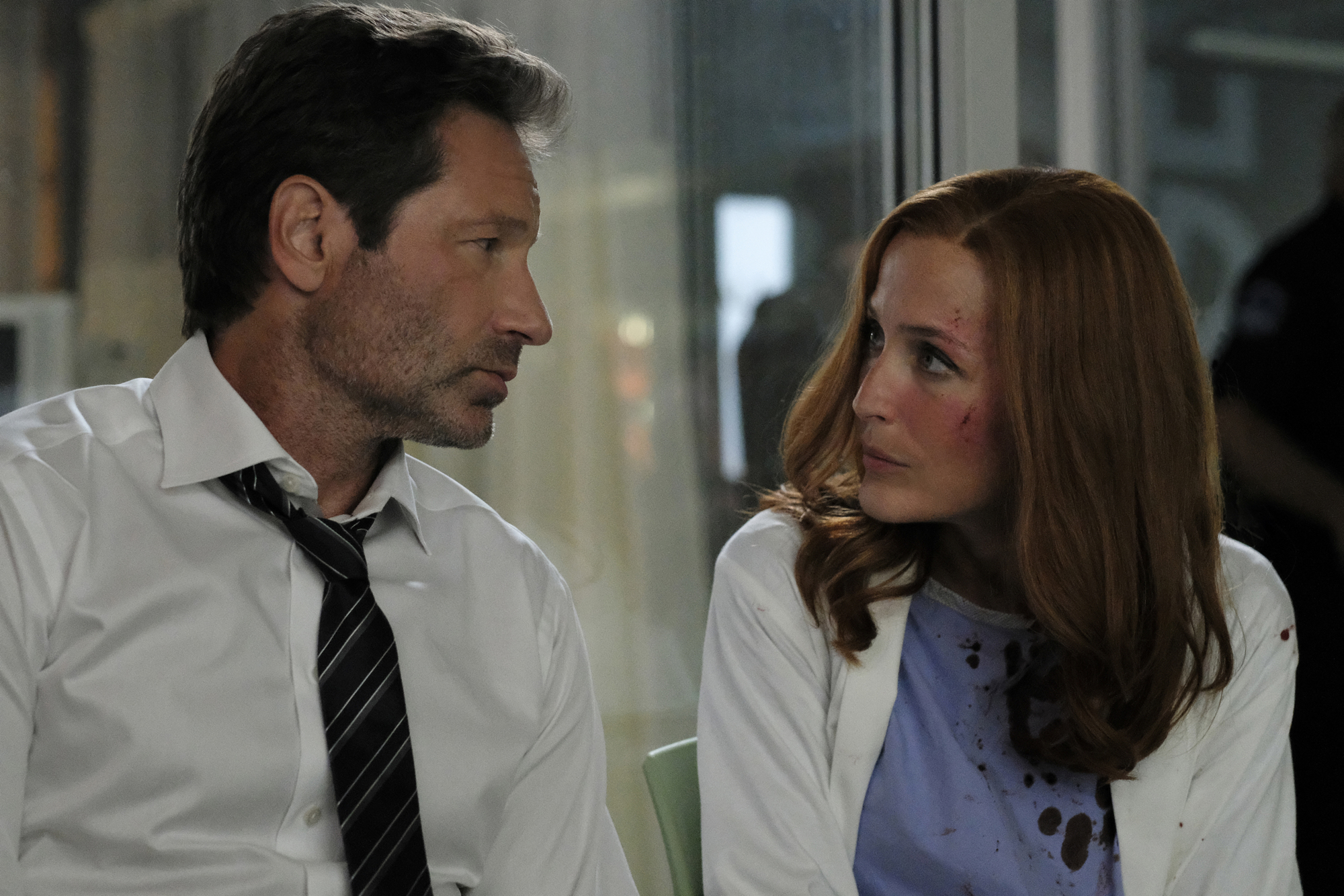 Y’all know I’m the easiest mark out there for The X-Files (I live Tweeted the 19-year-old episode “Bad Blood” alongside other fans during a live stream marathon two weeks ago), but even I had issues with the season finale we got from 2016’s six-episode “event season.” That said, I was still ready for them to come back at their leisure, and thankfully that arrived sooner than later. Well, bonus, because we get 10 episodes this season, and right out of the gate, they walk back that season finale with a little bit of, “About that…funny story.”

The season opener, underscored by a considerable amount of exposition fairy, reflects on the often terrifying current state of the world and the actual planet Earth, media, war, famine, pestilence, etc., and adds a dash of alien life forms and space exploration for good measure.

Mulder (David Duchovny) and Scully (Gillian Anderson) navigate that, and by the end of the hour, we have a few possible paths forward, but the basic message that the work of The X-Files comes first, particularly amidst today’s sociopolitical shitstorm, carries on while they wait for the rest to follow, whatever and whenever that may be.

We also revisit a variety of themes, from sins of the father a la Empire Strikes Back to Sophie’s Choice, and if you ever wanted a Scully GIF of “What. Is. Happening.” Christmas came a little later this year. In the middle of that, the episode also takes a minute here and there to throw out the idea that perhaps the worst things striking paranoia in today’s 24/7 news cycle aren’t so far-fetched.

Since we have 10 episodes to play with, they can’t all be winners, and as a season premiere that tries to do some reframing/housekeeping from the predecessor season’s finale, it moves quicker than it probably should, and not completely convincingly, to wrap that up while establishing a few threads (that include one resounding NOPE) for the new season.

I’m just so glad they’re back, and I’ll accept this as a tweener episode designed to put that finale to bed. Never fear, though. Next week’s episode comes out swinging in all the familiar, funny ways we adore. My 25-year love affair continues.

The X-Files airs Wednesdays at 8/7c on FOX. Here are a few sneak peeks of the new season.

It's a New Year's Throwback as Lucifer Holidays in the "City of Angels?"