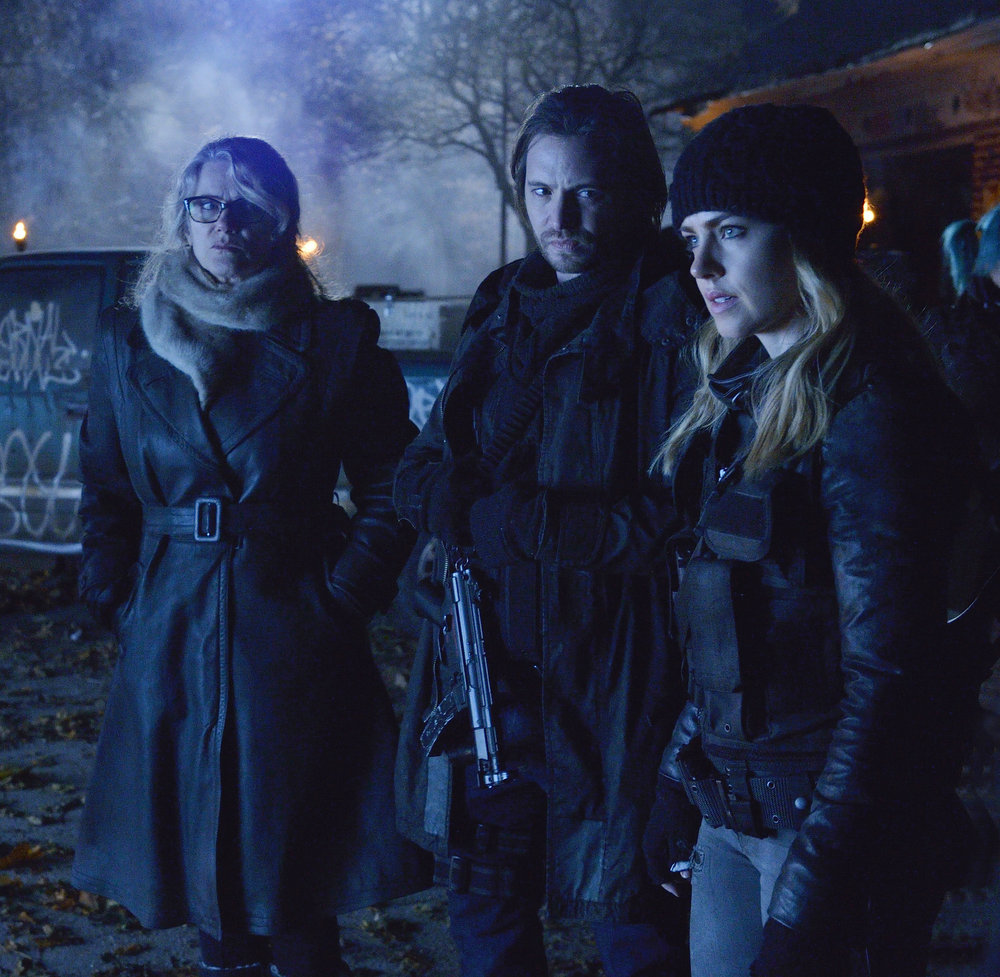 We’ve arrived at the second season finale of 12 Monkeys, and I’m going to be brutally honest when I tell you it’s a very good thing that we know for sure there’s a season 3 coming. I watched it a while ago, when that hadn’t yet been decided, and there are so many questions and “what if” and OMG moments that you will definitely benefit from knowing there is a future after the credits roll.

Last week, we saw Cassie and Cole finally relent and begin their love affair, and that’s where we find them as the season finale opens, but all that would be perfect can’t ever actually be in the land of sci-fi, and soon Cole starts to see cracks. That leads him to a conversation with a woman played by Madeleine Stowe (a nod to the 1995 film). While on the surface she might seem all crazy talk, she has a point, and Cole follows her clues.

That sets him on a course that shifts all the timelines. As we’ve learned, over and over, there is rarely a forever in 12 Monkeys and we are reminded of that on several fronts in “Memory of Tomorrow.”

I highly recommend you watch it live, and by all means, come live Tweet. If you can’t watch live, set your DVR over a couple of minutes just in case.

Check back after the finale for the last part of my chat with Amanda Schull and Aaron Stanford. If you missed it last week, here’s where you can find their thoughts on “Blood Washed Away.”