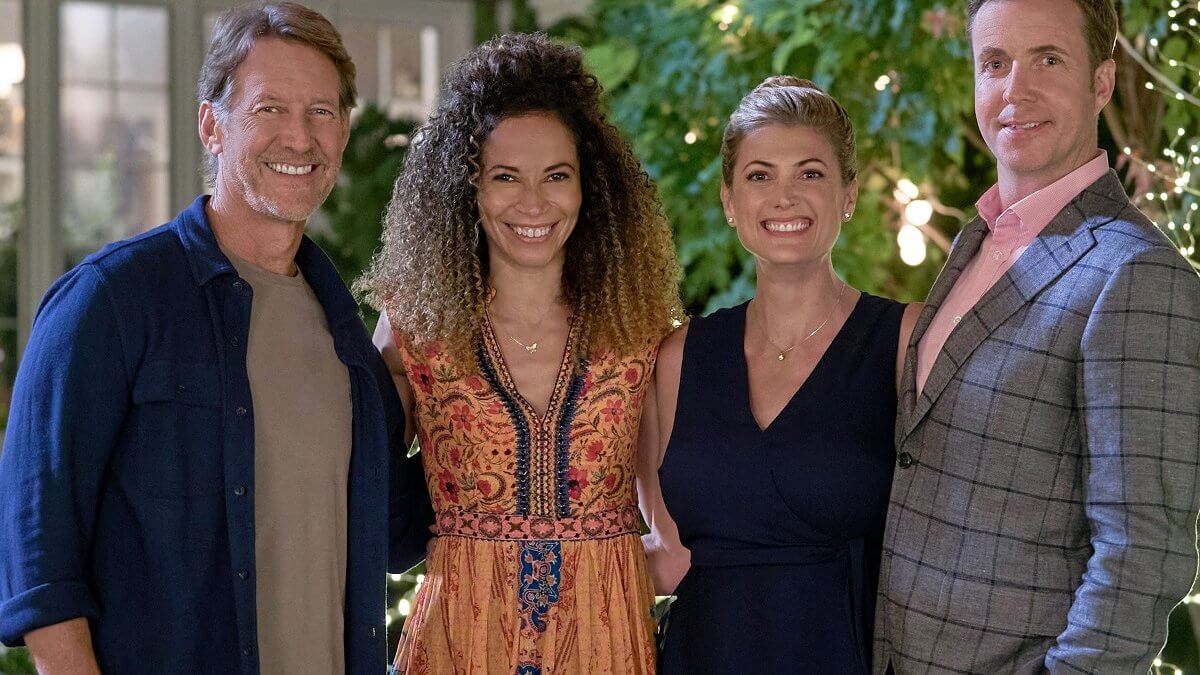 In the film, the Bensons play Naomi and Simon, a longtime couple, newly engaged, who ask their respective BFFs, played by Denton and Saum, to stand up for them in their wedding. That’s easier said than done when Jack (Denton) and Barrett (Saum) have shared a decade-long frosty relationship that doesn’t lend itself to jovial event planning.

What Jack and Barrett do share is a love of music. Jack’s a successful musician with an, “Oh my God, you’re….” kind of following while Barrett is an educator, and one of her students happens to be Jack’s son, Teddy (Denton’s real-life son, Sheppard Denton).

When they connect musically during a duet at the engagement party, they finally start to see that they’ve missed out on a friendship and maybe something more that’s been right in front of them the whole time.

Perfect Harmony premieres at 9 pm/8c Sunday night on Hallmark Movies & Mysteries. Here are a couple of sneak peeks. One programming note–the holiday movies start on both Hallmark networks next weekend, so scan this weeks listings and get to DVRing if you have a soft spot for the fall movies as they won’t be back on the schedule for a few months.