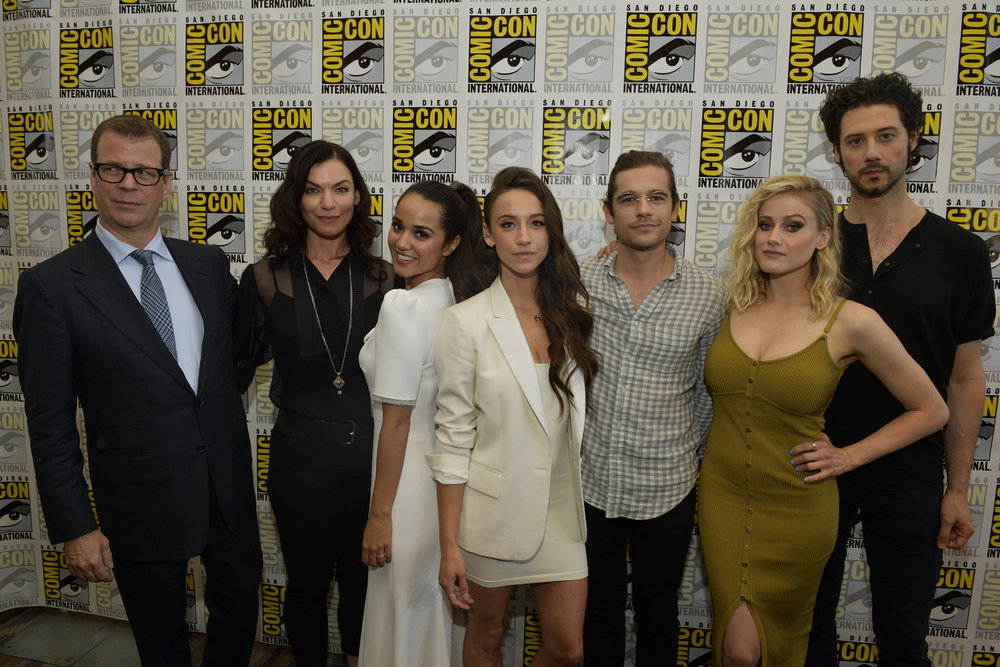 Season 3 ended in a pretty dark place, but I wouldn’t have expected anything less from this show. Fillory is under the occupation of the Fairies and magic is “dead.” For a show called The Magicians, that’s a pretty big pickle to be in. All is not lost, though, because Julia has magic. But why is that? And what are the real-world consequences of a world without magic? What can Quentin, Julia and Penny do in their world and how will that affect Eliot and Margo in Fillory? We had the chance to ask these questions and so many more when we sat down with the cast and EPs at Comic-Con this year.

Hale Appleman and Summer BishilÂ on their costumes for S3, how their relationship changes now that their kingdom is under threat, upping the biting wit and sarcasm, on repairing/strengthening their relationship and â€œwooâ€ magic:

Jason Ralph and Stella Maeve on their role reversals and the real-world consequences of losing magic, when Kady comes back into the picture and how she affects the Quentin/Julia dynamic, how Julia and Quentinâ€™s relationship is evolving and their journey on the Muntjac:

Olivia Taylor Dudley on her favorite version of Alice, her characterâ€™s journey this season and where she hopes to see Alice go, being born into magic and then becoming a Niffin and being on the boat this season:

EPs John McNamara and Sera Gamble on â€œkillingâ€ magic at the end of S2 and new magical creatures in S3, making a show in the age of social media, on how long magic might be dead and how magical creatures have no interest in helping and S3 musical choices:

Arjun Gutpa was on the panel, but not in the press room. Disappointing, I know. Here’s a picture:

Want to know more about the Muntjac? Here’s a S3 sneak peek:

Season 3 of The Magicians returns in 2018 on Syfy.