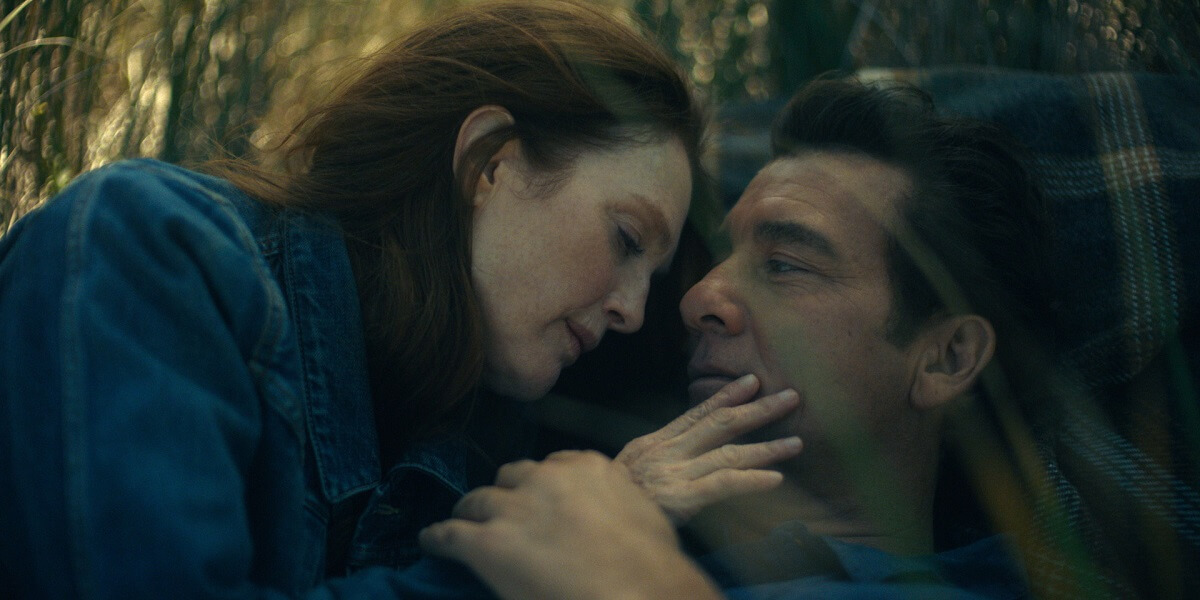 As an 80s kid, I cut my teeth on Stephen King miniseries from Salem’s Lot to the OG It and The Stand. Apple TV Plus dips a toe into that ouevre this Friday with an eight-episode TV adaptation of his novel, Lisey’s Story, headlined by Julianne Moore and Clive Owen alongside Jennifer Jason Leigh, Joan Allen, Ron Cephas Jones, and Dane DeHaan.

A meandering portrait of love, grief, and the metaphysical, the story follows Lisey Landon (Moore), the widow of bestselling novelist Scott Landon (Owen), whose cause of death is one of the many mysteries revealed over the course of the series. Wandering back and forth between the past and present and the real and the fantastic, the episodes unwind the memories that Lisey remembers and the ones she blocked out.

The series begins as Lisey, still grief-stricken and sticking close to home–and Robert’s converted barn office packed with his papers in boxes–is visited by Dashiel (Jones), Robert’s former colleague, making yet another attempt to procure Robert’s unpublished works. Lisey has no interest in relinquishing them, which she conveys in no uncertain terms. She’s also irritated that his arrival coincides with sister Amanda’s (Allen) latest breakdown, which she’s racing to arrest before she spirals into catatonia.

Undeterred, Dashiel engages the super creepy Jim Dooley (DeHaan), one of Robert’s adoring–and unhinged–fans who’s not above assault and torture to persuade Lisey to change her mind. Dashiel underestimates his errand boy, who ratchets up the stakes in increasingly threatening ways.

As Lisey sorts out that drama, and the bleed through memories of her marriage, she’s also navigating Amanda’s crisis while her other sister, Darla (Leigh), is just over their bullshit. All eight episodes–adapted by King himself in a television first–were directed by Pablo Larraínhails.

It’s a moody, lush, and at times, unnerving watch, and if you’re a Moore/Owen/Allen/Leigh/Cephas/DeHaan/King stan, you can probably roll with the more fantastical elements that push and pull the characters in and out the otherworldly realm that serves as a refuge of sorts from horrible things they experienced in the real world. The standard caveats about King and violence apply, although they mercifully dial back an animal-related cruelty from the book.

Lisey’s Story premieres Friday, June 4th, on Apple TV Plus with the first two episodes. The remaining six episodes will be released every Friday. Here’s a sneak peek, and a look behind the scenes with Stephen King.

Photos and Video Courtesy of Apple TV Plus.