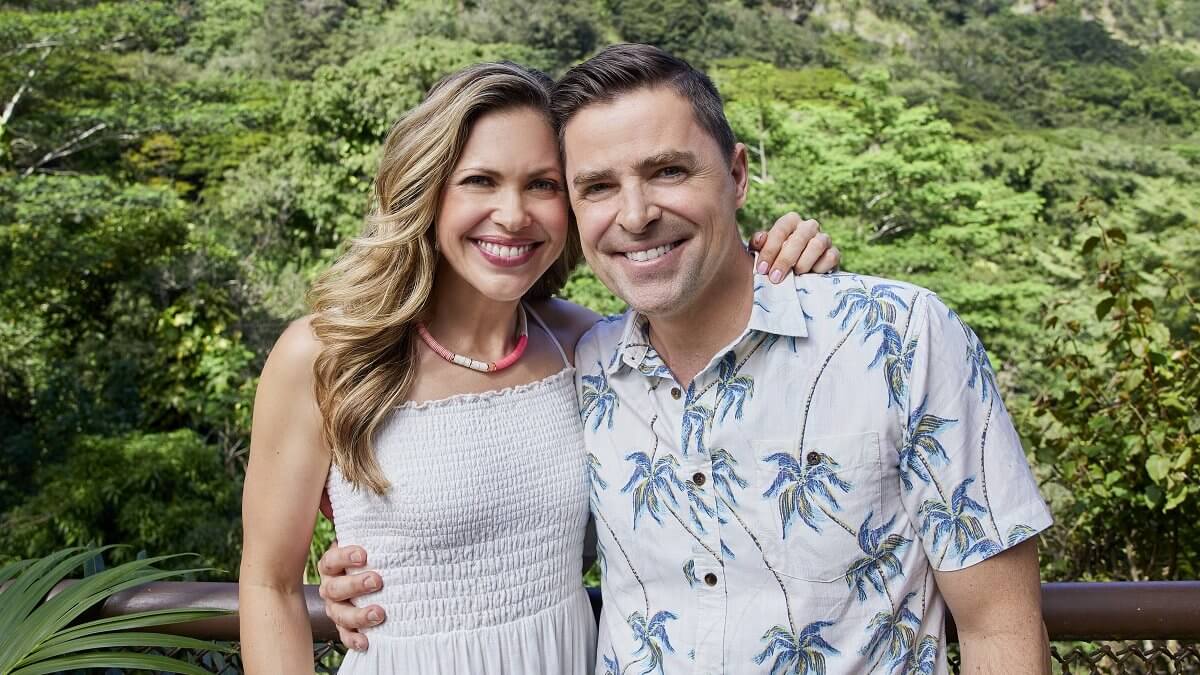 When Calls the Heart power couple Pascale Hutton and Kavan Smith are giving the Coulters that Hawaiian vacation after all (by proxy) Saturday night when they kick off Hallmark Channel’s Summer Nights month of premieres with You Had Me at Aloha, in which they co-star and executive produce). The movie follows an adventure TV producer, Paige (Hutton), and host, Ben (Smith), who are paired up by network executive, Millie (Jennifer Aspen, who also executive produces), to host a new season of a popular show after the host bails out.

A former time host whose spectacular fail is still YouTube fodder, Paige is reticent to get back in front of the camera, but after tape of her audition with Ben finds its way to Millie, she becomes the front runner to join him in Hawaii. She conditionally agrees to a one-and-done outing for a three-week shoot, but over the course of filming, Paige and Ben wear each other down–and bring out the best in each other.

As it happens, Ben has his own reasons for being an adrenaline junkie prone to working off the cuff, just as Paige is strictly on script for fear of another snafu going viral. While that discrepancy in working style initially puts them at odds, a heart to heart gets everything on the table. And it opens them up to be more vulnerable with each other off the clock, too.

Real-life BFFs Hutton and Smith are in sync as always and it’s fun to see them play Paige and Ben as they needle each other along the way to a romance. Aspen has a good time as Paige’s friend and boss who’s working on recognizing her own vulnerabilities that have disappeared behind the all-business facade. The cast also includes Valen Ahlo as Ben’s BFF and director, Luis. John Putch directs a script by Rick Garman. It’s a light, fun, gorgeously filmed-on-location travelogue/romcom.

You Had Me at Aloha premieres Saturday at 9 pm/8c on Hallmark Channel. Here’s a sneak peek.