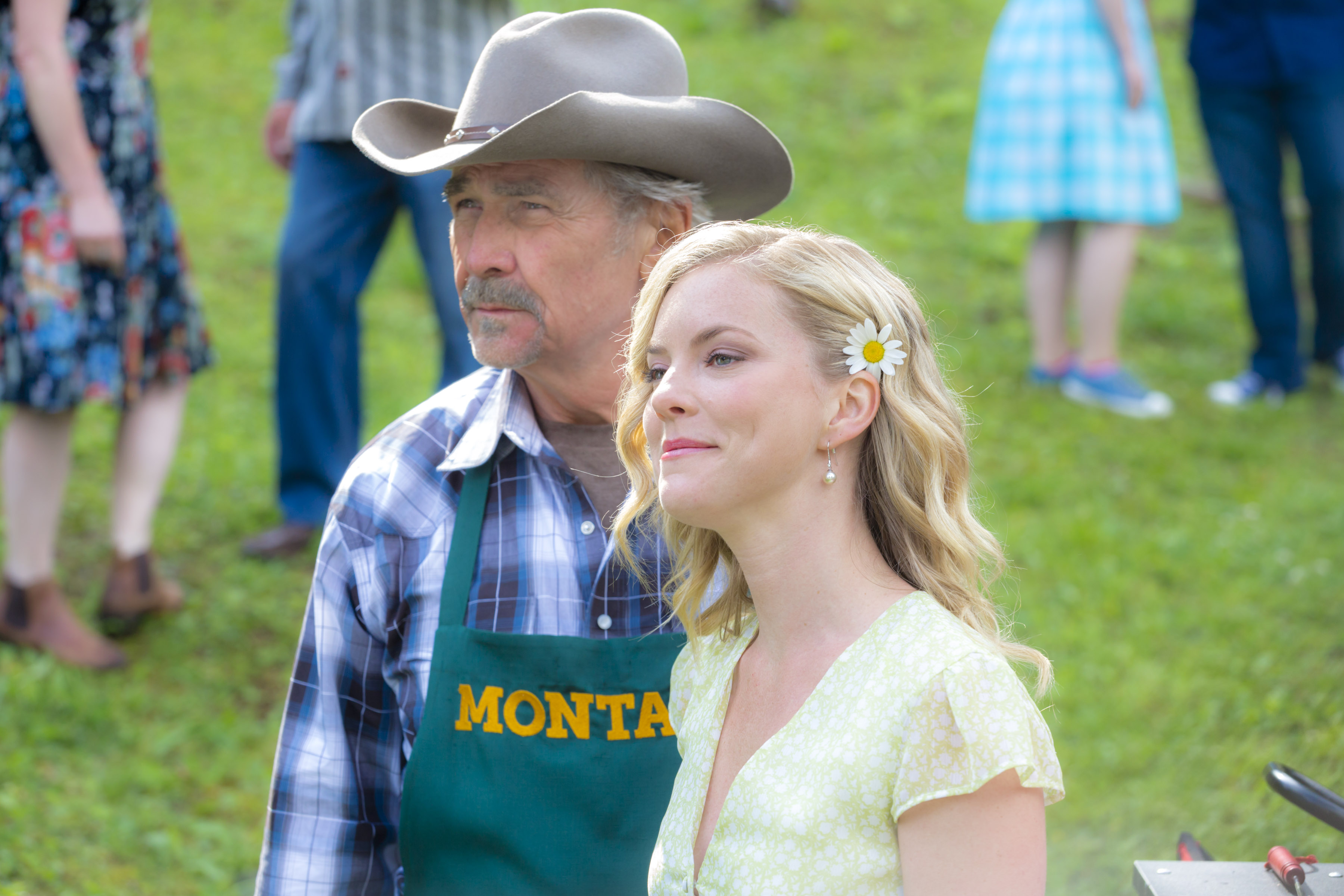 Directed by James Brolin (Life in Pieces), who also stars, the new film is a fish out of water tale about Hank Pavlik (Brolin), a Montana rancher who suddenly inherits a title and estate in Central Europe. At the insistence of his daughter, Kelly (Cindy Busby), a college English professor whose career path has caused friction in their relationship, he goes to check it out and finds that the tiny country might not be so far from his roots after all.

There’s also a romance component to the movie (of course), as Hank connects with fellow expat Joan (Eastenders‘ Glynis Barber), who runs the tavern in town and Kelly has the dueling attentions of Alex (The Royals‘ Andrew Cooper in his Hallmark debut), who lives on the property and works with the horses and livestock, and Nikolas (Lachlan Nieboer from Downton Abbey and Torchwood), the king of the neighboring country, who has personal and political reasons for wooing her.

It’s super light-hearted, very sweet, and as much about a dad and daughter reconnecting as it is a romcom. The film marks Brolin’s second turn as a director of a Hallmark project in which he also stars, following Christmas 2016’s I’ll Be Home for Christmas.

Busby is familiar to Hallmark viewers from appearances on Cedar Cove and When Calls the Heart as well as a handful of films on both of its networks She also appeared in UPTV’s Date My Dad. Robin Bernheim Burger (When Calls the Heart) & Kerry Lenhart (Reign and Signed, Sealed, Delivered) wrote the script from a story by John J. Sakmar (Reign and Signed, Sealed, Delivered).