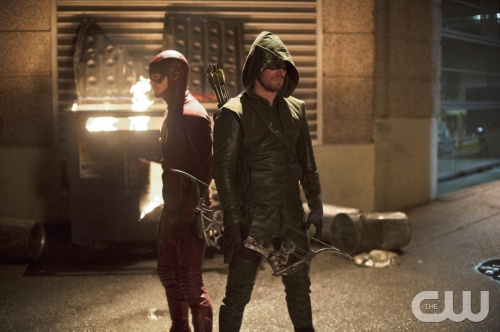 Tina and Kara here. We had the privilege of attending the epic (and we don’t use that word lightly) Flash/Arrow crossover screening event two weeks ago. It was so much fun to see the episodes back to back and with such an enthusiastic crowd. We never want to give too much away, but we’ve got a few nuggets to tide you over until you can see the episodes for yourself.

Now, if that’s not enough we’ve also got the “official” episode descriptions below.

Barry is thrilled when Oliver, Felicity and Diggle come to Central City to investigate a case involving a deadly boomerang. Excited about teaming up with his friend, Barry asks Oliver if he’d like to help him stop Ray Bivolo (guest star Paul Anthony), the meta-human Barry is currently tracking. Bivolo causes people to lose control of their emotions and has been using that skill to rob banks. Unfortunately, the superhero partnership doesn’t go as smoothly as Barry expected. When Oliver tells Barry he still has a lot to learn, Barry sets out to prove him wrong by attempting to stop Bivolo alone. However, when Bivolo infects Barry and sets him on a rage rampage, everyone is in danger, and the only one who can stop him is the Arrow. Meanwhile, Iris (Candice Patton) is furious when Eddie tries to get a task force to stop The Flash, Joe and Dr. Wells agree the Arrow is a bad influence on Barry, and Caitlin and Cisco deal with a new team in S.T.A.R. Labs.

Oliver, Arsenal and Diggle track down the location of a boomerang-wielding killer named Digger Harkness (guest star Nick E. Tarabay) but are surprised when they come face to face with an A.R.G.U.S. team. Diggle asks Lyla why A.R.G.U.S. is involved, but she defers until Harkness attacks the building, killing several agents and targeting Lyla. The Arrow joins the fight and gets help from an old friend — The Flash. Harkness manages to get away and Oliver teams up with Barry again to find him before he can get to Lyla. When Harkness plants five bombs in the city that are timed to explode at the same time, both teams must come together to save the city. 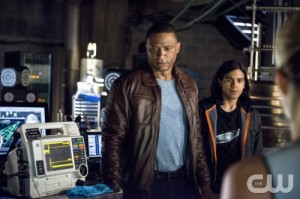 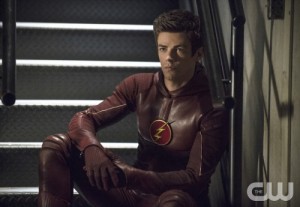 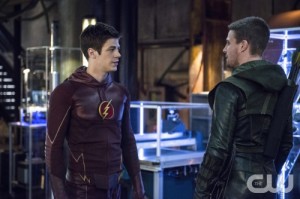 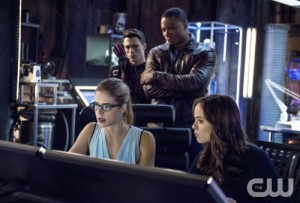 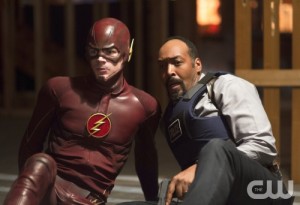 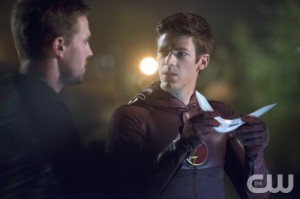 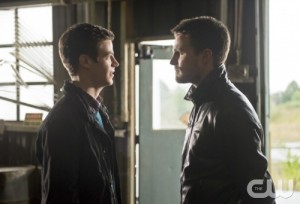 Once Upon a Time "Fall"