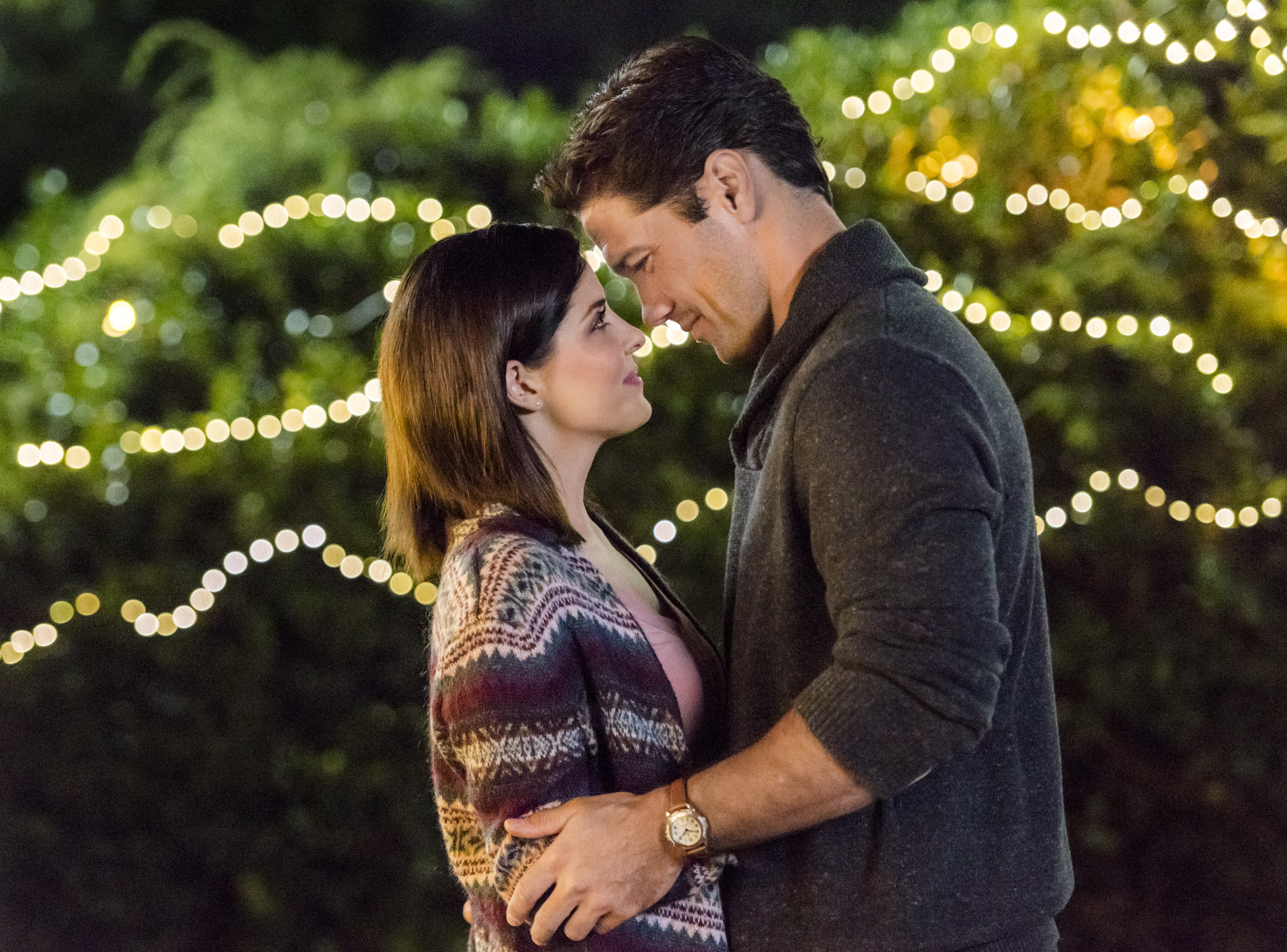 Saturday night, Jen Lilley returns to Hallmark Channel in Harvest Love, her third pairing this year with director Christie Will Wolf after February’s A Dash of Love and August’s Eat, Play, Love. In the second part of our interview, Lilley talks about the new film, which is very near and dear to her heart.

Harvest Love follows Luna, a widowed Seattle surgeon trying to bridge the distance between herself and her young son, Andy (Brendan Sunderland), who she’s unintentionally neglected in the wake of her own grief. On a fall trip to her family’s pear farm, they repair their relationship and she rediscovers her sense of self, which had also been pushed down as she committed completely to the one thing she could control–her career. Since it’s Hallmark Channel, she also finds love again with Will (General Hospital‘s Ryan Paevey), who works at the farm.

The cast is rounded out with Hallmark familiar faces Chiara Zanni (Garage Sale Mystery), Lini Evans (Stop the Wedding), and Aaron Craven (Signed, Sealed, Delivered and UP’s Ties That Bind). The script was co-written by Will Wolf and A Dash of Love’s Judith Berg and Sandra Berg.

“[This] is such a good movie. It’s such a grounded film. It’s a little more grounded than normal Hallmark movies. It has more relatable heartache. These are the ones I love. Our executive producer, Lincoln [Lageson]…I love and respect that man so much…he was concerned that [it might be too dark a premise],” she shares.

“[I play] Luna. She lost her husband–it’s unspecified how long ago [but] I can’t imagine that [ever] being easy, being a married person myself. Interesting fact, my real husband, Jason, played my husband in the photos. I love him so much and we’ve been married ten years. Super morbid, but it was so great because it helped me bring all the emotional elements to it. ”

“[Luna] has a 9-year old boy, and when she lost her husband, Philip, her coping mechanism [was] work, and she has lost sight of her son in a lot of ways. She’s Face timing with her parents, who are involved [in something like] Doctors Without Borders, and they suggest that she take that paid vacation she never takes and go up to the family farm and reconnect with her son.”

“She takes their advice and goes to the farm and meets the farm hand played by the amazing Ryan Paevey, and they have the typical romcom. When they meet, she doesn’t know he’s the farm hand so they don’t get off on the right foot, and that’s part of the formula I love. They become friends and fall in love.”

Lilley was drawn to the film’s universal themes that will resonate with viewers, even if the exact circumstances of her character are unique. “We’re not all widows, but anybody over the age of 12, I think, has experienced love and loss. It has the traditional Hallmark spin that I love, being from Virginia, where they spin their movies to positivity, and I think we can all use that in the world we’re living in right now,” she says.

“I love it because it’s grounded in reality and it’s very appropriate. There’s no moment in the film where you feel like, ‘Oh, it’s too soon. She shouldn’t be falling in love with somebody.’ [They] fall in love as a family unit and I think it’ll bring a lot of cathartic healing to a lot of viewers. It’s fantastic. I’m looking forward to it.”

Soap Notes: Days of Our Lives' Freddie Smith and Christopher Sean on the Double Wedding