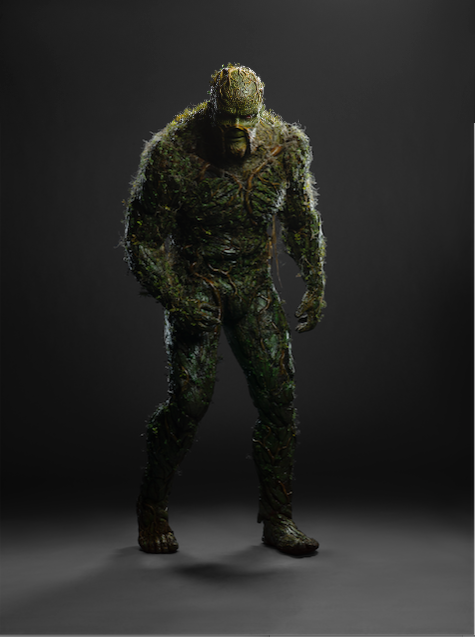 The summer TV season gets a much needed jolt of horror with the return of the Swamp Thing.

In addition to the comics, there was a 1982 movie starring Adrienne Barbeau and Louis Jordan. A 1989 sequel called Return of the Swamp Thing with Heather Locklear playing Abby. And there was a 1990 TV series that aired on USA Network for three seasons.

But this incarnation looks to pay homage to the comics and the versions that have come before as well as separate itself from the pack.

At a recent screening executive producers Mark Verheiden and Len Wiseman talked about revisiting this universe.

EP Mark Verheiden: We wanted to do a Swamp Thing that was really true to the comics and to what Alan Moore and Steve Bissette did.

Verheiden: We were looking to create this world that felt modern and yet still had a southern gothic feel to it.

Verheiden: And [we wanted to] create a world in Marais where Abby Arcane comes into it and has enormous amounts of problems and backstory that she has to deal with. That was the impetus for that. And also to do a great horror show. That was genuinely scary and could be R-rated at times.

EP Len Wiseman: The chance to do something within the DC universe that was more slanted towards horror was very exciting to me and also the time that took in terms of really going into the origin story I was fascinated with. In terms of bringing it to live I was excited by the tone and the horror aspect feeling very different.

Fun fact. They built their own swamp in Wilmington, NC where this series films.

Get ready for some creature feature Friday nights this summer as Swamp Thing comes to life on DC Universe starting tonight.