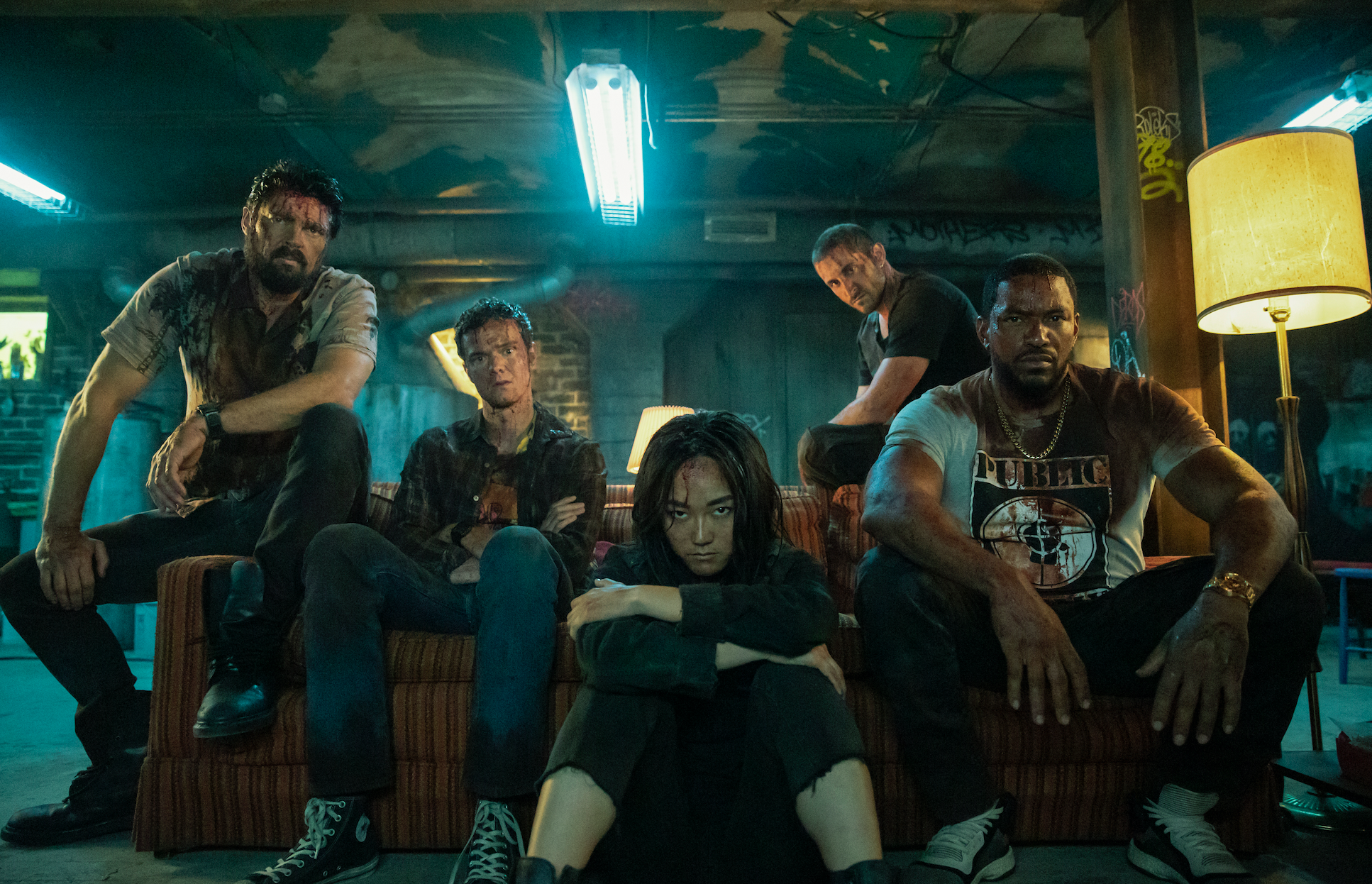 It’s an exciting time to be a fan of Amazon Prime Video’s The Boys. The first three episodes of season two dropped this weekend.

Viewers can rest easy watching the new episodes since a third season has already been announced. So whatever mayhem ensues from now until October 9, no worries. The series will live to see another year. What more could you ask for? Oh right. The knowledge that Supernatural’s Jensen Ackles will be a part of the third season.

Amazon knows the kind of quality buzz The Boys generates thanks to great season one reviews; the rich graphic novel source material comic book fans go gaga for; a stellar cast; and a proven showrunner in Eric Kripke. The executive producer knows his way around a watercooler-worthy drama/comedy hybrid having created the CW’s Supernatural and co-created NBC’s Timeless.

According to an Amazon press release, the streaming giant has responded with a handy dandy Aisha Tyler-hosted aftershow called Prime Rewind: Inside the Boys. In each post-episode recap and recall, “members of the cast, creative team and other special guests will join Tyler as they dissect the events that unfold in each episode.”

“The Boys is one of the smartest, most irreverent, unapologetically badass shows streaming,” Tyler explained in the release. “I became a fan during Season 1 and this season I’m stoked to be flying fans into the heart of the show as host of Prime Rewind: Inside the Boys. Season 2 is bigger, badder, and more audacious than ever before, so join me after every episode as we dig through the rubble pile of our feelings. I promise, we’ll get through it like The Boys — dysfunctional, but together.”

Tyler and company will have a lot to talk about considering how much the producers and writers pack into a mere eight episodes. It’s relentless on all levels. Action. Comedy. Character-driven plots and dialogue. Plus The Boys isn’t afraid to go big and go crazy. Somehow, no matter how insane this show gets, it all works. Here’s a quick and dirty preview.

Best Advice for Season 2: Bone up on Billy Joel songs. Hughie’s (Jack Quaid) going through a bit of a tough time. Enter the legendary singer’s iconic tunes which have become essential to the season two experience. They’re a major source of support as Hughie struggles with life, loss and a seriously messed up Butcher (Karl Urban).

Key Character Observation: We think Homelander’s (Antony Starr) going to regret the fact he killed his lover/enabler/Vought ally Madelyn Stillwell (Elisabeth Shue) at the end of season one.

Best New Character: A new superhero enters the world of the Supes. And she’s far from being the worst. Yes, Aya Cash from FX’s You’re The Worst joins the show as a new member of The Seven. She proceeds to knock performance after performance out of the park. She wasted very little time becoming a formidable presence.

Best Season 2 Rivalry: Bet you thought we’d say Homelander vs. Billy Butcher, didn’t ya? Well, that rivalry continues to please. But there’s one other we loved even better. Not going to name names because we don’t want to spoil anything. But it involves two of the female characters and we couldn’t get enough of it.

Discover more about the other Boys. Beyond Butcher and Hughie, get ready to learn even more about Frenchie (Tomer Capon) and Mother’s Milk (Laz Alonso) and that’s a beautiful thing.

Dysfunction is the name of the game. There isn’t just a rivalry between The Boys and The Supes. There’s conflict, jealousy and mistrust within these groups as well. Inner group conflicts tend to make bigger picture goals harder to accomplish. They also make for great television.

In this pandemic environment, socially distant ways to celebrate TV shows and movies are in order. The folks from Amazon recently set up a special drive-in screening of the first couple episodes of season two. Many of the cast members dropped in to The Grove in Los Angeles, California, to help jack up the hype over the new episodes. Guests drove through Lucy the Whale to claim their parking spots in front of the big screen. If you don’t know anything about Lucy the Whale now, you will by the end of the third episode. It needs to be seen to be believed.

The first three episodes of The Boys are currently live on Amazon. New episodes roll out weekly until October 9.