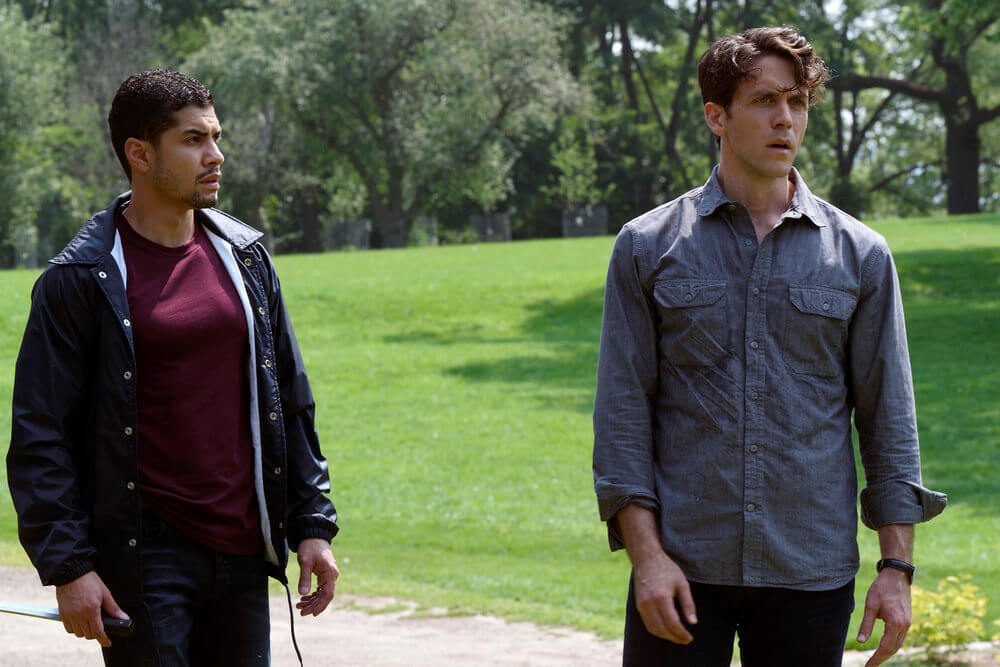 With half of its freshman season left, Dan Brown’s The Lost Symbol finally puts Peter and Robert in the same room in the current timeline, albeit under fairly extreme duress as they try to decipher the clues and pieces that Robert has assembled.

Katherine is running on fumes at this point, exhausted by all the loss, but she accepts Sato’s offer of help, with some valid reservations about her motives.

Nunez lives to tell about his encounter with Sophie and then tries to track down whether she did. And Mal’akh demonstrates some of his otherworldy abilities, leaving us with more questions than answers.

It’s a rich episode from a character standpoint to see Robert and Peter work with each other–and against Mal’akh–with their own kind of shorthand. And Sato has to decide where she lands on the line between doing her job and atoning for Zachary by helping Katherine.