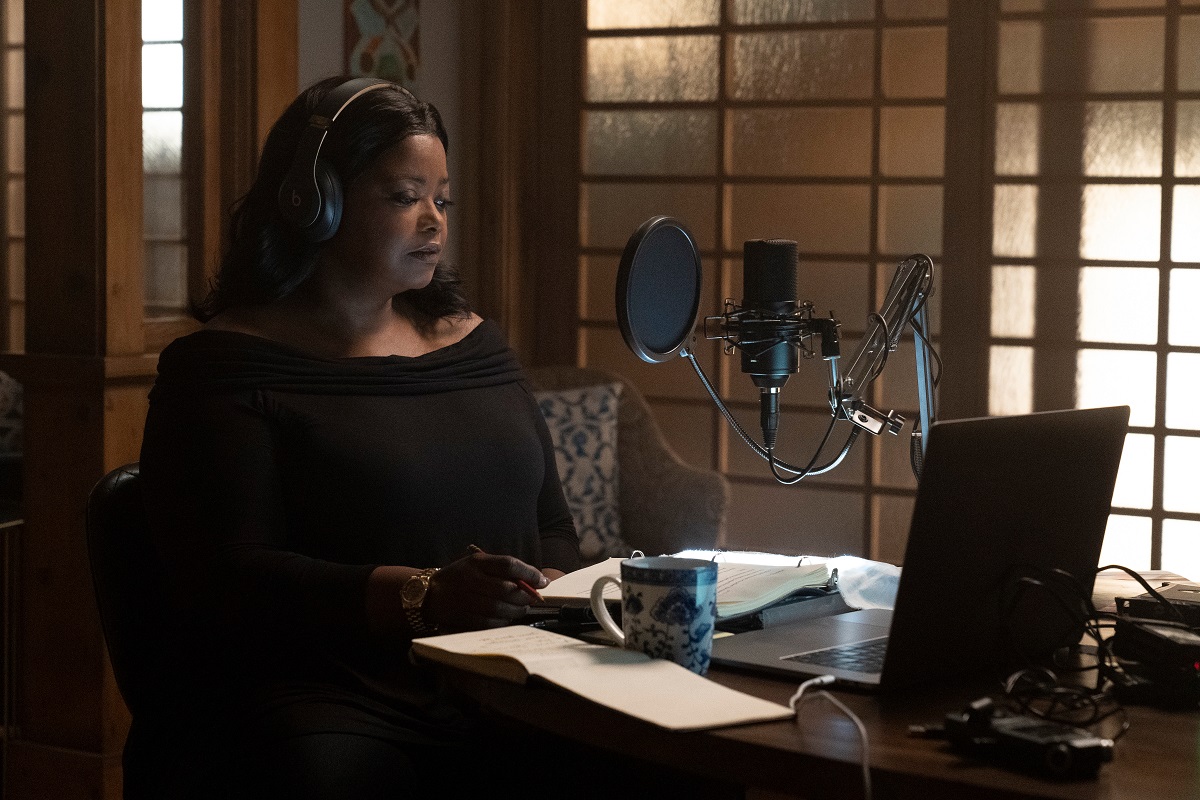 Tapping into the popularity of true crime podcasts and boasting a ridiculously talented cast, Apple TV+ launches its newest series, Truth Be Told, on Friday. Headlined by Octavia Spencer and Aaron Paul, and written entirely by showrunner Nichelle Tramble Spellman (Justified and The Good Wife), it’s as close as the streamer has gotten to a procedural drama, and it’s done really, really well.

Spencer is Poppy Parnell, a Pulitzer Prize-winnig journalist turned podcaster who made her name on the back of a homicide case 19 years ago, helping send away 17-year-old Warren Cave for the murder of a prominent Bay Area author. As the series opens, she’s attending a hearing to reopen his case based on a recently unearthed witness statement that suggests coaching.

That revelation sends her reeling and looking backward with an eye of what she could, and should, have done differently or better. Emboldened to right the wrong she may have committed, she decides to dedicate her next podcast to his case. That means facing the man the boy became and reopening some very old wounds for Warren (played as an adult by Paul) and his mother, Melanie (Elizabeth Perkins).

It also creates some drama in her own family–husband Ingram (Michael Beach), sisters Desiree (Tracie Thoms) and Cydie (Haneefah Wood), and father, Shreve (Ron Cephas Jones), plus her ex, Markus (Mekhi Phifer)–and the victim’s family, which includes his twin daughters, Josie and Lanie (both played by Lizzy Caplan).

It’s played for straight drama, with a fair amount of time spent on Poppy’s home life as she unpacks her conscience and heads down a very emotional path to redeem not just Warren. I’d imagine if we get a second season, Poppy would be our center, focusing on a different case, so it’s important that she’s a character we want to explore, and we definitely do.

Everybody in the cast, top to bottom, is excellent. The opener doesn’t have a ton with Spencer and Paul face to face, but it’s crackling when they do, sitting cagily opposite each other, each holding the other’s future in their hands.

Truth Be Told drops its first three episodes on Apple TV+ Friday, with the remaining seven rolling out each successive Friday. Apple TV+ is available now in over 100 countries through the Apple TV app on iPhone, iPad, Apple TV, iPod touch, Mac and other platforms, including online (tv.apple.com), for $4.99 per month with a seven-day free trial. Here’s a sneak peek.

Update 03/05/20: We are getting a second season that will follow Poppy on a new case! From the press release:

“Working with Octavia Spencer has been a dream come true for me. I am honored to continue to build the character of Poppy Parnell with her, and my partners at Hello Sunshine and Chernin Entertainment,” said writer, showrunner and executive producer Nichelle Tramble Spellman. “Apple continues to show their tremendous support for us and the show. I am thrilled to dive back into exploring our national obsession with true crime and how it plays out with our rich canvas of compelling characters.”

“I cannot wait to work with the talented Nichelle, as well as our partners at Apple, Hello Sunshine, Chernin Entertainment Endeavor Content, and the entire Truth Be Told family to continue expanding these characters and this world,” said Spencer. “There is so much more to explore and we are are truly excited to begin creating new episodes, storylines and characters.”