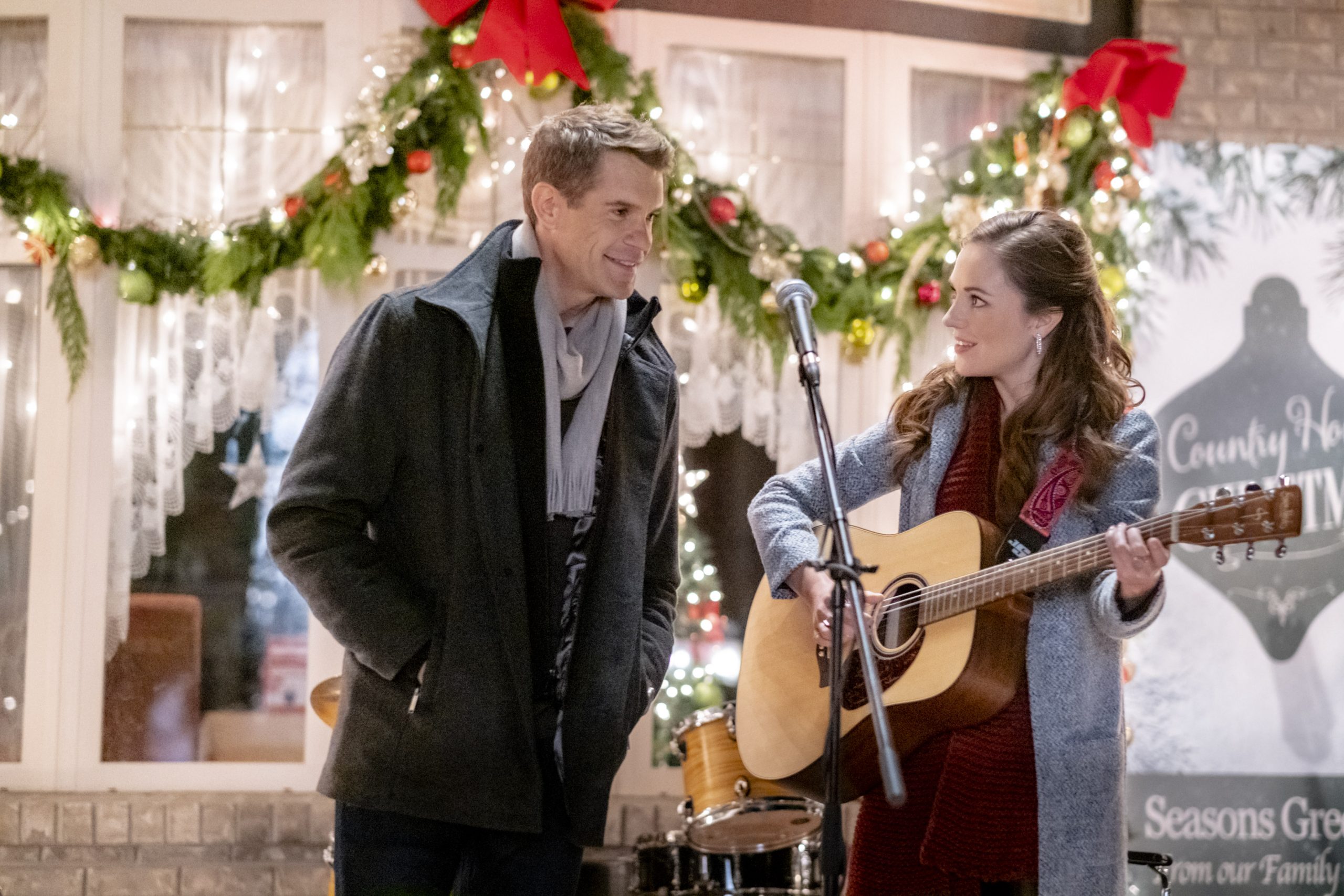 Ruby Herring‘s Stephen Huszar has two Christmas titles debuting this winter, and when I chatted with him in September about that franchise’s second installment, he’d banked one holiday movie and was mid-shoot on the other. Here’s what he had to say about A Homecoming for the Holidays, which premieres Saturday night on Hallmark Movies and Mysteries, and Mistletoe Magic, which will premiere in Canada on Super Channel Heart & Home on Christmas Eve.

Huszar has done several Christmas movies, and loves the themes that resonate for the fans. “I personally enjoy Christmas so much. It’s the one time of the year that I get cool quality time with family. I love that we can build these stories around that time and it’s just great to have inspirational films that [fans] can can relate to. I enjoy being part of those kinds of productions that help people out and paint a brighter picture.”

A Homecoming for the Holidays marries the themes of music and military, and Huszar had a fantastic time working on it with Laura Osnes. “This is a wonderful film. I play a military veteran. The story is broken up into different timelines,” he explains.

“Originally, I’m an army a soldier who goes to Afghanistan and I have a chance meeting with this beautiful girl [played by Osnes] who’s a budding country music singer. But when I come back and we fast-forward three years later and I’m not part of the service anymore. In the meantime she has become a huge country music star.”

“We meet when she comes back and sparks start to fly and we start to build a relationship from there. It’s a wonderful family film and all about service and giving back to the community. So I’m really excited about it.”

“Laura Osnes is absolutely amazing. We get along so well. It’s like we’ve been friends forever and her voice is angelic. Honestly, she brings us to tears when she plays on set. You know, both on and off the camera.”

“It’s been just a magical experience with her and the rest of the cast and crew. And we’ve bonded so tightly on this film. It’s literally become such a joy to wake up and go to set every day. We really look forward to it. I bounce out of bed excited about every day.”

Mistletoe Magic, which doesn’t have a US outlet that I’ve found (hit me in the comments if you have), is a decidedly lighter tale, co-starring Jessica Sipos and directed by fellow frequent Hallmarkie, Andrew Cymek, who also directed Autumn Stables. “I enjoy comedy very, very much. This one is going to be definitely leaning towards the romantic comedy side of things,” says Huszar.

“It’s a really, really adorable and cute story between two people who reconnect after some time apart and go on an adventure together to uncover a lost piece of an ornament, which they have to find before Christmas.”

A Homecoming for the Holidays premieres Saturday at 9 pm/8c on Hallmark Movies and Mysteries. Mistletoe Magic premieres on Christmas Eve at 8 pm/7c on Super Channel Heart & Home in Canada. Here are a couple of sneak peeks.