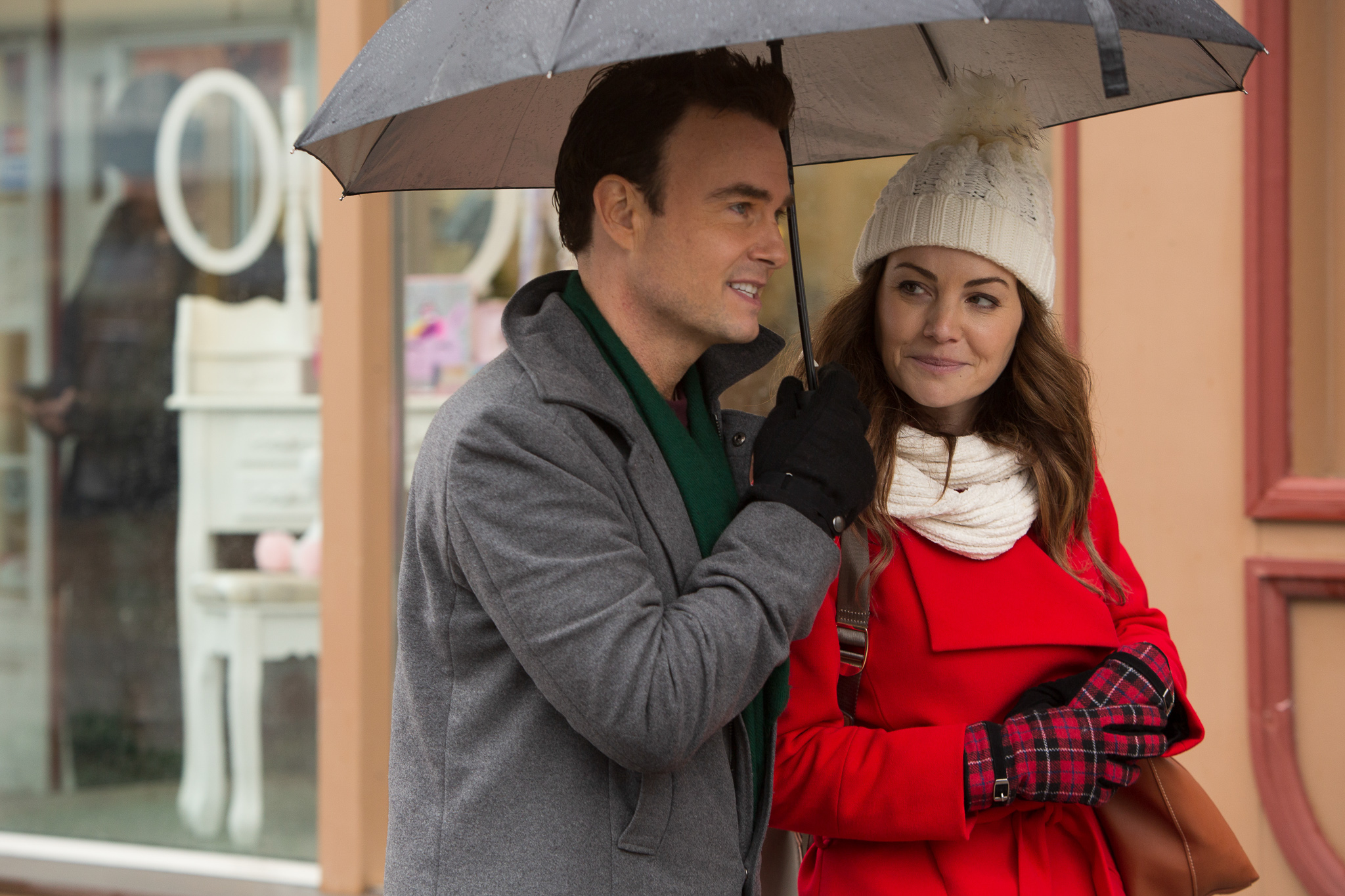 There’s a whole lot of Christmas going on this season, with close to 80 movies set to air across the various networks and streamers. With that level of content, there’s going to be some talent overlap, both onscreen and behind the camera. Sunday night, UP Television premieres the really sweet The Christmas Chalet, which is seriously even less than six degrees of separation from three other movies airing this winter. We’ll get to that.

Before she lands in The CW’s annual superhero crossover event reprising her role as Smallville‘s Lois Lane this week, Erica Durance appears alongside Robin Dunne in a Christmas story that takes a couple of pages from Summer Villa and Debbie Macomber’s Trading Christmas. Durance is New York photographer, Grace, who’s still reeling from her divorce and trying to repair her relationship with her teenage daughter, Lexi (Micah Kalisch), who mistakenly sided with her dad because she didn’t have all the details on the split. Grace also shares a home with her mom, Helen (Elva Mai Hoover).

When Grace hands in her latest shots to her travel website editor, Nancy (played by the film’s director, Jennifer Gibson, who also co-wrote the script with Marc Prey and Rickie Castaneda), the women chat about the holidays and Nancy throws out an opportunity to align work and family time with a week at a chalet in a small Vermont town that’s a tourist destination for year-round Christmas.

Before the women can arrive, bestselling YA author Jack (Dunne) gets to the chalet first. He’s booked it as a Christmas-free writer’s retreat to finish a non-YA novel without realizing the town’s theme. That’s torpedoed pretty immediately when Grace and her family land on him.

What begins as a fractious meet-cute softens when Helen and Lexi recognize Jack and wax rhapsodic on his books. Grace hasn’t read them, but she recognizes kindness when she sees it, and he very kindly humors their fangirling.

Once they realize the town is booked up, because, Christmas, they work out a compromise and the foursome agree to be housemates for the week. Over that week, they bring out the best in each other and reawaken the season for Jack. And Grace and Jack find a little love along the way.

It’s a lovely, thoughtful movie that has the usual Christmas town/dance/festival elements but also makes time for actual conversations across the whole ensemble. I really liked it. Dunne’s made a few of these that are still in Hallmark rotation (including Sound of Christmas, which co-starred Kalisch), but I believe it’s Durance’s first holiday title.

Now for that six degrees. Dunne is a hyphenate who also directs, and he directed Lifetime movie, The Magical Christmas Shoes, written by Castaneda and starring Christmas Cupcakes’ Erin Karpluk and Damon Runyan, who appears in this film as Grace’s ex-husband, Tom. The film premiered last weekend and is now streaming on Lifetime’s website.

Christmas Chalet airs at 7 pm/6c Sunday night on UP Television and repeats at 11 pm/10c. Our Canadian friends can catch it the same night on Super Channel Heart & Home at 8 pm/7c. Here’s a sneak peek: