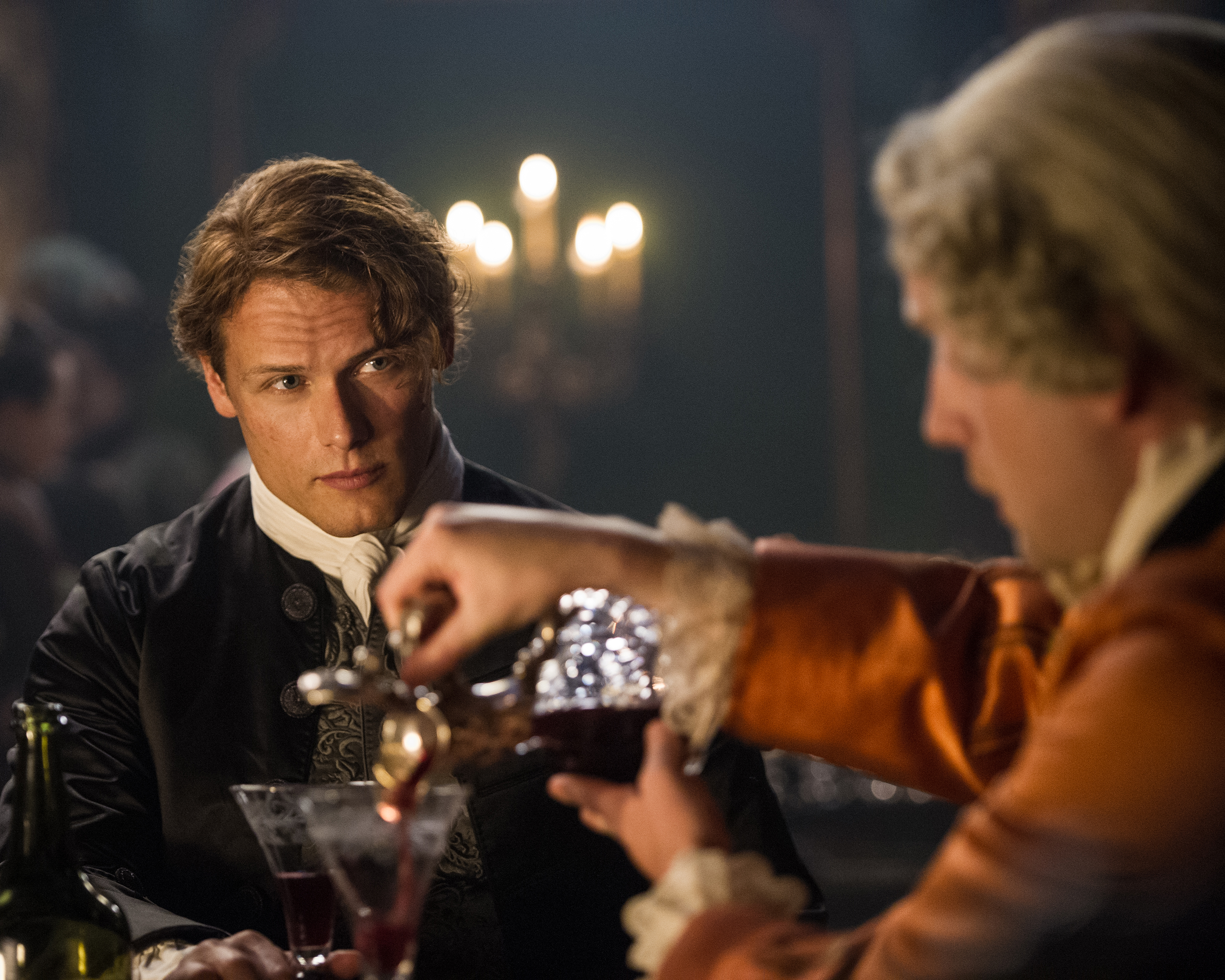 Both Tina and I are incredibly passionate about this show. You’ve probably read our “two takes” on every episode of Season 1. Because we were both so excited about the show and have enjoyed Executive Producer Ronald Moore‘s take on Diana Gabaldon‘s books, we were very happy when we found out Outlander would be at Comic-Con again this year.

Ronald Moore is keeping us in the dark about how Season 2 of the show begins. If you’ve read Dragonfly in Amber, you know that the action kicks off inÂ the 1960s. When I talked to Caitriona Balfe, Sam Heughan and the EPs, I wanted to know how Jamie and Claire are dealing with the trauma Jamie suffered at the hands of Black Jack Randall, how they’re fitting into Parisian society and preparing for their baby (or wee bairn), who the new characters are andÂ when Frank will make an appearance.

Season 2 of Outlander begins as Claire and Jamie arrive in France, hell-bent on infiltrating the Jacobite rebellion led by Prince Charles Stuart, and stopping the battle of Culloden. With the help of his cousin Jared, a local wine merchant, Jamie and Claire are thrown into the lavish world of French society, where intrigue and parties are abundant, but political gain proves far less fruitful. Altering the course of history presents challenges that begin to weigh on the very fabric of their relationship. However, armed with the knowledge of what lies ahead, Claire and Jamie must race to prevent a doomed Highland uprising, and the extinction of Scottish life as they know it. 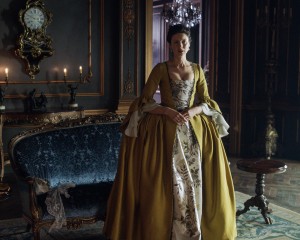 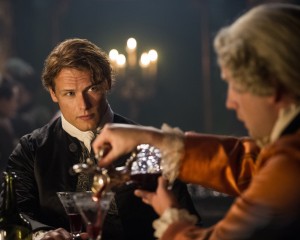