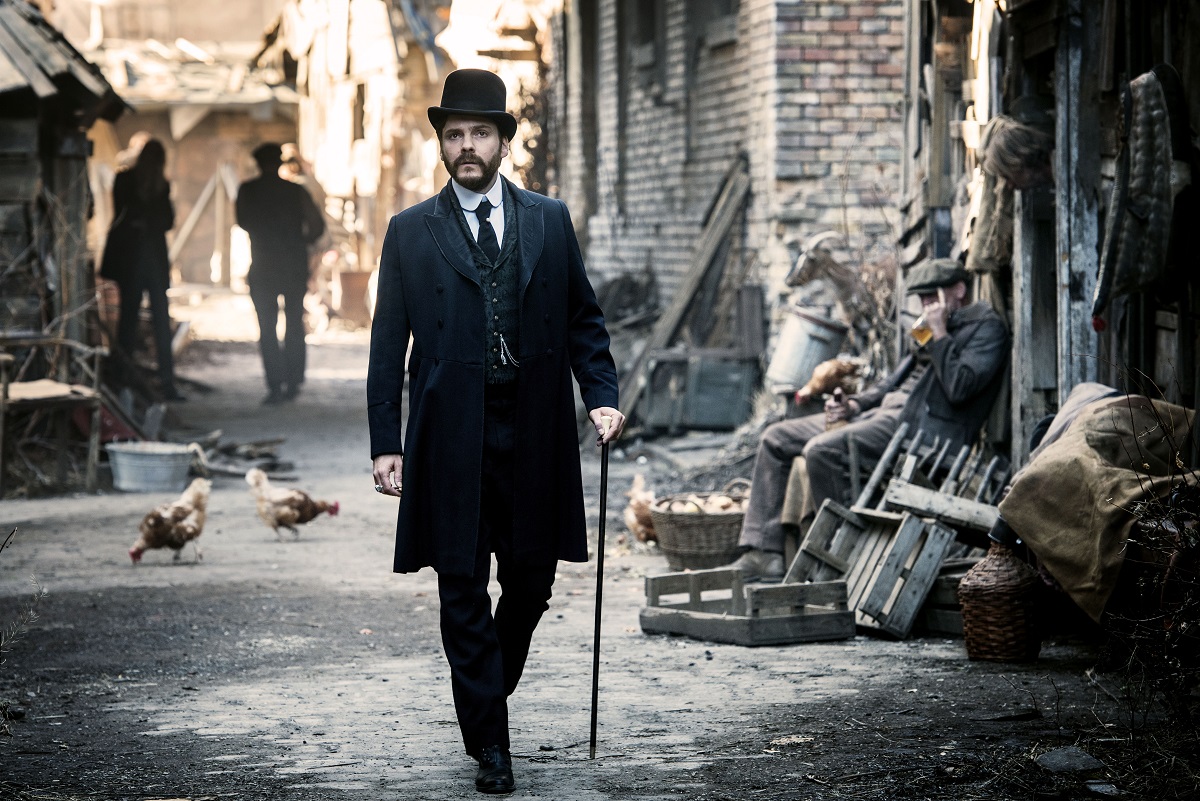 Full stop. I want another season of this show to be a thing that happens. The Alienist concludes Monday night with an excellent final chapter that, if it’s the last one ever, totally suffices, but I’m still not sated.

It’s an hour full of confessions, apologies, and reveals that finds our team rebuilt and finally facing down the monster. I’m pretty new to Luke Evans but I’ll follow him anywhere now. He has a series of really lovely, small moments as Moore faces the emotional turmoil of a now-missing Joseph and whatever it is he’s feeling for Sara.

Daniel Brühl gets his own chance to shine, especially in a scene with Dakota Fanning where Kreizler and Sara put their animosity aside and are united after discovering a kinship about surviving terrible things. I’ve adored Fanning since the miniseries Taken, and I love watching her as an adult. Sara’s been a great role for her.

The Isaacsons prepare for battle, too, and when Marcus is confronted by Esther about ghosting her, he has to stand or fold. Brian Geraghty digs a little deeper with Roosevelt, too, as the future POTUS wrestles with the ramifications of the investigation and weighs his own legacy.

The finale is credited to three writers–series producers Cary Joji Fukunaga and John Sayles and It‘s Chase Palmer–and directed by Jamie Payne. It’s a countdown to the next kill and a race against time that also requires the team to evade Connor and the former Chief.

There’s a legitimate amount of tension about who will and won’t survive, with a little time leftover for closure of most, if not all, threads. FYI warning: unfortunately, they also threw in one more scene of (unnecessary) animal violence.

If we get a second season, this first season absolutely works as the origin story. From here, there are many more tales to tell, both about the psychology of criminal behavior, and the interpersonal dynamics of a haphazardly constructed crew that became a family. The series has done very, very well for TNT, so I’d never say never. I really do hope they find a way to do return.

The Alienist season finale airs Monday at 10 pm/9c on TNT. Here’s a sneak peek and a recap of the first season. Thank you for spending the season with us!