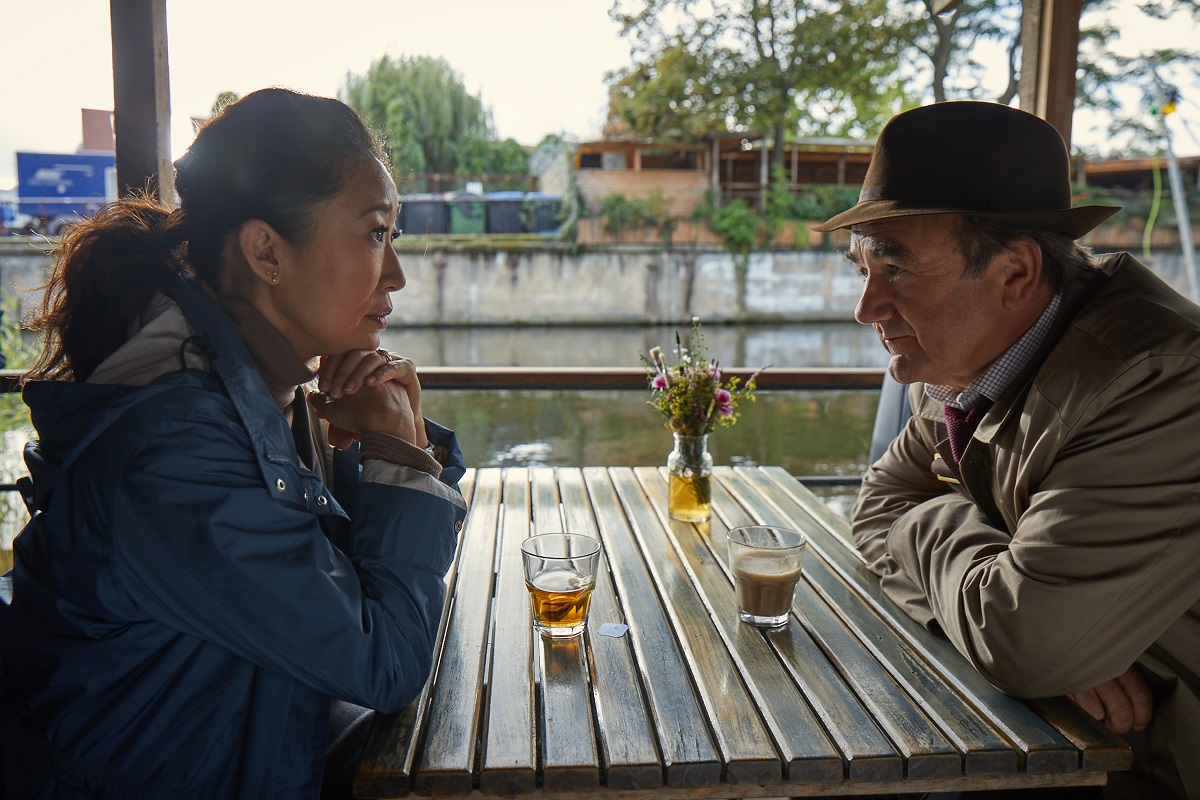 Three episodes into Killing Eve‘s freshman season, we’re getting into a tonal thing where happy go lucky meets deadly and personal, and in my case, irritation. I’m still watching, but this one may have flipped me to a week-by-week consideration vs. must-watch.

When shows are written really smart, but they throw in predictable plot moves that you can see well down the road, I get disappointed. Mary Kills People did a little of this in its second season–but not in its first. This early into a series that’s trying to establish its parameters and boundaries, it feels a little disjointed for the obvious choice to be the only choice.

Villanelle lands in Berlin for her latest assignment and adds an extra twist of a calling card that serves to summon Eve and Bill to come play with her, which they do. Eve’s initially rattled by the twist but she’s also fixated in a way that she can’t quite verbalize, until she does and Bill calls her out on it.

Niko, on the other hand, feels threatened but can’t exactly put his finger on why. What we see, though, is Eve willingly walking toward the seductive embrace of one world, and, whether she intends to or not, loosening her tether to the world in which she actually lives. And she’s torn about it.

She’s not the only one enthralled. When Konstantin gives Villanelle one job related to Eve, she spins it into an entirely other direction, enacting her own version of role-playing and stalking to gain better insight into her possible next prey.

Krypton Underestimates the "House of Zod"