Previewing A Discovery of Witches: Episode 7 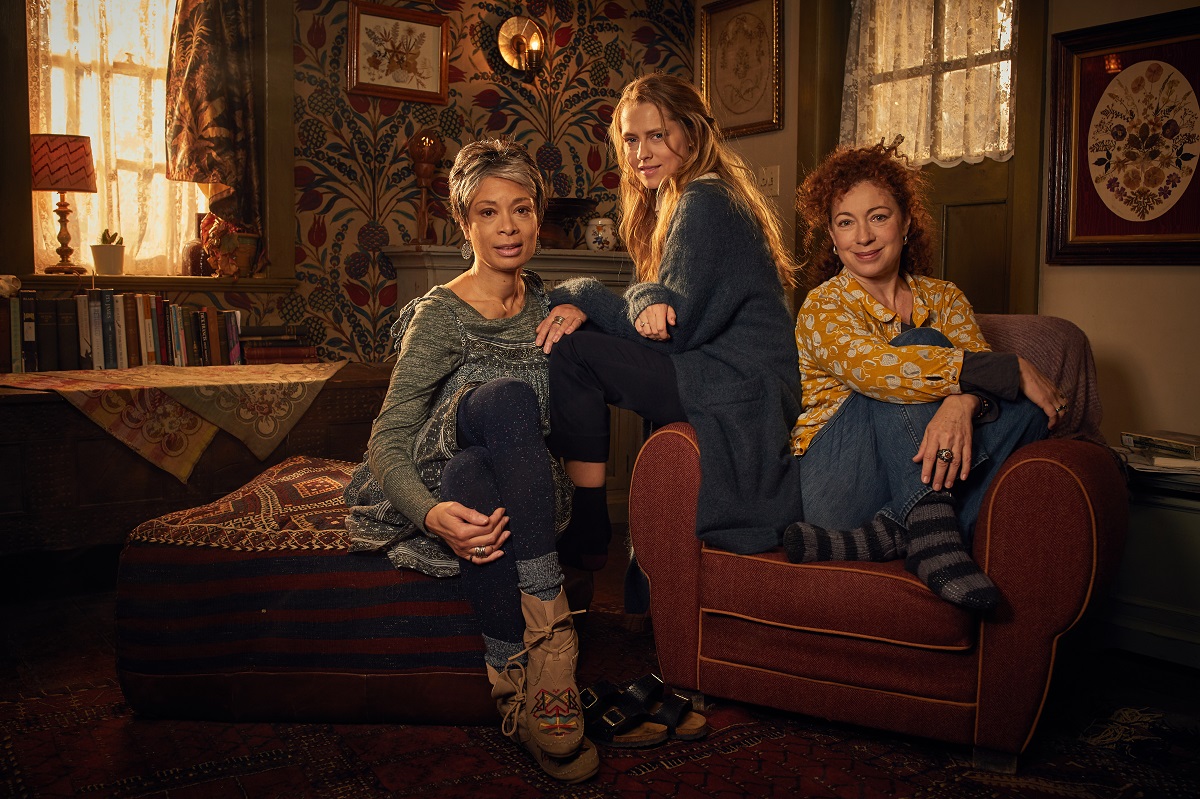 Sunday night on the penultimate Season 1 episode of A Discovery of Witches, Diana and Matthew leave Sept-Tours and head stateside, followed in short by a who’s who of welcome and unwelcome guests.

The trip home finally reunites Diana with Sarah and Em. She comes not only for refuge, but also answers to who bound her powers, and when and why. That begets a complicated, historical answer, and initiates new training for her to better hone her long-dormant abilities.

Matthew is placed in the precarious position of now being wholly in witch territory, and while Sarah and Em are welcoming, to a point, Sarah is also salty about a few of Matthew’s presumptions about the best course of action. And we see that Diana herself is closer to Em than her mother’s sister.

Thre’s also some lingering Congregation business to sort out about what happened last week. And Agatha goes to see Hamish and confide in him, making the point that she needs to know where Diana is.

We’re also treated to a revealing (on a couple of levels) scene between Matthew and Diana when life-or-death training takes a turn toward something else. Matthew comes clean about some of his secrets and Diana puts his mind and heart to rest with her response.

Set those DVRs for over a bit, too, because the final scene is on the same level as the closing moments of episode 5. Sarah Walker directs a script by Sarah Dollard.

A Discovery of Witches airs Sunday night at 9 pm/8c, simulcast on BBC America and AMC. You can also stream all of the first season now on AMC Premiere, Shudder and Sundance Now. Here are a couple of sneak peeks of episode 7.

Photos and Videos Courtesy of AMC.

Van Helsing Preview: “For Me”