Previewing A Discovery of Witches: Episode 8 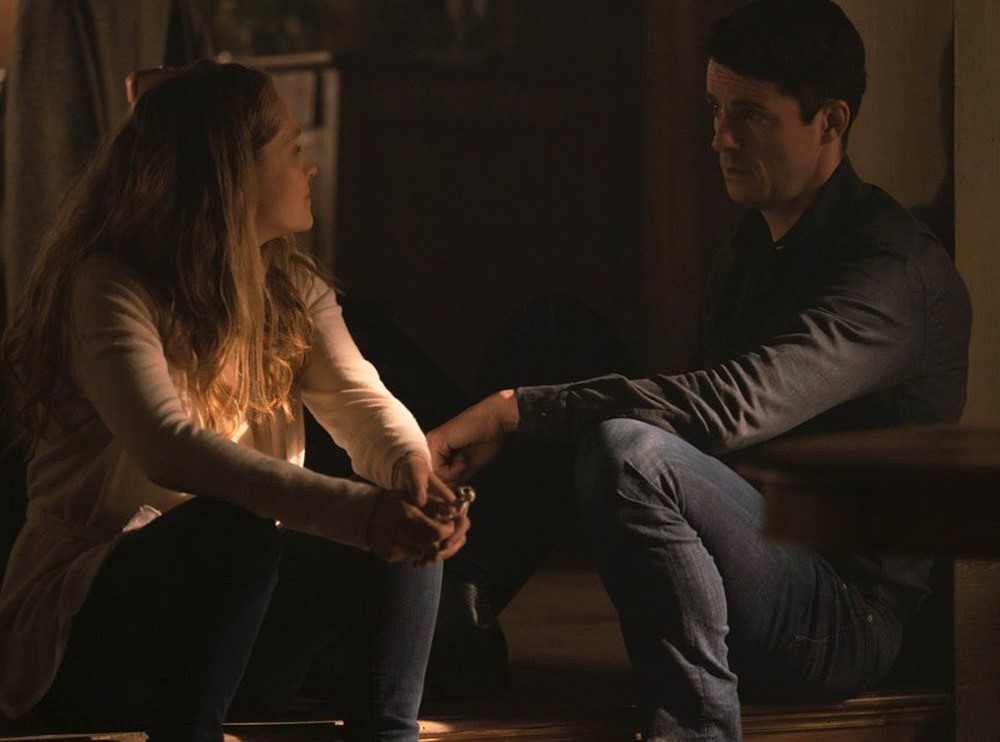 For the uber-patient viewers out there who didn’t scramble to the nearest streaming service after last week’s cliffhanger, A Discovery of Witches wraps its first season Sunday night with a tantalizing set up for Season 2, which will film this summer, and we’re assuming, air next year in the US after a UK premiere.

As Episode 7 closed, Diana literally walked right into Juliette’s trap. And that’s where the action begins in the finale as an all-out supernatural brawl erupts with more than one of the parties taking on dire injuries. It’s super-helpful that the scene of that is on the same property where some pretty powerful vampires and witches are up in the main house.

And that’s just the first hurdle of the episode. Sophie (Aisling Loftus) and Nathaniel (Daniel Ezra) arrive, bearing news of what they think they know. And then Agatha (Tanya Moodie) tells them what’s brewing with the Congregation. All of that leads to fairly drastic measures to keep Diana and Matthew safe from being hunted.

It’s an emotionally rich episode that allows Diana to find peace with her aunts, Matthew to recognize Marcus in his own right, and Sophie to finally understand what her dreams have meant. It also features a lovely callback to episode 4. Sarah Walker directs a script by Kate Brooke.

A Discovery of Witches airs Sunday night at 9 pm/8c, simulcast on BBC America and AMC. You can also stream all of the first season now on AMC Premiere, Shudder and Sundance Now. Here are a couple of sneak peeks of episode 8. Thanks for spending the season with us!

Images and Video Courtesy of AMC.

Game of Thrones "The Iron Throne"