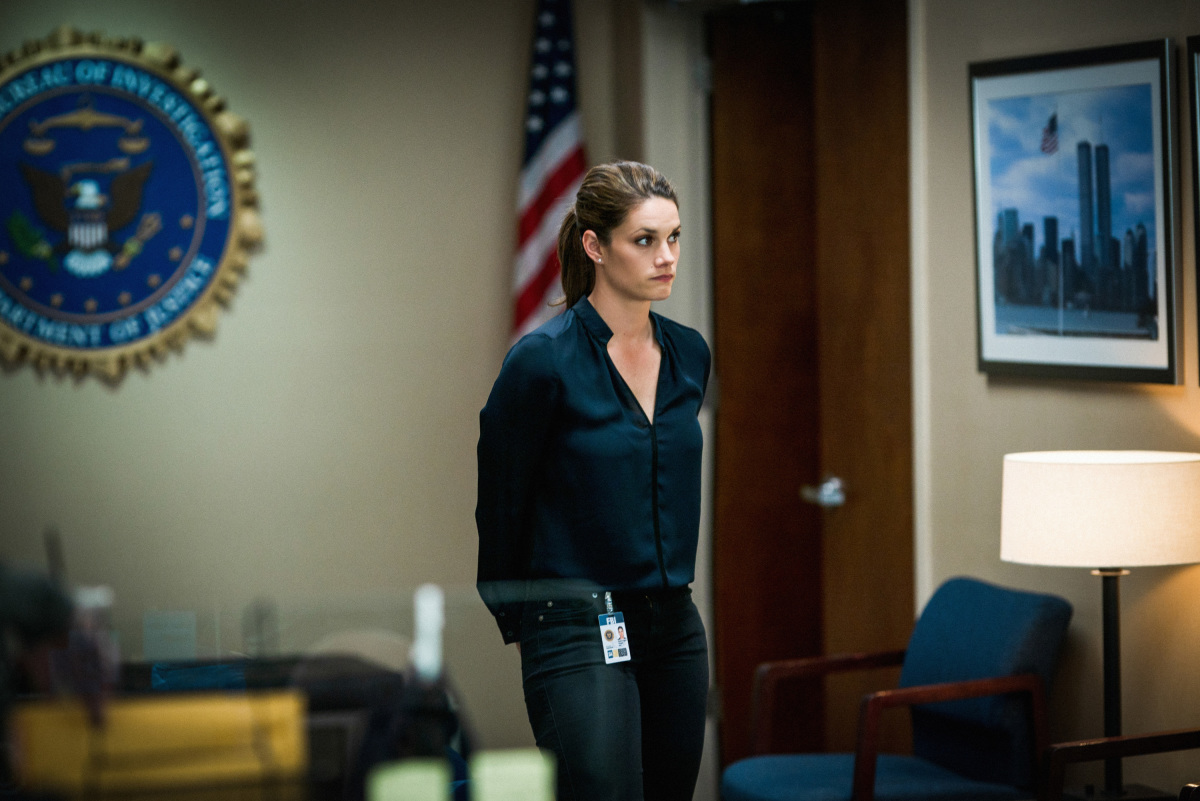 Closure" -- A woman with information about the death of Maggie's (Missy Peregrym) husband is abducted, leading OA (Zeeko Zaki) and the team to uncover a criminal operation larger than anyone imagined. Also, Dana (Sela Ward) puts her career in jeopardy when she stands by and allows Maggie to work on this case that has such a personal connection to her, on FBI, Tuesday, May 14th (9:00-10:00 PM, ET/PT) on the CBS Television Network. Pictured Missy Peregrym as Special Agent Maggie Bell Michael Parmelee/CBS ÃÂ©2019 CBS Broadcasting, Inc. All Rights Reserved

The rookie year of CBS’ FBI couldn’t be going any better. It earned an early renewal at the end of January. And a spin-off is already on its way. The network recently gave FBI: Most Wanted (starring Julian McMahon) the greenlight.

“I’ve never been in an experience like that, where people believed in the show so early and committed to us,” says star Missy Peregrym about the procedural’s quick season two pick-up. “It was overwhelming to a certain degree because we were working so hard to create the first. But it was also like, okay, I’m so tired. I’m going to deal with that during season two and just keep finishing my day.”

The Dick Wolf production is finishing out the season on a strong note. Last week’s penultimate episode was first overall in its time slot racking up 8.86 million viewers.

On FBI, Peregrym plays Agent Maggie Bell. She’s tough, diligent, empathetic and as it often goes on these types of shows, a bit damaged. The actress previously known for her role on ABC’s Rookie Blue says she enjoys playing the complexity of the character.

“I like the gray area. I like to play that she can get the job done but it’s not easy all the time. And it’s not obvious all the time [to know] what you’re supposed to do because who lives with that confidence? There’s such power in my position and to take a life is a very serious thing to do and so you better be on your game. But, also, you’re a human, who has grief and sorrow over losing a husband and then finding out that he was probably murdered and that’s a lot to process.”

Agent Bell’s through line over this first season is the tragic ending to her marriage. The character tried to achieve a sense of closure when she met with the man who received Jason’s heart.

“She lost him but he gave life for somebody else and there’s something really powerful about that. I’m really happy they created that storyline. I think it’s sad and it’s also really joyful; it’s both things at the same time.”

Can closure truly come when there are so many questions over the way her husband died? Maggie originally believed it was an accident. But now she’s realized there may be something more sinister behind the journalist’s death.

In the penultimate episode, we found out her coworkers are helping her suss out the truth. At the very end of the hour, new information materialized. Maggie learned Jason frequently connected with a mystery woman during the last week of his life. Look for the finale to continue to focus on this investigation.

“Maggie has been working on this stuff. We just haven’t been showing it. There’s been stuff going on behind the scenes, those things come to light,” Peregrym teases. “[In the finale], we dig into it further. And I love these episodes when you can actually carry over onto the next thing. I love a good cliffhanger.”

One thing Peregrym can reveal about the finale is that “there’s definitely a surprise that I don’t think people will be ready for.”

Whatever happens there are two emotions she says to expect her character to be feeling in the episode appropriately titled “Closure”: “Anger. Desperation. That’s all I’m going to say.”

The season one finale of CBS’ FBI airs Tuesday night at 9/8c on CBS.

Official Synopsis for “Closure”: A woman with information about the death of Maggie’s husband is abducted leading the team to uncover a criminal operation larger than anyone imagined. Also, Dana puts her career in jeopardy by standing by and allowing Maggie to work on the case, which has such a personal connection to her, on the first season finale of FBI, Tuesday, May 14 (9:00-10:00 PM, ET/PT) on the CBS Television Network.

Previewing A Discovery of Witches: Episode 7

Game of Thrones "The Bells"