POV Preview: A Group of Hasidic Women Confront Patriarchy and Prejudice in “93Queen” 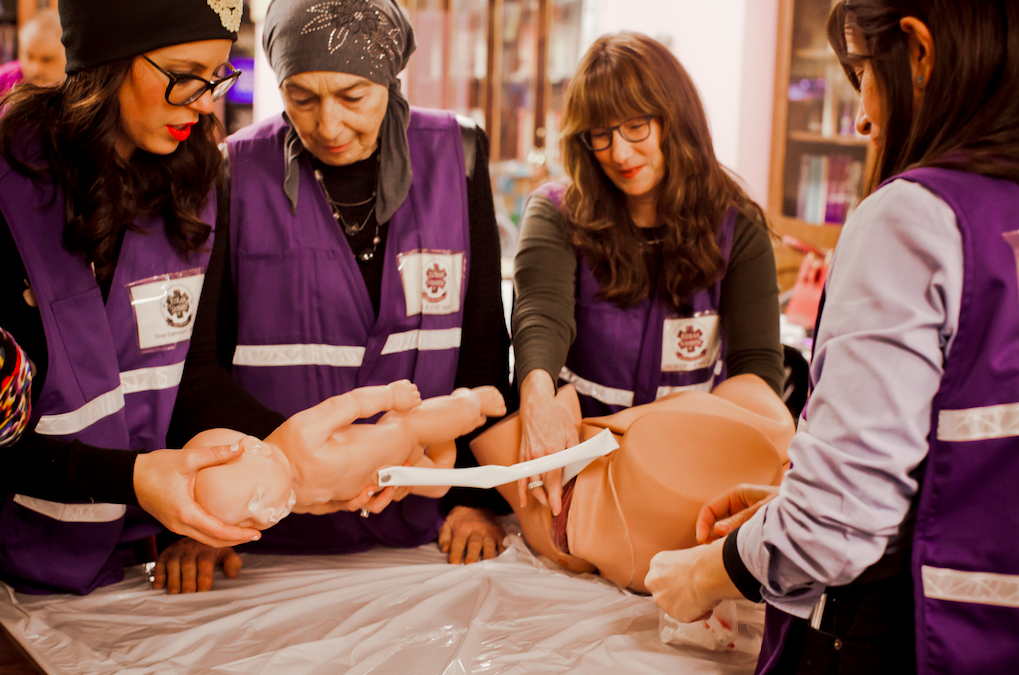 I am not religious in any way, but I do find organized religion fascinating. What little I know about Hasidic Judaism, Iâ€™ve learned from movies. So, I canâ€™t say my education has been accurate or in any way complete. Not only is 93Queen a fascinating look into a group of orthodox women trying to provide a much-needed service to their community, but itâ€™s an â€œidiotâ€™s guideâ€ (at least for me), to this way of life.

Because the Hasidic Jewish community in Borough Park, Brooklyn were waiting up to 30 minutes for an ambulance to arrive after calling in their emergencies, the Hatzolah Emergency Medical Service was founded in 1969. It has since grown in the largest volunteer ambulance corps in the world and their average response time is mere minutes. But the Hatzolah is stricly men. So, what if a pregnant women wants a female EMT? Before Rachel â€œRuchieâ€ Freier and the Ezras Nashim (which translates to â€œwomen who helpâ€), that wasnâ€™t possible.

Ruchie Freier, the seemingly tireless dynamo at the heart of this story, is already something of an anomaly in this community. A practicing lawyer for years, she’s used to breaking down barriers. But she acknowledges the communityâ€™s prevailing view of a womanâ€™s role: â€œThe focus of a woman is being a mother. Any profession, or extra schooling, is discouraged.â€ So when a community like this is actively denigrating you and openly rooting for your failure, what do you do? Push harder.

Although the rules against contact between unmarried men and women are waived during medical emergencies, Freier explains, â€œMost Hasidic women want a woman to help them.â€ But the backlash to even having a discussion about orthodox female EMTs is immediate. An anonymous Hatzolah interviewee says, â€œThe community itself will rebel against any organization trying to do things against [us]. In reality, there are gender specific roles. Weâ€™ve never had a woman president. Most CEOs are still men. Sometimes itâ€™s just the way it is, whether you like it or not.â€ A flood of more openly hostile online comments and memes evinces a desire to stop the new organization. But they won’t be deterred.

Although Ruchie is the public face of the group there are several other member of Ezras Nashim. Co-founder Yocheved, a recent convert with more than 20 years of EMT experience in the secular world; Yitty, a young mother who had childhood dreams of being a doctor; and Hadassah, a recently divorced woman who joins, she says, because â€œno woman should ever be too embarrassed to call for help.â€

But a rift emerges when unmarried recruits are barred from working in the field due to Freierâ€™s decision to allow only married women to go out on calls. Ruchie reiterates her commitment to keeping within religious boundaries while she also acknowledges her role in cracking the glass ceiling: â€œObviously I couldnâ€™t achieve this position if the women who have been trailblazing for womenâ€™s equality hadnâ€™t made it possible, so my connection with secular feminism, I think, is very obvious. But you canâ€™t just in one sentence narrow me down to a few specific words.â€

Can Ruchie and the Ezras Nashim overcome their internal struggles and be successful in their community?Â â€œNo one embodies the confounding dichotomy between tradition and modernity quite like Ruchie Freier. While toeing the blurred line between redefining traditional roles and merely updating them, Ruchie takes matters into her own hands to move her community forward,â€ said director Paula Eiselt. â€œ93Queen neither demonizes nor sanitizes the Hasidic community, but rather introduces viewers to the type of complex and nuanced Hasidic human beings many donâ€™t believe exist.â€

93Queen premieres Monday, September 17th at 10/9c on PBS. Want to learn more about Ezras Nashim, Hasidic Judaism or any of the women in the film? Check out the POV discussion guide.

No One Would Tell Preview