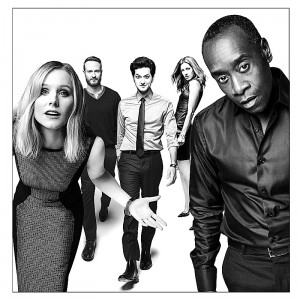 Jeannie (and Doug) are back with Marty, where they belong. Clyde seems to be willing to eat a little humble pie to worm his way back into Marty’s good graces. Monica is still (and will always be) batsh*t crazy. And Roscoe kissed Lex.

House of Lies airs Sundays at 10/9c on Showtime.VIDEO 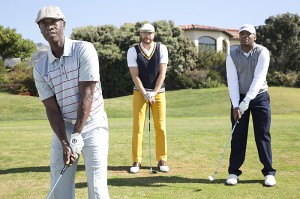 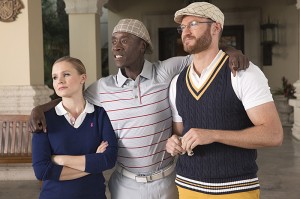 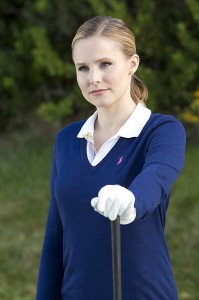 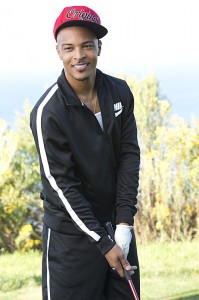 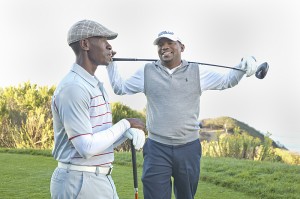 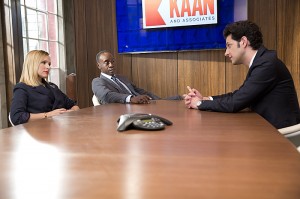 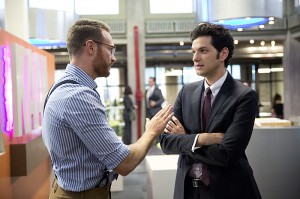 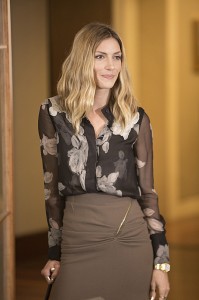 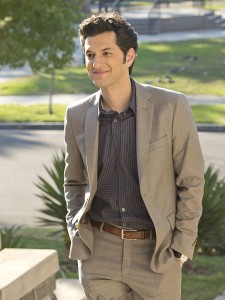 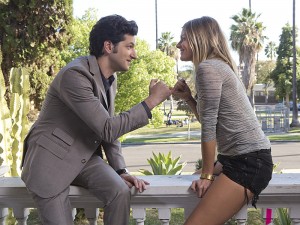 Creator/EP Matthew Carnahan talks about the season so far.

What would you say is the main theme of this season? Any notable changes since last season?

Matthew Carnahan: “The theme of this season is wreckage — how the wreckage of Marty’s past comes back to haunt him, both personally and professionally.Â It was that wreckage that led to our biggest change since last season, Marty going off to start his own shop and none of the Pod members going with him.Â Â When we come into season three, Martyâ€™s at his own shop, Jeannie and Doug have remained at Galweather Stearn, and Clydeâ€™s working for Monica at Kinsley.Â Â Part of the fun of the early part of the season is seeing what the group looks like separately before eventually bringing them back together.”

When we start the season, whatâ€™s happening with Doug, Clyde, Monica, Jeremiah and Roscoe? Is Roscoe at peace with his gender fluidity?

Matthew: “Doug and Clyde are both questioning the career decisions they made at the end of last season — Clyde, in particular, whoâ€™s discovering the hell that is working for Monica. Â Roscoe’s journey this season is about his exploration of a relationship, and the complexities and confusion that result not only for him, but for Marty and Jeremiah as well. ”

Tell us about the two â€œPodsâ€ this season. Who would win in a knife fight â€“ Martyâ€™s new Pod (Will, Jeffrey, Caitlin) or Jeannieâ€™s (Doug, JC, Benita)?

Matthew: “Marty and Jeannie would never let their Pod members just bring a knife to a knife fight.Â Whereâ€™s the advantage in that?Â Â But if it did come down to a â€˜Sharks vs. Jetsâ€™ scenario, that would be too close a fight to call.Â Â But regardless of the outcome, Martyâ€™s creepy Pod member Jeffrey would definitely take the most pleasure from it.”

Tell us about guest stars Mekhi Phifer, Tip â€œT.I.â€ Harris and Eliza Coupe. Are there any other names on tap for this season?

Matthew: “In the business arc of the season, Mekhi and Tip play business partners with a shady past who have very different ideas for the future of their company, and Martyâ€™s caught in the middle.Â Â Eliza has a multi-episode arc as both a love and business interest of Clydeâ€™s.Â Â We are extremely fortunate in the caliber of guest cast we have this season.Â Â And with more consulting worlds to populate, we had the opportunity to bring in a lot of great comedic talent.”

What is more important to Marty: the success of his new firm or winning Jeannie (in work and life)?

Â Matthew: “Marty would probably give you the consultant runaround on that one.Â Â He wants it all.Â Â And thinks he can have it all. Itâ€™s less about which is more important, but what heâ€™s willing to do, the sacrifices heâ€™s willing to make, in his attempt to have both.”

Any hints you can give us about whatâ€™s in store for viewers this season?

Matthew: “As the theme of the season is wreckage of the past, watch out for some oldÂ faces to reappear. ”

Marty and Jeannie: Will they or wonâ€™t they?

Matthew: “Â Should they?”